Subaru Philippines has 16 dealerships nationwide where exciting models such as the Subaru XV, Subaru Forester, Subaru Levorg, Subaru WRX, and the Subaru BRZ are displayed ready to fulfill your driving desires. If you opt to view the stated models online, you may visit Philkotse.com where many are up for sale with promos, along with the most updated price list. You may also read professional car reviews and be updated with the latest motoring trends.

Subaru’s rich history started in 1955. It was founded by Kenji Kita, the Chief Executive Officer of Fuji Heavy Industries at that time. The company was known for its aircraft research laboratory but wanted to build a car to satisfy the demands of consumers.

After consulting the business, he decided to name the company “Subaru,” the Japanese name for the Pleiades, a star cluster. Their first automobile, the Subaru 1500 was then released fitted with a 1.5-liter four-cylinder overhead valve engine.

It was then followed by the Subaru 360, a compact two-door light automobile known as “ladybug’’ in Japan. The company released other models such as the Subaru Sambar, a class truck, and the Subaru 1000, the company’s first front-wheel-drive vehicle.

To facilitate competitiveness obliged by the Japanese Government, Nissan bought 20.4% of Subaru’s parent company, Fuji Heavy Industries. As a result, almost all of its lineup utilized Nissan’s motor parts and vice versa.

The merge was ideal as impressive models were introduced in the market such as the R-2, the Leone, the Rex, the BRAT, Alcyone, Legacy, Impreza, and Forester was released from 1969 to 1997.

Other notable companies, through Fuji Heavy Industries, collaborated with Subaru such as Toyota. Their teaming up gave birth to the Toyota Camry and the highly acclaimed Toyota 86.

Subaru penetrated the Philippine market in the 1990s through the efforts of Columbian Motors Philippines. After a couple of years, Motor Image Pilipinas took over the distribution and importation.

Presently, there are 16 dealerships nationwide where exciting models such as the Subaru XV, Subaru Forester, Subaru Levorg, Subaru WRX, and the Subaru BRZ are displayed ready to fulfill your driving desires.

If you opt to view the stated models online, you may visit Philkotse.com where many are up for sale with promos. You may also read professional car reviews and be updated with the latest motoring trends.

2. Most inquired Subaru cars in the Philippines

Subaru Philippines is selling 7 new models in the local market. The most searched-for Subaru cars in its local lineup include the Forester, BRZ, XV, and WRX.

The list below shows top Subaru dealerships on Philkotse.com. To find a contact number, address, and further information on other showrooms in your area, please visit our page for Subaru Philippines’ dealerships.

The new Subaru BRZ is one of the most sought after models of the legendary Japanese car manufacturer - Subaru Corporation. The BRZ or the Boxer-Engine, Rear-Wheel Drive Zenith, is a sports coupe known for its intimidating front end, sophisticated interior, and outstanding engine performance. In the Philippines, it is meant to challenge the Hyundai Genesis Coupe and the Toyota GT86, a collaborative product of Toyota and Subaru. Locally, the only variant available is the Subaru BRZ 2.0 AT. Choose from Crystal White Pearl, Dark Grey Metallic, Ice Silver Metallic, and Crystal Black Silica. For those wanting to bring a splash of invigorating color on the road, Lapis Blue Pearl, WR Blue Pearl, and Pure Red are also in stock.
Learn more View listings
Variants and price list

<p>The new Subaru Evoltis is the car brand&#39;s challenger in the premium seven-seater crossover SUV segment. It is currently the&nbsp;largest vehicle&nbsp;produced by Subaru Corporation. It is designed with a bold and composed exterior that features similar design details found on other Subaru vehicles such as the Forester.&nbsp;Stepping inside its generous cabin is a breathtaking experience as it is fitted with modern amenities families or groups of friends will enjoy.&nbsp;The&nbsp;<a href="https://philkotse.com/market-news/subaru-evoltis-philippine-debut-soon-10109">PH-spec 2021 Evoltis is built in Subaru&rsquo;s plant in Lafayette, Indiana</a>. The Philippines is the only market in the Motor Image Group in Asia to offer the model. The local market&rsquo;s fascination with seven-seater vehicles is part of the many reasons why the 2021 Evoltis is available here.&nbsp;Subaru Philippines is offering only one variant of the 2021 Evoltis, the 2.4 Touring EyeSight, which comes with a sticker price of Php 3,480,000. It&rsquo;s available in five colors: Crystal White Pearl, Ice Silver Metallic, Crystal Black&nbsp; Silica, Crimson Red Pearl, and Abyss Blue Pearl (brand-new color).</p>
Learn more View listings
Variants and price list

The new Subaru Levorg is a compact sports wagon vehicle designed to provide outstanding performance in any terrain under any weather condition. Its interesting name is a combination of Legacy (LE), Revolution (VO), and Touring (RG), a glimpse of what this wagon is capable of. Currently, the Subaru Levorg 1.6 GT-S CVT and the Subaru Levorg 2.0 GT-S with Eyesight is locally available. You may choose from Ice Silver Metallic, Dark Grey Metallic, Crystal White Pearl, and Crystal Black Silica. For those opting for a vibrant colored vehicle, you may choose from Lapis Blue Pearl, Storm Grey Metallic, and Pure Red.
Learn more View listings
Variants and price list

The new Subaru WRX is an acclaimed sporty sedan based on the Japanese car manufacturer’s other model, the Subaru Impreza. Subaru Corporation used “WRX” in ode to the World Rally eXperimental, a championship match where this model usually participates. This legendary vehicle is fiercely styled with modern details inside and out. Its core is trained to compete but can be tamed for daily use. Two variants are available in the Philippines: the Subaru WRX 2.0 MT and the Subaru WRX 2.0 CVT with Eyesight. It is offered in Dark Metallic Grey, Ice Silver Metallic, Crystal Pearl White, Crystal Black Silica, Lapis Blue Pearl, WR Blue Pearl, and Pure Red.
Learn more View listings
Variants and price list

The Subaru WRX STI is one of the most iconic models released by Subaru Corporation. It belongs to a dying breed of compact vehicles made not just for strolling around. Worldwide, it is celebrated as a racing legend built with one thing in mind: to win. Inside and out, it is packed with innovations not just to bring comfort, but to match its unstoppable performance. Locally available is the Subaru WRX STI 2.5 MT. You can choose from Dark Grey Metallic, Ice Silver Metallic, Crystal White Pearl, Lapis Blue Pearl, Crystal Black Silica, WR Pearl Blue, and Pure Red.
Learn more View listings
Variants and price list

<p>The new Subaru XV is a subcompact crossover made to conquer concrete roads and challenging terrains efficiently. Inside and out, it is stylishly built with innovative and exciting features everyone will enjoy. Subaru Philippines is offering one variant of the new XV, the 2.0i-S CVT with EyeSight technology. The&nbsp;Subaru XV carries a sticker price of Php 1.908 million, and it is available in a range of eight colors.</p>
Learn more View listings
Variants and price list 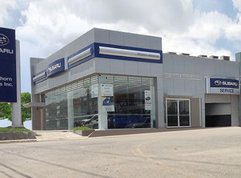 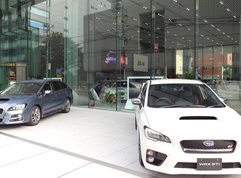 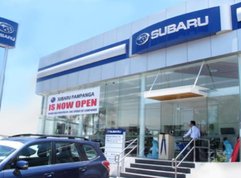 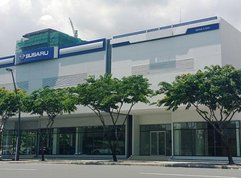