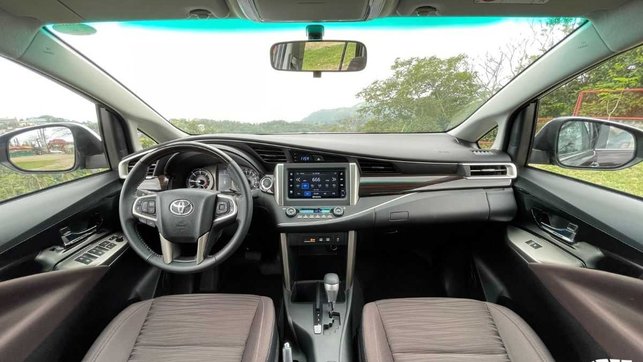 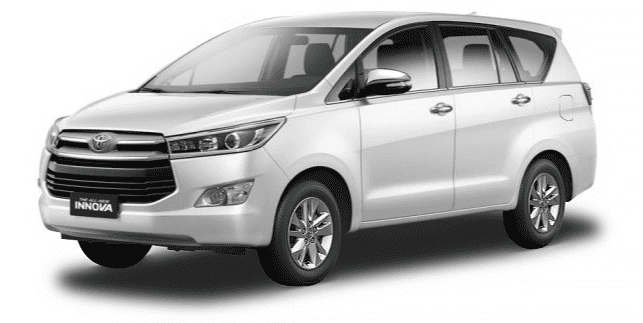 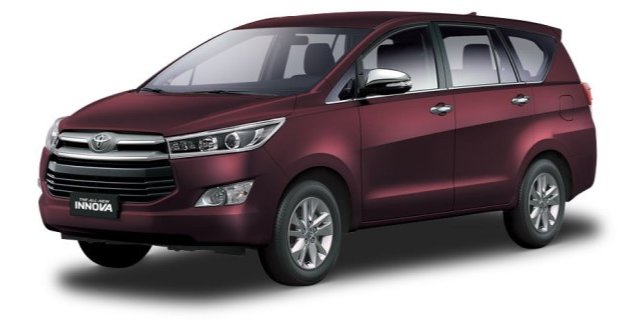 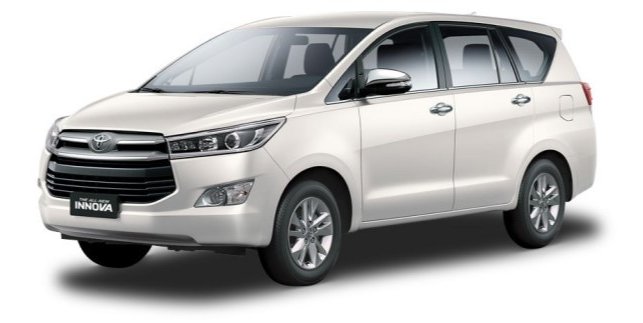 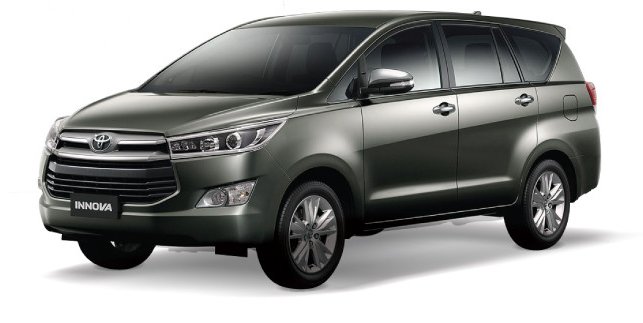 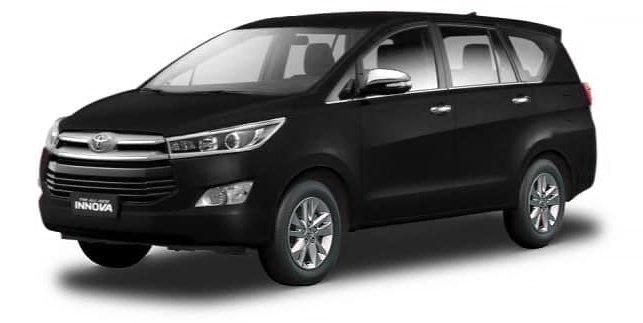 For the Philippine market, the Toyota Innova 2021-2022 has only one engine option. It uses a 2.8-liter turbodiesel engine capable of producing up to 171 horsepower and 360 Nm of torque. Depending on the variant, uses uses a five-speed manual gearbox, or a six-speed transmission. Size-wise, this Toyota-made MPV is 4,735mm long, 1,830mm wide, and 1,795mm in height.It also has a wheelbase length of 2,750mm, and a ground clearance of 178mm.

The current Toyota Innova is the facelifted second-generation which reached our shores in 2021. The popular MPV comes with four variants – the base model J, lower-tier E, middle trim G, and the top-spec V variant. Its sole engine choice is a 2.8-liter inline-4 turbo diesel, and it can either come with a five-speed manual gearbox, or a six-speed automatic gearbox.

Upfront, the Toyota Innova features a multi-reflector halogen headlight except for the V variant that comes with LED projector-type headlamps with clearance lamps.

This MPV comes with a colored-keyed bumper with a rear reflector. The grille, however, varies from one variant to another.

The V variants of the Toyota Innova also features LED fog lights with chrome bezel, as well as a pair of LED daytime running lights. Halogen fog lights and chrome bezels are featured in the rest of the lineup except the J-spec that does not have fog lights.

The G and V variants come with grip type exterior door handles with chrome accents. The E and J variants only get color-keyed door handles. Seven people can sit inside the V variant of the Toyota Innova, while the rest of the lineup has an 8-seater cabin. The whole lineup gets a fabric seating material with varying colors depending on the variant. The interior's primary color is black with silver accents on aircon vents and across the dashboard. The trim of the passenger dash accent will change depending on the MPV’s variant.

Tray tables mounted behind the front seats and captain chairs for the second row are available in V variants. For the G variants, foldable tray tables are available that can be stored away easily. Seven people can sit inside the V variant of the Toyota Innova, while the rest of the lineup has an 8-seater cabin

Overall, the Toyota Innova gets a stylish contemporary interior. The upper part of the dashboard features a flowing shape. The gauge cluster is pretty the same as that of the Corolla Altis. A 7-inch touch screen is available for V ang G variants, the E gets a 6.75-inch unit, while the J gets 2-DIN unit.

Handling the entertainment of the Toyota Innova is a 2-DIN touch screen display that measures 7 inches. It comes as a standard in the V and G. The E on the otherhand gets a 6.75-inch screen, and the J gets a 2-DIN unit. The touchscreen units are capable of connecting via Apple CarPlay, Android Auto, USB, Bluetooth, and AUX.

Push-start ignition and automatic climate control are also available in the top variants of Toyota Innova.

Intermittent wipers, along with mist function and time adjuster, are also available in G and V variants that come as standard. The rear wiper is a standard feature in all its lineup, however, it lacks intermittent functions. Some of the standard safety features in this popular MPV are driver and passenger airbag, child safety locks, hill-start assist, stability control, ABS with EBD, crash sensors, and front and side-impact beams.

>>> Read the following articles to have better understanding about this MPV:

Toyota Innova Philippines is a 5-door wagon compact MPV that shares the same platform with the Fortuner and Hilux. It sits on Toyota's IMV platform with a front-engine.

The halting is handled by ventilated discs for the front brakes and leading-trailing drum brakes for the rear brakes.

The front suspension of the Toyota Innova is handled by an independent double-wishbone coil. The rear suspension, on the other hand, gets a 4-link coil spring system – the same suspension system used in its predecessor. Just like its predecessor, the Toyota Innova comes with a rear-wheel-drive drivetrain.

>>> New and used Toyota Innova for sale in the Philippines

*** Please note that the Toyota Innova‘s prices might differ in some showrooms and should serve as reference only. 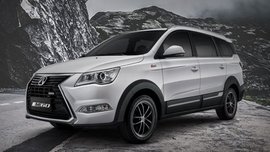 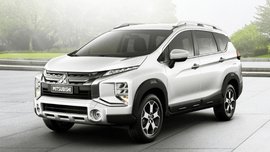 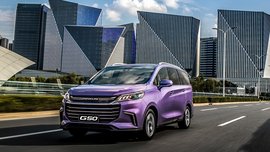 Is the Toyota Innova an SUV?

No. The Toyota Innova is classified as an MPV.

Which Toyota Innova colour is best?

"The Toyota Innova iavailable in 7 color options including Freedom White, Silver Metallic, Red Mica Metallic, White Pearl, Black Mica, Alumina Jade Metallic, and Blackish Red Mica. It's difficult to tell which color is best since this depends on each one's preference. However, Silver Metallic seems to be a popular choice."

Is the Toyota Innova fuel efficient?

Yes. The Innova holds the top position of its class when it comes to the Department of Energy's fuel efficiency test result. Particularly, its fuel consumption is around 9.1 l/100km combined with 11l in city and 7.8l on highway.

Absolutely. The Toyota Innova is one of the best-sellers of Toyota Motor Philippines. It has become a logical choice in the MPV segment because of its seating capacity, diesel mill, and raised ride height.

How many seater does the Toyota Innova come offered with?

The Toyota Innova is a compact MPV that can accommodate 7 occupants while other variants have a seating capacity of 8. 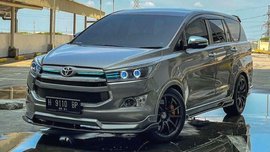 Add a few mods so you can create a distinction from the rest. 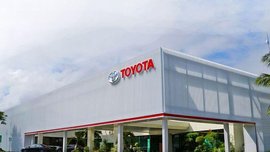 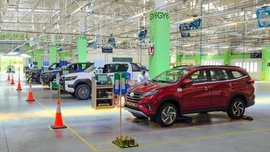 It comes with a stockyard that can accommodate up to 4,500 vehicles. 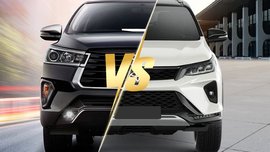 MPV vs SUV: Which is the better family vehicle? [Poll of the Week]

Which vehicle type are you in favor of? Cast your votes now.