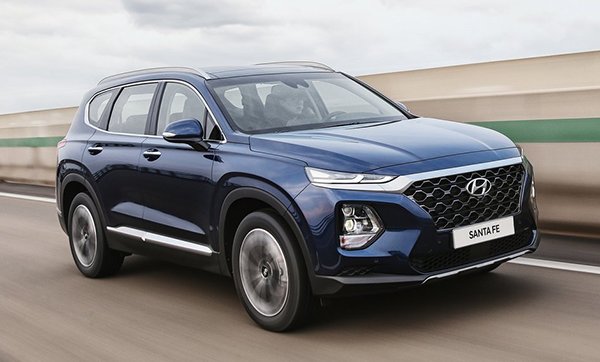 The current iteration of the Santa Fe was introduced in South Korea and Geneva in 2018, making its Philippine debut at the Manila International Auto Show that same year as a 2019 model. This version carries two-row seating, while the three-row, long-wheelbase variant was rebranded as the Santa Fe XL, eventually replaced by the Palisade in 2020.

The latest version of the Santa Fe features a very sharp, futuristic look

The Philippine-spec Santa Fe measures 4,770mm long, 1,890mm wide, and 1,680mm high, with a wheelbase of 2,765mm. Designed using the carmaker's Fluidic Sculpture aesthetic, the crossover is headlined by a fascia with the cascading grille that's surrounded by projector-type halogen headlamps (LED projectors with Dynamic Bending on the GLS High variant). Slim LED position lights are located on the corners of the hood's leading edge.

Black body cladding is standard on the front lip, sides, and wheel arches, terminating in a rear diffuser underneath the tailgate flanked by wraparound combination lamps. Standard roof rails lead to the rear spoiler equipped with a high-mounted stop light. The Santa Fe wears 18-inch alloys on the GLS Mid, upgraded to 19-inch wheels on the GLS High.

As far as the interior is concerned, the Hyundai Santa Fe sold in the Philippines offers room for up to seven occupants. Leather seats are standard across the range, as well as power adjustment and lumbar support for the driver. Second-row seats can be tumbled 60/40, while the third-row bench can be split fold in half. The cargo compartment is accessible via a power tailgate and is equipped with luggage lamps. The Santa Fe features automatic climate control with dual controls and a cluster ionizer.

The Hyundai Santa Fe sold in the Philippines is built around the Hyundai-Kia Y6 platform previously used on the sixth-generation Sonata midsize sedan. MacPherson struts are used in front while a multi-link suspension underpins the rear end. Ventilated front disc brakes work in tandem with solid rear discs.

Both trim levels of the Philippine-spec Santa Fe run on a 2.2-liter common-rail direct injection diesel engine with electronic variable geometry turbo (eVGT). This produces 197 hp and 441 Nm of torque, delivered to the front wheels via an 8-speed automatic transmission. 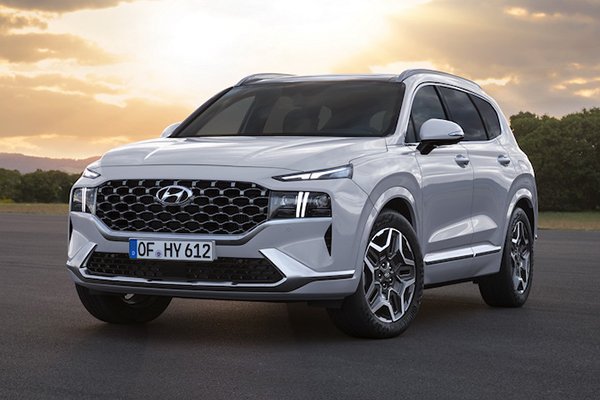 What does Santa Fe mean?

This Hyundai's midsize SUV is named after the historical city of Santa Fe in Mexico.

Does the Hyundai Santa Fe come with sunroof?

Santa Fe variants are not equipped with sunroof.

How many airbags does the Hyundai Santa Fe have?

The Santa Fe's base variant comes with 2 airbags while the top-spec model gets 6. 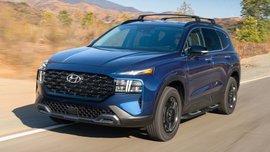 This or the standard model? 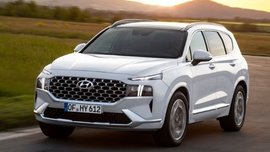 What do you know about Hyundai’s Advanced High-Strength Steel? This Hyundai dealer has sold 11 Buy One, Take One deals last month

This promo will be available until supplies last.