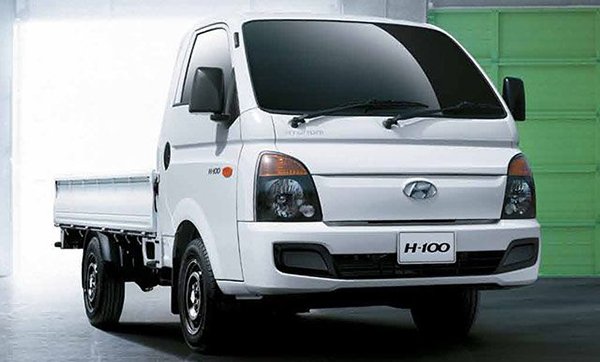 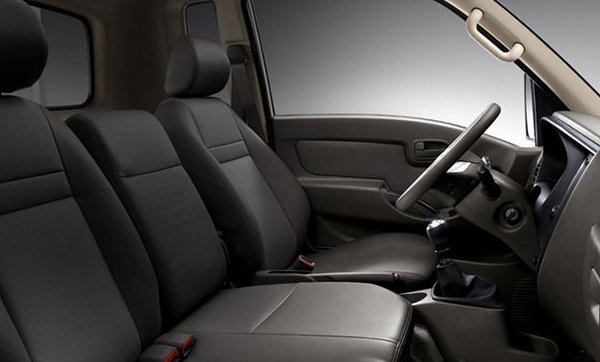 Hyundai Motor Company has been producing this carrier vehicle since 1977. It is also known as the Hyundai Porter in other parts of the world. The first-generation model, offered in both truck and minibus, was called the Hyundai HD1000.

In its second generation, the Korean automobile giant released a model that has now become a part of the Mitsubishi Delica range. The third generation was introduced in 1996 with more varieties such as a two-door and four-door truck, and a three-door and a four-door van.

The fourth-generation Hyundai was unveiled in 2004.  Due to the high demand of this working vehicle in many parts of the world, a refreshed version of the H100 was released in 2012.

All variants of the Hyundai H100 measure 4,795mm long, 1,740mm wide, and 1,965mm tall. Its front features a pair of tall headlights with rounded edges paired with lamps. A character line takes the place of a grille, giving it a subtle look.

The rear of the H100 is fitted with efficient taillights and a sturdy bumper. Its ground clearance, measuring 185mm is ideal when driving on challenging roads. Supporting its athletic built is a set of 15-inch wheels.

The theme inside its cabin is basic. The H100 is equipped with an adjustable driver’s seat, a two-spoke steering wheel, a legible instrument console, center console, and squared aircon vents. It’s rear is offered as a flatbed, a shuttle body, and a class 1 PUJ.

Entertainment is provided by a 1-DIN audio system. The all-new Hyundai H-100 is built using Hyundai’s High Strength Steel. Aside from its tested durability, it also ensures the safety of its passengers. Also, it is fitted with a Load Sensing Proportioning Valve emergency brake that aids parking.

The Hyundai H100 is built using a double-wishbone suspension with a torsion bar spring at the front and a semi-elliptical leaf spring suspension at the rear. For braking, it utilizes four ventilated disc brakes.

The Hyundai H100 is powered by a 2.5-liter CRDi diesel engine tested to produce 128hp and a torque of 255 Nm. It is paired with a six-speed manual transmission. How much is H100 van in Philippines?

What are the Dimensions of Hyundai H-100?

Does Hyundai H-100 have a reverse camera? 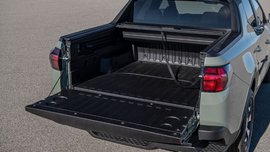 No, the Santa Cruz isn’t the first Hyundai pickup truck

It was manufacturing pickup truck body configuration since the 70s. 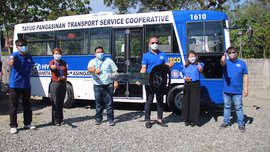 10 units of Class 2 PUVs are turned over.