View all specifications
The Toyota Land Cruiser has been around from time immemorial. In fact, it is currently the longest-running car on Toyota Motor Philippines production. Its heritage and lineage started way back the '50s. Time has already tested the reputation of the Toyota Land Cruiser. It came from a total off-road car and evolved into one of the market's most luxurious SUVs. The all-new 4x4 SUV offering from Toyota is very capable of boasting benchmark-setting statistics in function and form. The Toyota Land Cruiser now comes with advanced features, including Traction Control (A-TRC), Vehicle Stability Control (VSC), Hill-Climb Assist, CRAWL Control, and Multi-Terrain Select. Powering the Toyota Land Cruiser is an enormous 4.5L Direct Injection Twin Turbo-Intercooler V8 Diesel mill that pumps out 232 horsepower and 615 Newton-meter of torque as its maximum output. It can pull the vehicle up and over the roughest and most undulating terrains in the country. This 4x4 SUV is worth every penny because of its proven dependability and reliability. The Toyota Land Cruiser is the perfect vehicle for family or for drivers who are up for an adventure. It is available in two variants – Standard and Premium. The Premium variants get extra features that provide an advantage both on and off-road.

The Toyota Land Cruiser L200 is the newest version of the popular Toyota vehicle. A more aggressive and bolder front end is featured on the current generation Toyota Land Cruiser. It also comes with a more premium-looking interior. The premium styling is perfectly combined with the car’s rugged go-anywhere attitude.

The Japanese car manufacturer retained the silhouette of the Toyota Land Cruiser but altered the face. It features simple lines throughout the car's body. The lines are elegant, clean, and utilitarian. The style is enough to consider it as a premium SUV and the right ruggedness to name it a Land Cruiser.

The front fascia received a facelift in 2015 and now carries projector headlamps with LED DRLs. The lower part of the bumper also features chrome protrusions. The rear section gets a revised taillight system with a mix of halogens and LEDs. The power liftgate system assists the opening of the vehicle’s rear hatch with a split-open design.

Inside the Toyota Land Cruiser features a modern interior with a several but harks back to the old school design. There is leather all around the cabin. In terms of quality, the current model seems upmarket compared to the previous model.  A broad dashboard adds to the car's grandeur with an infotainment display at the center, which looked a bit small because of its entire width. More legroom is offered in the middle row. The rear seats can comfortably accommodate adults as well.

Overall, Toyota Land Cruiser can seat a total of eight people in the cabin – two in the front seat, three in the middle row, and three in the rear seats.

The Toyota Land Cruiser offers a lot of tech features. One of them is the climate control where occupants get a 4-zone automatic system, including a rear cooler. The 6-speaker unit infotainment system comes with a head-unit mounted in the center console featuring AUX, USB, and Bluetooth connectivity. Other features include electrically adjustable seats, keyless entry with push-start button, and power tailgate.

The chassis code of the Toyota Land Cruiser is J200 with a four-wheel-drive layout. The front suspension is handled by a double-wishbone while the rear setup is a 4-link coil-spring rear system. The LC200 is massive with a 2,850 mm wheelbase, 1,980 mm in width, and a length of 5,170 mm. A car this big can comfortably accommodate eight adult passengers.

The Toyota Land Cruiser rides in 18-inch alloy wheels. In terms of ride comfort, this 4x4 SUV is a high point - all because of the high-profile tires and ground clearance partnered with the fully independent suspension setup on all the four wheels.

Toyota Land Cruiser is powered by a 4.5L V8 diesel power plant called the 1VD-FTV. This engine produces a maximum output of 234 horsepower and 615 Newton-meter of torque. It is paired with a 6-speed automatic transmission.

The power and torque are delivered to the four wheels via the four-wheel-drive, which comes as standard on all variants. The 4x4 system allows the Toyota Land Cruiser to pass through different terrain with the assistance of the vehicle's various modes, including sand, mud, loose rock, rock and dirt, and other types of terrain.

Is the Toyota Land Cruiser 4x4?

Yes, all trims of the Toyota Land Cruiser come equipped with 4x4 system.

How many seater does the Land Cruiser come offered with?

As a full-size SUV, the Toyota Land Cruiser can accommodate 8 passengers with 2 up front, 3 in the middle, and 3 in the rear.

Does the Toyota Land Cruiser have sunroof?

Yes, sunroof comes standard on all variants of the Land Cruiser.

*** Please note that the Toyota Land Cruiser‘s prices might differ in some showrooms and should serve as reference only. 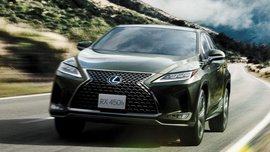 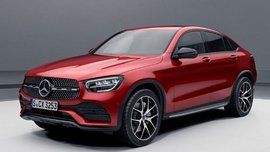 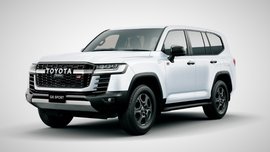 It features tweaks that will complement the nameplate’s off-road reputation. 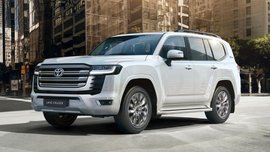 We might see a diesel hybrid Land Cruiser soon. 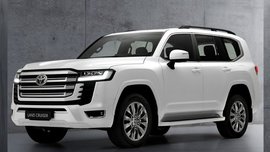 Toyota stops production of Land Cruiser due to COVID-19