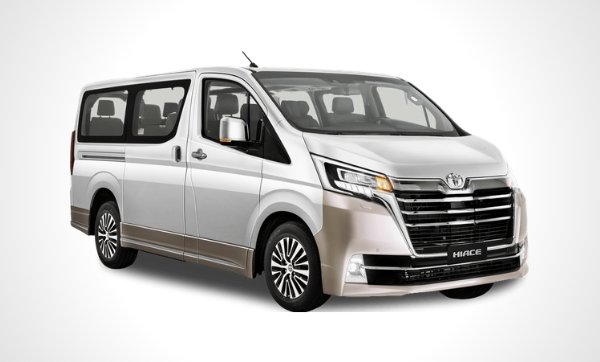 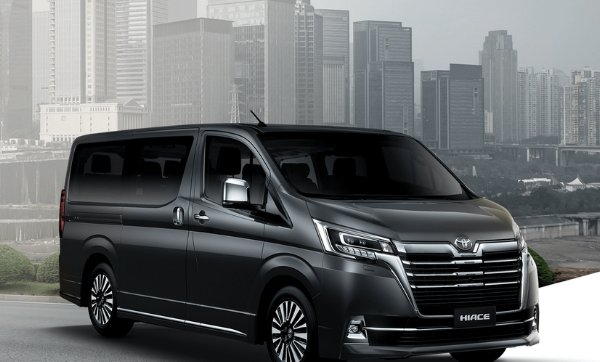 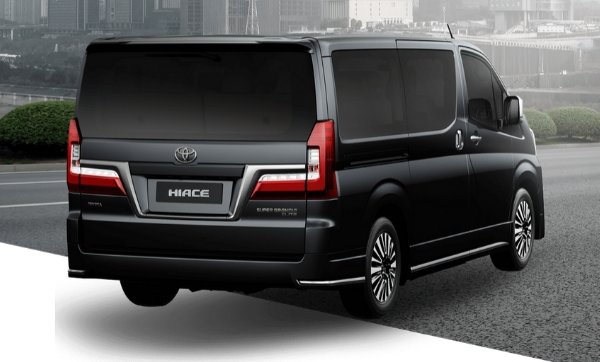 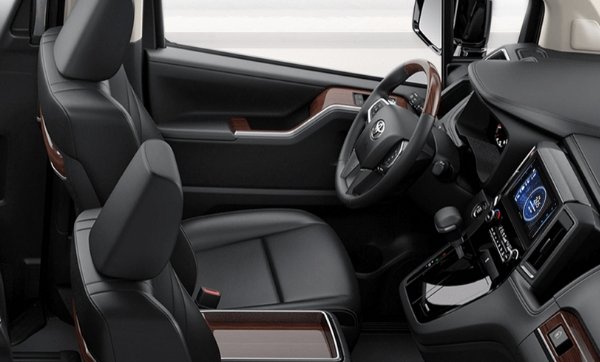 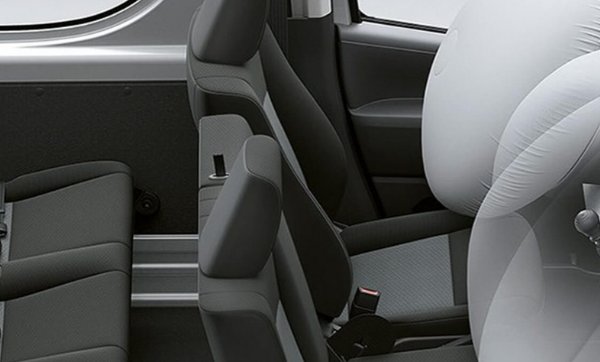 The Toyota Hiace Super Grandia is the Japanese marque's entry to the van segment which offers more room and premium features as compared to the Toyota Hiace. Considering that it is loaded with features, Toyota Motor Philippines (TMP) is offering the Hiace Super Grandia price ranges from Php 2,623,000 to Php 2,998,000. It can go up to Php 3,013,000 if the Luxury Pearl Toning exterior paint is chosen. Only two variants are available, namely the 2.8 AT and top-spec Elite 2.8 AT. Powering this Japanese van is a 2.8-liter 1GD-FTV turbodiesel engine found in other Toyota models such as the Fortuner. This sends power rated at 174 hp and 450 Nm of torque to the rear wheels via a 6-speed automatic transmission as standard. Dimensions-wise, this model spans 5,300 mm in length, 1,970 mm in width, and 1,990 mm in height. In the local market, the Hiace Super Grandia competes against the likes of the Hyundai Grand Starex, Maxus V80, and Nissan NV350 Urvan.

The 6th generation Toyota Hiace Super Grandia gets a better interior compared to other Hiace variants. It features captain's chair seats for the second and third-row instead of the conventional bench seats. Consumers also get to choose between a fabric or leather material for the seats. The plush seating allows the passengers to recline and relax on the road.

Enhance your commute with the luxurious Toyota Hiace Super Grandia

The all-new Hiace Super Grandia is much taller and much wider compared to its older counterpart. It features a nose departing from the older model’s boxier looks. It also comes with a much more prominent grille dominating the van's front fascia. A longer, wider but smaller grille houses the fog lights. The upper and lower grille has chrome accents that add to the car's luxury feel.

The interior of the Toyota Super Grandia Philippines comes in the two-tone configuration. Black hue dominates the interior with a light grey headliner. Consumers also have two-seat material options – fabric and leather. The seats consist of four rows. The second and third-row got captain's seats and the last row had a bench-type seat. The Elite variants of the Toyota Hiace Super Grandia got 4-way adjustable captain seats along with ottomans. Occupants seated at the second row get a place to rest their feet.

A 6.8-inch touchscreen infotainment is sitting at the center of the Toyota HiAce Super Grandia. It comes with Bluetooth, USB, and T-Link, enabling users to connect their Android and Apple devices to the head unit. Six-speaker systems and K2 Technology are also featured in the entertainment system. The vehicle also has a total of seven USB ports throughout the cabin. It allows the passengers and driver to charge their mobile phones and devices while on the road.

In terms of safety, the Toyota Safety Sense comes as a standard in Toyota Hiace Super Grandia. Some of the vehicle's safety features include lane departure alert, adaptive cruise control, pre-collision system, and automatic high beam. This Toyota van also has a set of airbags for both the driver and front passenger.

Other standard passive safety features of this van include three-point seat belts, vehicle stability control, ABS, and EBD. It also comes with back and clearance sonar, which are useful features needed to maneuver this long and wide van. There are also a couple of sensors mounted at the front and four at the rear part of the car.

The front suspension of the Toyota Hiace Super Grandia 2021 - 2022 is the MacPherson struts, and the rear suspension is handled by a new rigid, leaf spring combination. Disc brakes are found on all corners of the vehicle as expected for being a top-of-the-line vehicle. This van comes with 17-inch wheels.

The engine powering the Toyota Hiace Super Grandia is the same power plant used in the Innova, Fortuner, and Hilux. The 2.8L turbo-diesel engine produces 174 horsepower and 450 Newton-meter of torque. The power is delivered to the rear wheels through the six-speed automatic transmission.

*** Please note that the Toyota Hiace Super Grandia‘s prices might differ in some showrooms and should serve as reference only. How much is a Toyota Hiace Super Grandia 2022?

What is the engine of Toyota Grandia 2022?

Does Hiace Grandia have a reverse camera?

Yes, it does. With the reverse camera, you can see what is behind the car on the screen

How many seats does Super Grandia have? 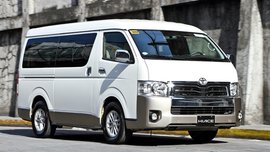 You will no longer have to ditch your roomy ride for a small car. Try having a massive van like the Toyota HiAce Super Grandia. 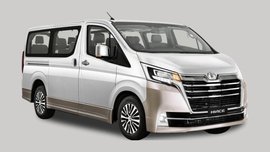 The carmaker knows how important safe mobility is these days. 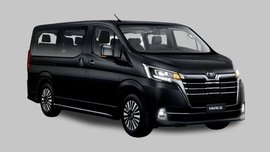 A safe and comfortable mobility to get to work.