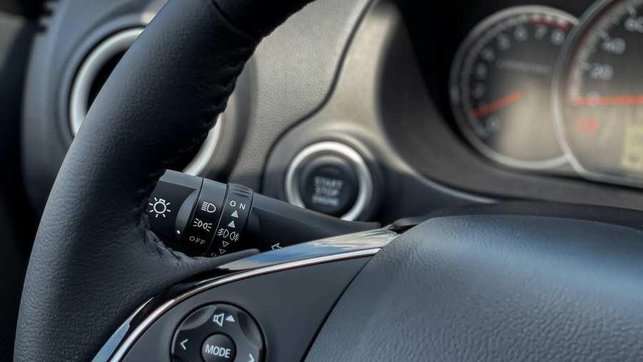 The Mitsubishi Mirage G4 2021 is the subcompact sedan entry of the Japanese automaker. It is also regarded as the sedan counterpart of the Mirage hatchback. They both share a lot of mechanical components, and they even use the same 1.2-liter inline-3 gasoline engine MIVEC engine that makes 77 horsepower and 100 Nm of torque. In the Philippines, Japanese car brand Mitsubishi markets three variants of the Mirage G4 sedan, with a price ranging from PHP 769,000 to PHP 899,000. Both top-spec trim GLS and the mid-range GLX come with a continuously variable transmission (CVT), while the entry-level GLX uses a five-speed manual gearbox instead. Dimensions-wise, this vehicle has a length of 4,305 mm, a width of 1,670 mm, and a height of 1,515 mm. Some of the rivals of the Mirage G4 include the Toyota Vios, Honda City, and Nissan Almera.

The Mitsubishi Mirage G4 first appeared as a concept car at the 2013 Bangkok Auto Show. The said model later reached the Philippines in October 2013 and is currently manufactured at the Japanese brand's plant located at Santa Rosa, Laguna. Of note, the Mirage G4 is the sedan version of the Mirage hatchback. It has more in the way of trunk capacity, and it is significantly longer from front to rear.

The facelifted Mirage G4 officially enters the Philippine market on August 28, 2021. It bears a sharper-looking front fascia, a more angular-looking rear end, and slightly more prominent side skirts. The shape of the hood and the headlamps were also changed to look sharper as well.

On the outside, the Mitsubishi Mirage G4 sedan is longer than its hatchback brother. Nevertheless, it features the same set of exterior features. This includes halogen headlamps, halogen taillights, front foglamps, and a side mirror with side repeaters. All variants of this sedan model also comes standard with a set of 15-inch alloy wheels.

Thanks to its wheelbase, the Mirage G4 for the Philippine market also offers more legroom for its five occupants. It also has a cargo capacity of 450 liters.

For the Mirage G4's driver, the car provides a tilt-adjustable steering wheel. The one on the top-spec GLS is wrapped in leather, while the GLX versions are clad in urethane. The driver's seat can also be adjusted for height.

To keep its occupants entertained, the all variants of the new Mirage G4 for the Philippine market is equipped with a 7-inch touchscreen display. For the GLS, this headunit is then linked to a four-piece speaker system, while the GLX variants have two speakers. The said headunit is also capable of connecting via Apple CarPlay, Android Auto, Bluetooth, USB, and Aux-in. It also provides offline navigation.

For safety, the Mitsubishi-made sedan comes standard with dual-front airbags, and a brake override system. Only the top-spec GLS comes with anti-lock braking with electronic brake-force distribution, an engine immobilizer, and a rear-view camera. All Mirage G4 trims also come with ISOFIX child seat anchors.

For suspensions, this Mitsubishi model uses a MacPherson strut type front suspension, and a torsion beam rear suspension. Braking is handled by a front disc brake, and a drum brake for the rear. It also uses a hand-operated manual parking brake.

Under the hood of the facelifted Mitsubishi Mirage G4 is a 1.2-liter inline-3 DOHC MIVEC engine. This is the same engine that was used by the pre-facelift version. At most, this three-banger can produce up to 77 horsepower and 100 Nm of torque. For all variants of the Mirage G4, power is sent to the front wheels. The GLX can either come with a five-speed manual transmission, or a CVT. The GLS on the other hand, is only available with a CVT.

*** Please note that the Mitsubishi Mirage G4‘s prices might differ in some showrooms and should serve as reference only. 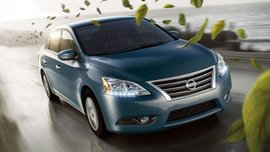 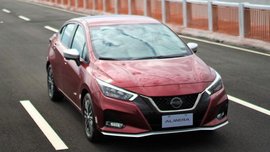 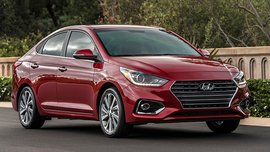 Does the Mitsubishi Mirage G4 come with leather seats?

No, all variants of the Mirage G4 come with fabric seats.

How fuel efficient is the Mitsubishi Mirage G4?

The average fuel consumption of the Mitsubishi Mirage G4 is at 21km/L.

Is the Mitsubishi Mirage G4 smaller than the Toyota Vios?

Yes, the Mirage G4 is smaller than the Vios in terms of both overall dimensions and engine size. Mitsubishi Mirage G4 Financing: How much do you need to buy one?

This refreshed small sedan has the makings of another best-seller. 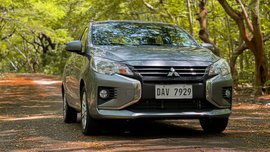 The new slogan shows its commitment to enriching Filipinos’ lives. 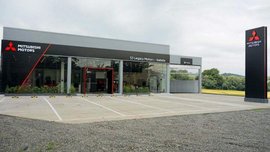 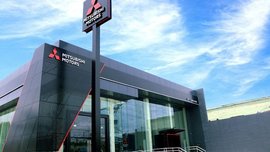 Mitsubishi Valenzuela is the car brand’s 57th dealership in PH

It expands the brand’s dealer network up north.