Please note that these are prices listed are based on the prices provided by showrooms and brand websites, which are subject to change and for your reference only. For more accurate pricing information, please refer to the Mitsubishi Xpander Cross for sale section.

Introduced to the world in the fourth quarter of 2019, the Mitsubishi Xpander Cross is essentially a GLS Sport with higher ground clearance and a lot of SUV-esque design cues.

For the front and rear end, the Xpander Cross comes with a restyled bumper, which looks beefier than the normal Mitsubishi Xpander. There’s also a faux skid plate down below for the front and for the rear as well. Towards the sides, it features black over fenders, and a lot of cladding. Up top, there’s also the presence of roof rails as well as a shark fin antenna.

In terms of things that will actually impact performance, the Xpander Cross has a 225mm ground clearance. That means that this Xpander trim is much capable of handling obstacles on the road. It's an MPV despite the very SUV like styling cues

Inside, the Xpander Cross is also different from the regular Xpander. It features a slightly livelier interior thanks to the splashes of brown on the seats, as well as silver panels.

Apart from that though, the Xpander Cross has the same amount of safety features and interior amenities with the Xpander GLS Sport.

There include useful things like cruise control, a tilt and telescopic steering wheel, a 7-inch touchscreen with Bluetooth and Mirrorlink smartphone connectivity, a push-to-start button, and six speakers.

>>> Related: Which Mitsubishi Xpander should you buy? [Philkotse Buyers’ Guide] 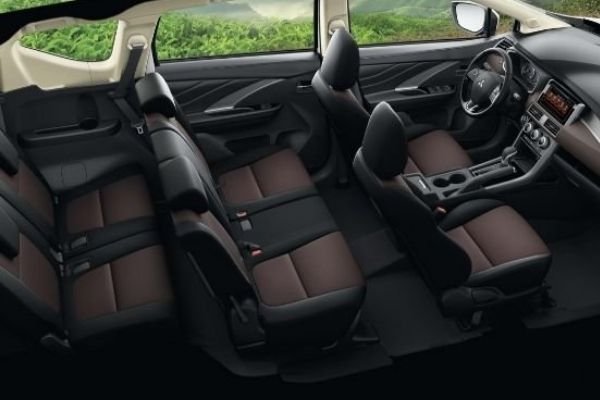 Like all the 2020 Mitsubishi Xpander variants, the Xpander Cross also uses the same 1.5 liter 4A91 MIVEC gasoline engine. It makes 103 horsepower and 141 Nm of torque which is sent to the front wheels via a 4-speed automatic transmission.

III.  Why would you want to buy a 2020 Mitsubishi Xpander Cross?

Do you like the Xpander? Do you need a car that can comfortably fit seven people? Do you need a lot of ground clearance but can’t be bothered to buy a pickup truck or an SUV? Then the Xpander Cross might be one option for you. The rear end of the Xpander Cross

Remember that the Xpander Cross is made by Mitsubishi, the 2nd largest car company here in the Philippines. As such, they have a very extensive dealership network so access to spare parts and after-sales services are not an issue.

As for cons, it’s quite apparent that the Xpander Cross isn’t that different from the lower-spec Xpander variants. Well, save for the exterior looks and the higher ground clearance. That being said, if you want a cheaper choice, then you might also want to consider the Xpander GLX, GLX plus, and the GLS.

Here in the Philippines, Mitsubishi made vehicles are distributed by Mitsubishi Motors Philippines Corporation or MMPC. They’ve been around for a long time and currently, they’re the 2nd largest car company in the country with a huge connection of Mitsubishi dealerships nationwide. 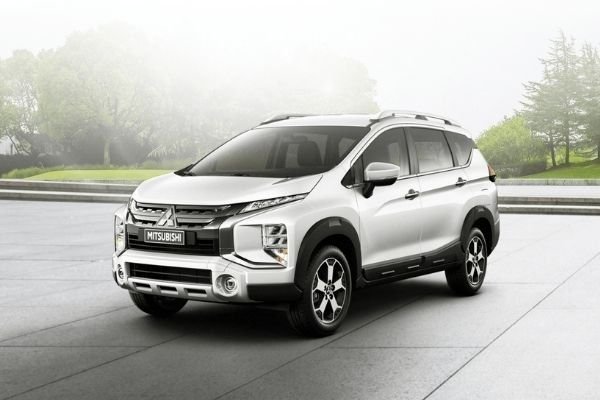 The Xpander is one of Mitsubishi Philippine's best selling models

For more information about their individual models, please take a look at our Mitsubishi car reviews section.