Please note that these are prices listed in some showrooms and should serve as reference only. For more accurate pricing information, please refer to the Mitsubishi Xpander for sale section.

I. Mitsubishi Xpander Price in the Philippines – 2020

*Kindly refer to our Mitsubishi Philippines price list to keep up to date with the latest changes in prices of all Mitsubishi cars in its local line-up.

The all-new 2020 Mitsubishi Xpander was just recently launched here in the Philippines and it already caught the eyes of several auto enthusiasts. Unfortunately, the company only released a limited number of vehicles to be sold here in the country since its initial launch.

However, good news is they promised that they will start increasing their production output in order to meet the existing demands not just here in the Philippines but also in other Asian countries. The Xpander is available in 4 variants and comes in a very affordable price tag that starts from ₱885,000 to ₱1,060,000.

In the local market, the Xpander is known as a fierce rival of another new comer - the Toyota Rush. Find in-depth comparison of the Xpander & Rush here. This 7-seater MPV features a modern and sleek outer design which is highlighted by its massive front grille and oddly shaped but aggressive looking headlights that give a different appeal on and off the road. It's overall physical attributes mainly resembles as an SUV with a sporty vibe in it.

The cabin of the Xpander is equally modern and sophisticated that comes with attractive features that is designed to provide comfort and entertainment to its passengers. All seats are adjustable and are made with high-quality fabric,  it's driver's seat is height adjustable for comfort and improved visibility as well.

The Xpander has both front and rear air conditioning vents, bottle and cup holders to provide its passengers with the comfort that they deserve. For its entertainment system, the Xpander is equipped with AM/FM Radio, Cd player, Integrated 2DIN Audio and front and rear end speakers. An additional 7-inch Infotainment and GPS Navi system are added to all variants except for the base model. 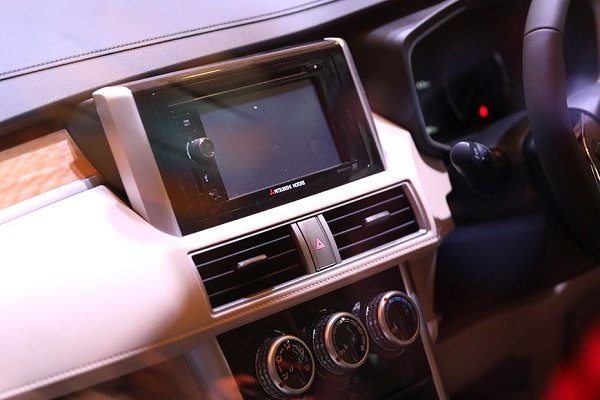 A 7-inch Infotainment and GPS Navi system are added to all variants except for the base model.

The Xpander is designed and equipped with several features to ensure the safety of all its passengers. It comes with driver and passenger front airbags, ABS with EBD and Isofix. Anti-theft features such as an Immobilizer and Central Lock System are also present in the Xpander. 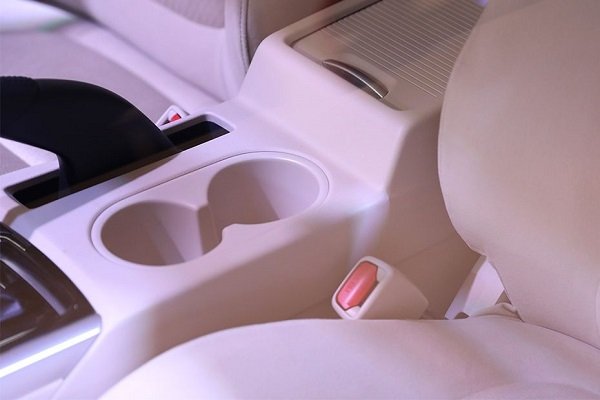 Part of the features of the Xpander is the cup holders that are added to its interiors for added comfort of its passengers.

II. Mitsubishi Xpander Price in the Philippines – 2020: Estimated on-road cost for each variant

III. Mitsubishi Xpander Price in the Philippines: To buy or not to buy?

Should you decide to buy an Xpander in the near future, one of the advantages of owning this MPV is its stylish and modern design and its competitive cabin features. For those who are looking for an affordable and yet reliable family car then Philkotse.com believes the Xpander is one of the best options in the market.

Another selling point of the MPV is its engine capability that has been deemed reliable not just for city driving but for long distance trips as well. The Xpander has a wide design, chrome -plated front grille which makes it look like more of an SUV rather than an MPV.

One of the downsides of the Xpander is that it's only available in gasoline-powered engine, due to the current worldwide oil crisis Filipinos are really looking into more affordable fuel alternatives such as diesel engines.

Another thing that the Filipino consumers are rooting for is that the company would hopefully release a couple RWD variants in the near future so it also can cater to those who love exploring the outdoors.

Lastly, the Xpander just like any Mitsubishi cars is a little bit costly in terms of maintenance and spare parts.

Although the Xpander's still got certain flaws, this 7-seater is still a very attractive deal to many Filipino car buyers with its current offerings and particularly, its affordable price bracket. The all-new Mitsubishi Xpander is one of the most aggressive looking MVP's in the Philippines today.