2021 Suzuki Jimny: Expectations and what we know so far

Likely a carryover but a price bump is expected.

The Suzuki Jimny is one of the longest-running vehicles in the automotive industry today. It was introduced in 1970 and has sold over 2 million units since. One thing that many car buyers admire about the Jimny is its timeless design that is kept by the Japanese car brand Suzuki despite going through various changes.

JIMNY | "Nobody But Jimny" | Suzuki

If we are going to follow the timeline of the Suzuki, it seems like we will be getting the fifth-generation of the Jimny in probably around the next 15 years.  With that being said, it is safe to not expect any changes for the 2021 model of the Jimny since it has only been three years since the newest generation arrived. As such, a carryover is highly expected.

As of this writing, Suzuki Philippines hasn’t released any statement regarding the matter, while in other markets, there are no significant changes made on the Jimny as well. So for now, let’s take a look at what we can expect for the 2021 PH-spec Suzuki Jimny.

The exterior feature of the Suzuki Jimny is probably the number one reason why it is still adored by many car buyers up until this day. Ever since the first-generation, the Jimny already sports the round headlights and boxy-type body. 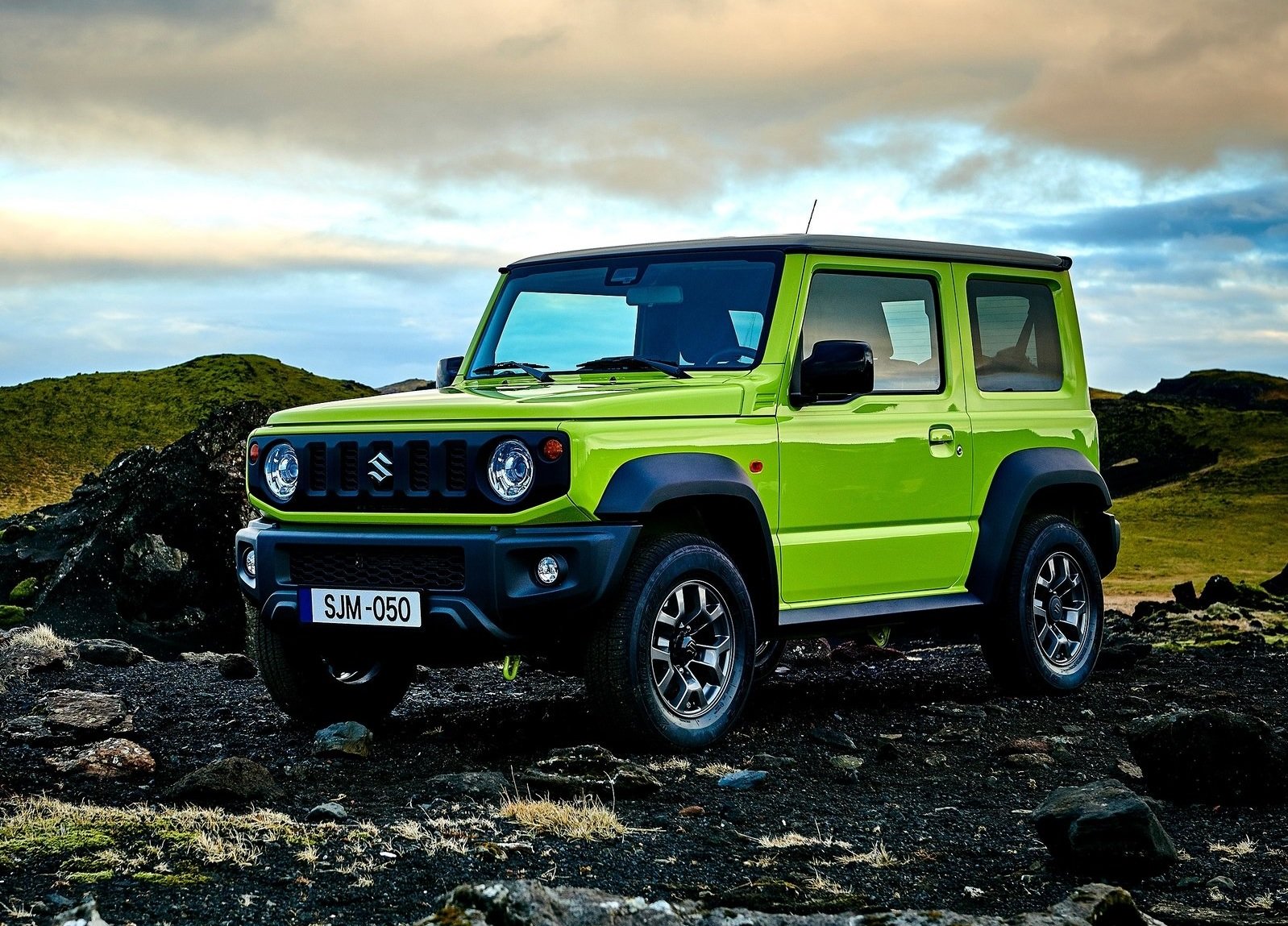 At the rear end of the Jimny, the design of the spare tire mounted on the third door is also kept throughout the years. With that being said, we can expect that Suzuki will not be removing the said principle design for the newer generations to come if the Jimny will not be discontinued.

The Suzuki Jimny is an ideal vehicle for young individuals who want to own an off-road looking car but still have the finesse to it. It provides an ambitious look in the city and an aggressive appeal on off-roads. For those who are waiting for a design change exterior-wise, it seems like 2021 is not the year for you.

>>> Related: Evolution of Suzuki Jimny: What has changed across 4 generations?

Inside, we are still expecting the same interior layout with the seats and dashboard. Suzuki did a great job in designing the interior of the Jimny as it also gives off an off-road appeal thanks to small attention to detail such as the rugged instrument gauge design and handlebar for the front passenger. The same interior layout is expected

Last year, reports came out regarding the proposals for a 5-door Suzuki Jimny. They say that the larger and longer wheelbase Jimny will be out first in India through Maruti Suzuki. Unfortunately, there are no big follow-ups for the said matter. According to reports, we might see the 5-seater Jimny in around 2022 or 2023. But Suzuki hasn’t released any details regarding the 5-seater Jimny so we still have to wait.

Suzuki Philippines markets the Jimny in the local market as a small off-roader that can take on any challenges on the go. With that in mind, it would be great to see a diesel variant of the Jimny since diesel engines produce higher low-end torque than gasoline engines which would be ideal on off-roads. However, a diesel Jimny variant is still unlikely for the 2021 model as Japan doesn’t offer it as well. Both its homeland and the Philippines offer the Jimny with the same 1.5-liter K15B 4-cylinder gasoline engine that makes 100 hp at 6,000 rpm and 130 Nm of torque at 4,400 rpm.

The engine can be paired to two different transmissions depending on the chosen variant. Only the base Jimny GL 1.5 MT variant offers a 5-speed manual transmission. For those who don’t wish to drive a stick, Suzuki Philippines is offering both the GL and top-spec GLX variant with a 4-speed automatic transmission.

No changes are expected as well for the technologies of the 2021 PH-spec Suzuki Jimny. This means that the Jimny will still be installed with the same 9-inch infotainment system available across all variants. It supports offline navigation, USB connectivity, and Bluetooth connectivity. Perhaps the best feature in the infotainment system of the Suzuki Jimny is the off-functions which include a clinometer, compass, altimeter, and barometer. All these instruments can be utilized during off-roading to determine the Jimny’s angle of slope, the outside pressure, and more.

Since the introduction of the Jimny, it has proven that you don’t need to be updated from time to time to stay relevant. The classic and timeless design of the Jimny is still what is keeping the small off-roader in the game. With that being said, we think that the 2021 Suzuki Jimny will still do fine in the local market despite coming with no changes. The design of the Suzuki Jimny never gets old

If Suzuki will release yet another generation of the Jimny, we can expect it to arrive after a long time. It seems like the element of time is Suzuki’s strategy to continue selling the Jimny. This strategy works as in 2018, Suzuki had to apologize due to high demand resulting in production shortage.

>>> Related: Which 2020 Suzuki Jimny variant should you buy? [Comparison Guide]

With no expected changes for 2021, we can all agree that Suzuki Philippines will likely keep the current pricing of the Jimny intact. The base variant of the Suzuki Jimny comes with a price tag at Php 1,055,000, while the top-spec variant is offered at Php 1,165,000. Just add Php 100,000 and you will get a two-tone Jimny available only for the top GLX variant.

The Jimny 2021 - 2022 is one of Japanese small-car specialist Suzuki Philippines Incorporated (SPH)'s most sought-after models. Competing in a unique mini SUV segment, the Suzuki Jimny Philippines is available locally in three variants including a two-tone option. These variants Suzuki Jimny Philippine price that ranges from PHP 1,170,000 to PHP 1,285,000. Across the range, a 1-5-liter K15B gasoline engine is standard which generates 101 hp and 130 Nm of torque. A 5-speed manual and a 4-speed automatic are the available transmission options. Dimensions-wise, this vehicle is 3,650 mm long (including the spare tire), 1,645 mm wide, and 1,725 mm high. One can say that the Suzuki Jimny is currently in its class of its own and has no direct rivals.