All you need to know about ABS - Anti-lock braking system

Feb 26, 2019 | Same topic: Technical car terms to know
Read on to get deeper understanding about how ABS is created and how its parts work in a car.

ABS is short for anti-lock braking system. As the name suggests, the system decelerates a vehicle under heavy breaking but prevents the wheels from completely locking up, retaining just enough motion for the driver to maneuver the vehicle around a hazard in its path.

With the wheels still able to spin, a car equipped with ABS avoids skidding during steering, which would otherwise result in the loss of control. Generally, ABS offers improved control and shortens stopping distances on a range of road surfaces.

A wheel encounters skidding when the tire’s contact patch begins to slide in relation to the road surface, resulting in less traction. When the system detects this, it will alter brake fluid pressure on that particular wheel in an attempt to bring it back to a state of minimum slip necessary for braking performance.

To help you get deeper understanding about this safety feature, Philkotse.com will show you how it is created and how its parts work in a car.

The speed sensor constantly monitors wheel speed, as well as the necessary acceleration and deceleration for each wheel. A wire coil/magnet assembly generates electrical pulses every time the V-shaped teeth of a ring called the exciter passes through. 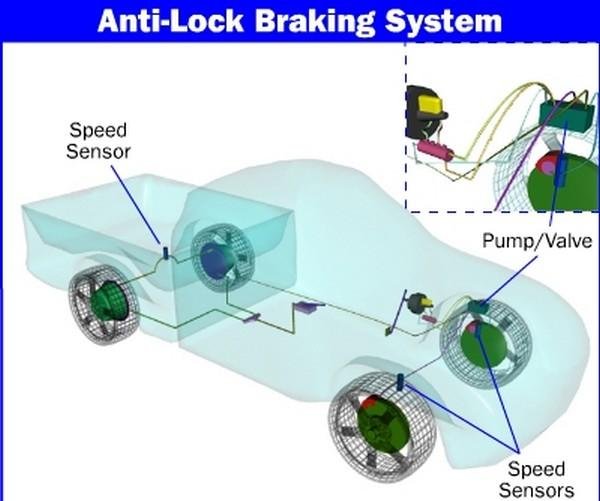 The valves serve to regulate air pressure during the braking action. Each brake line has a valve equipped for this purpose. When ABS is engaged, the brake valve is in the open position, allowing pressure to transfer to the brakes from the master cylinder.

When the valve assumes the closed position, the brake pressure from the master cylinder is severely limited. Next is a midway position where the valve releases only some of the braking pressure; this third step is repeated until the car completely stops.

The ECU or electronic control unit calculates the rotational speed and acceleration of the wheel; it does this by receiving, amplifying and filtering the signals from the wheel sensors. Depending on the data analyzed by the unit, the ECU then controls the brake pressure. 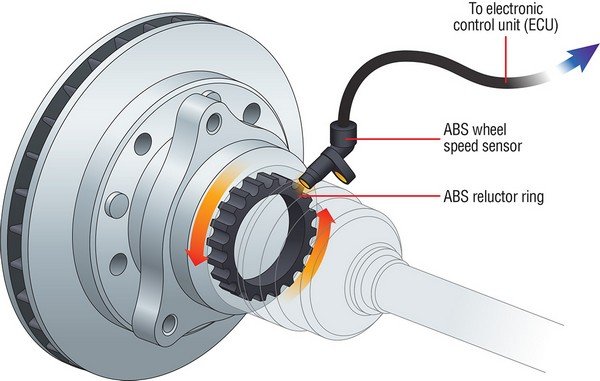 The hydraulic control unit is notified by the ECU on whether to apply the brakes or not, during ABS operation. It controls the brakes by either increasing the hydraulic pressure or bypassing the pedal in an effort to reduce braking power. 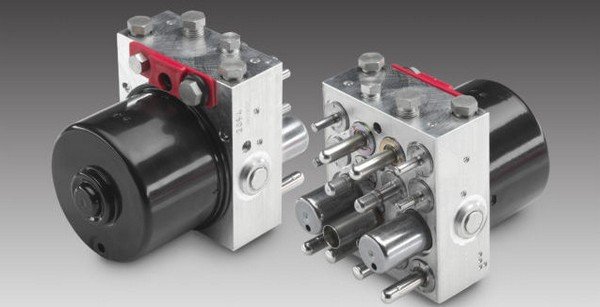 The hydraulic control unit is notified by the ECU on whether to apply the brakes or not, during ABS operation

Modern passenger vehicles come equipped with ABS as standard equipment, in recognition of its status as an important safety feature. Research has shown that cars equipped with ABS are less likely to be involved in multi-car accidents since they are still capable of steering away from danger.