Evolution of Suzuki Jimny: What has changed across 4 generations?

The Suzuki Jimny is one of the cars that can drive through any terrain. With its compact size and 4x4 capability, the Jimny can be your daily driven car during the weekdays and transform into an off-road machine on weekends. It’s like the Kei car of 4x4 vehicles. As such, the Jimny became popular in the local and global automotive market. 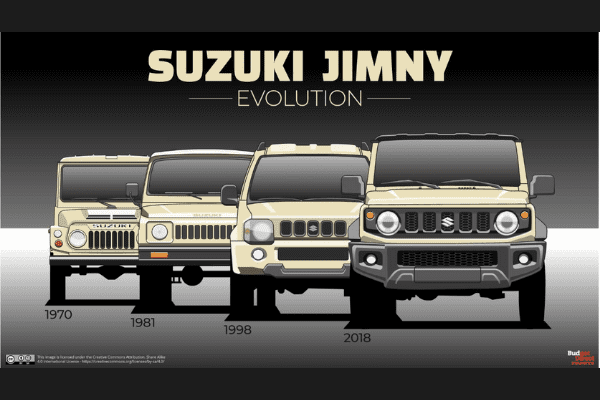 Suzuki Jimny through the years

To highlight the Jimny’s evolution over the years, Budget Direct Insurance released renders of every generation model of Suzuki’s compact off-roader. With that, let’s see what has changed across four generations of the Suzuki Jimny.

The Jimny wasn’t actually a Suzuki from the get-go. It was originally developed by the Hope Motor Company of Japan in 1967, and the vehicle was known as the HopeStar ON360. The vehicle used a 21 hp Mitsubishi 359 cc engine but it didn’t do well in the market. Then, in 1968, Suzuki purchased the manufacturing rights for the HopeStar ON360.

Suzuki re-introduced the ON360 in 1970 with the launch of the LJ10 (Light Jeep 10), and this marked the official beginning of the Jimny nameplate. LJ10 was developed to be a vehicle that could drive through tight spaces that other larger 4x4 vehicles couldn’t access. The LJ10 is a three-seater vehicle.

Two years later, Suzuki launched the LJ20. It comes with a restyled front grille that features a vertical rather than horizontal slats. The LJ20 proved its capability when it finished the Mexican 1000 Rally.

In 1975, the LJ50 was introduced featuring a 500cc engine. It now also comes with a four-seater capacity as the spare wheel was moved to the rear door. The LJ50 was also the first overseas production vehicle of Suzuki. 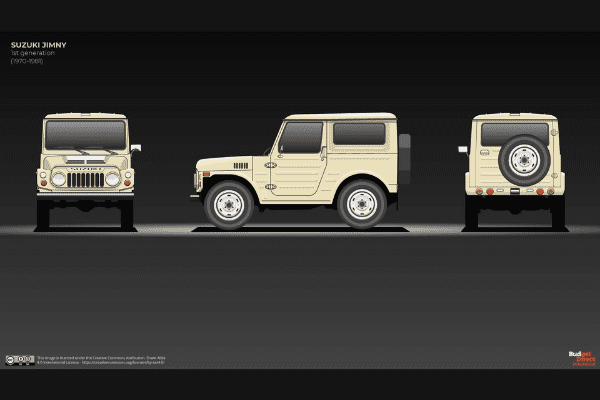 This is how the 1st gen Jimny looks like

The second-generation Suzuki Jimny began production in 1981. The Japanese automaker wanted to make its off-roader have a more comfortable drive experience. It focused on making the Jimny to be a lifestyle vehicle while still maintaining its off-road and rugged appeal. The second-generation Jimny also showed Suzuki’s goal of further expanding its market reach as it started producing vehicles in more markets outside Japan.

In 1984, the Jimny got a makeover inside and out. It has been equipped with front disc brakes, a new dashboard layout, a new seat design, and a revamped front grille. Then, in 1985, the SJ-Series was introduced in North America. >>> Related: 10 reasons why Suzuki Jimny is your best subcompact SUV after all

The third-generation Jimny arrived in 1998. During this time, the Jimny comes with a more rounded body as compared to the boxy composition of its predecessor. Suzuki decided to give the Jimny with a more rounded body to make it look more urban since it’s a vehicle that was being used on and off the road. During its launch, the Jimny is powered by either a 1.3-liter gasoline or 1.5-liter diesel engine. In 2013, Suzuki gave the Jimny a design update. It was fitted with a new front bumper, restyled grille, and revamped fog lights. 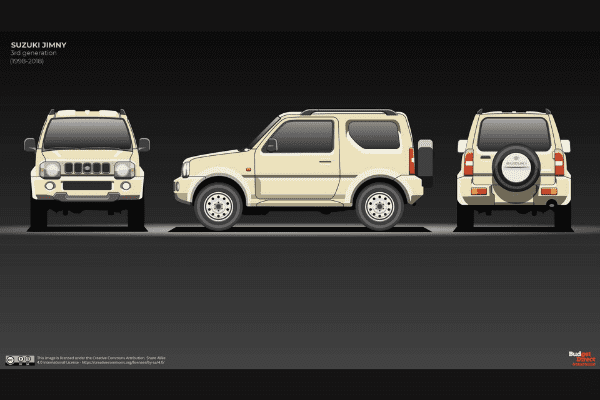 The fourth-generation Jimny features a boxy body once again as it blends classic and modern design cues. In the Philippines, the Jimny is powered by a 1.5-liter gasoline engine that delivers 100 hp and 130 Nm of torque. The engine can be mated to either a five-speed manual or four-speed automatic transmission. As a Suzuki compact off-roader, the fourth-generation Jimny comes with a 4x4 All Grip Pro drivetrain. The retail price of the 2020 Suzuki Jimny starts at Php 1,055,000 while the top-spec variant comes with a price tag of Php 1,175,000. 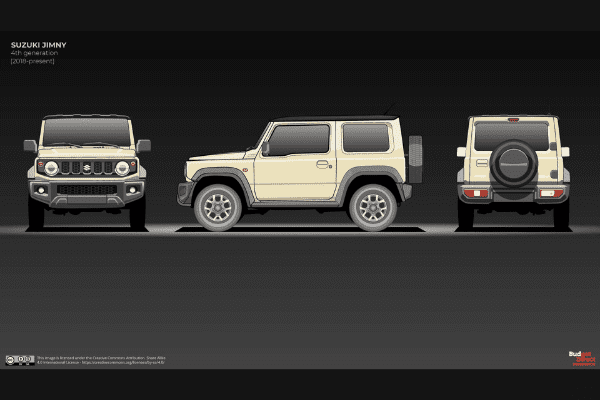 Visit Philkotse.com to read more of the latest in the motoring industry.