To further aid Filipino car buyers in keeping up with the latest Suzuki XL7 car price in the Philippines, Philkotse.com provides a regularly updated Suzuki XL7 price list and estimated down payment details as follows.

Please note that these are prices listed are based on the prices provided by showrooms and brand websites, which are subject to change and for your reference only. For more accurate pricing information, please refer to the Suzuki XL7 for sale section.

Based heavily on the Suzuki Ertiga, the XL7 is an MPV, which was made to look tougher. If you look closely at the XL7’s silhouette, it still looks like the Ertiga but it does have a higher ride height of 200mm compared to the Ertiga’s 180mm. While an XL7 did exist back in 1999 to 2006 as a Suzuki midsize SUV, this new XL7 introduced in 2020 is nothing like the aforementioned.

Upfront, the XL7 is given a larger, darker grille, a set of different looking headlights with daytime running lights, and roof rails up top. At the rear, it still has the Ertiga’s L-shaped taillights. Check out that aggressive front fascia

Inside, the cabin of the XL7 is as spacious as the one aboard the Ertiga. It can fit seven people, and the model also comes with a lot of bottle holder and cubby holes, one 12V accessory socket for each row, a center armrest for the front row and 2nd row, rear A/C vents, an 8-inch touchscreen with Bluetooth, and a push-to-start button. 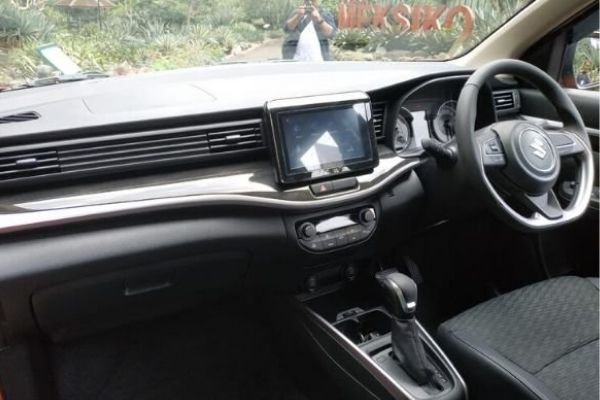 Under the hood, the Suzuki XL7 comes with a 1.5-liter K15B engine, which, like the one aboard the Ertiga, can make up to 103 horsepower and 138 nm of torque. Power is sent to the front wheels through a 4-speed automatic. It's the tougher, more macho version of the Ertiga

III. Why would you want to buy a Suzuki XL7?

The Suzuki Ertiga has proven itself in the Philippine market. There’s no doubt about that. It is, however, a bit on the sleek, some even say, plain side when it comes to exterior design.

This is where the Suzuki XL7 2020 comes in. It’s based on the Ertiga, but it has a very macho looking exterior design. Apart from that, its high ground clearance is a plus especially if you live in areas where roads are not that great. And of course, one cannot deny the spaciousness and practicality of the XL7. One thing that can be called a con of the XL7, however, that is among its competitors, it’s probably the model that sticks close to the model it is based on, engineering-wise.

There isn’t that much difference between the top-of-the-line Ertiga GLX mechanically. Despite this, however, the XL7 is among the more affordable choices in its segment available in the Philippine market today.

>>> Find your nearest Suzuki dealerships in the Philippines

Suzuki is a Japanese multinational company primarily known for its motorcycles, compact four-wheel vehicles, and anything with a small internal combustion engine. It has 133 licensed distributors in 192 countries and their sales volume is the third-largest in the world. It also has a number of noteworthy subsidiaries the biggest of which is Maruti Suzuki India Limited. With the introduction of the XL7, Suzuki Philippines is making a large splash in the MPV market

For more information about these vehicles, please visit our review page for Suzuki on Philkotse.com.