5 facts you should know about the Philippines PUJ Modernization Program

Learn about the PUJ Modernization Program to know what the Government is seeking to improve public transportation.

The jeepney has been one of the most reliable and affordable means of public transportation in the Philippines. But like any other vehicle, it runs on petrol, which highly contributes to pollution and climate change.

As a response, the Duterte administration, through the Department of Transportation (DOTr), created the Public Utility Vehicle Modernization Program (PUVMP) to implement programs to provide a safe, environment-friendly, and efficient public transportation service.

Under it is the PUJ Modernization Program, which has had its share of controversy. What does the program aim to do? Let Philkotse break down the details for you. 1. Jeepney modernization in the Philippines

This means that units that are at least 15 years old can no longer be registered or operated.

According to the order, all jeepney engines should at least be Euro-4 compliant engine or LPG-powered, electronic, and hybrid. It has also been proposed that each jeepney should have modern features such as GPS, an automated fare collection system, and a CCTV camera.

Like any program, the modernization of jeepneys in the Philippines brings both advantages and disadvantages. Let’s look at some arguments that are supportive (and otherwise) of the initiative. Many drivers are fighting again the Jeepney modernization in the Philippines

The program’s objectives are its primary advantages: commuters will have eco-friendly, safe, and comfortable transportation.

Most of us know that we inhale toxic fumes from vehicles daily. This is why most car manufacturers continuously improve their products to reduce harmful emissions. Jeepneys have not been modernized for a long time.

They greatly contribute to pollution and, therefore, replacing them with “greener” models can help improve the country’s air quality.

>>> Related post: 6 most common issues Filipinos have with Jeepneys

The PUJ modernization program also promises safety, as it seeks to install CCTV cameras and GPS in newer jeepney models. Additionally, the order states that drivers will be trained to be more disciplined on the road, too. 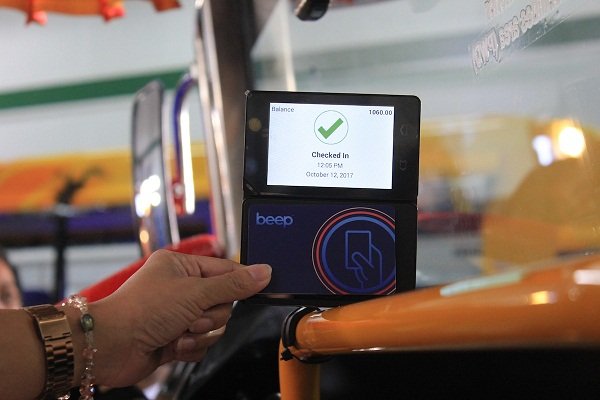 Heavy traffic is one of the bigger problems in the country. Through this program, changes in jeepney routes will take effect, which will lead to faster and more predictable and commuting time.

Traffic jams, unpredictable weather, and cramped spaces inside jeepneys make commuting a hassle. In modern jeepneys, there are bigger space allocations. Unit doors will be on the curbside for added comfort and convenience to commuters.

>>> View more: PUJ modernization not a program against jeepneys

Operators, drivers, and some sectors have described the jeepney modernization bill as anti-poor. Modern units are expensive. Even if the Land Bank of the Philippines will provide loans and the government has committed added assistance, the cost of new jeepneys is still way beyond the financial capacity of many operators and drivers. Due to this, many operators might go out of business. When this happens, private companies may take over jeepney operations. Fare prices may increase and commuters will suffer more. Currently, there is on-going Jeepney modernization debate among all concerned and pilot-testing will be conducted to assess the program.

The cost of a modern jeepney that is Euro 4- and PNS- (Philippine National Standards) compliant is estimated at P2 million per unit. Stakeholders have said they are finding a way to reduce the amount.

In 2018, the first Euro 4 Jeepney was introduced in the country by Isuzu Philippines. Fifteen prototype units were turned over to the Senate and the units have been tested on the roads of Baguio City. Recently, Hino, a Japanese manufacturer, through its distributor Hino Motors Philippines, introduced its version of the modernized jeepney. Four prototypes that can seat 23 to 30 passengers were presented. These come with or without air-conditioners.

Foton Philippines also introduced units for the jeepney phase out  Philippines program. Its model has a maximum passenger capacity of 24, where 16 people can sit and eight can stand.

All models from these manufacturers are equipped with energy-saving motors, great entertainment systems, CCTV, and GPS, among others. Multi-cabs are also good options for public transport, models like Suzuki multi-cab 2017 are very popular in teh Philippines.

>>> Worth your reading: The Future of Jeepneys in the Philippines: Why it needs an upgrade

5. PUJ modernization program: Is it worth it?

Modernizing public utility jeepneys solves problems like road accidents, air pollution, and passenger discomfort. It is costly and the transition will affect many sectors.

The goals of the PUJ modernization program are undoubtedly great and will benefit the current and future generations. We at Philkotse.com hope that the government and concerned sectors can find a sustainable solution fair to all.