PUJ modernization not a program against jeepneys

The government acknowledges the difficult of this project, that there is a need to have a proper and tactful information dissemination, and as well as equal negotiations in order to convince PUJ drivers and operators, that it is time to shift to more fuel-efficient and modern jeepneys.
>>> View more: EVAP considers using electric and hybrid vehicles 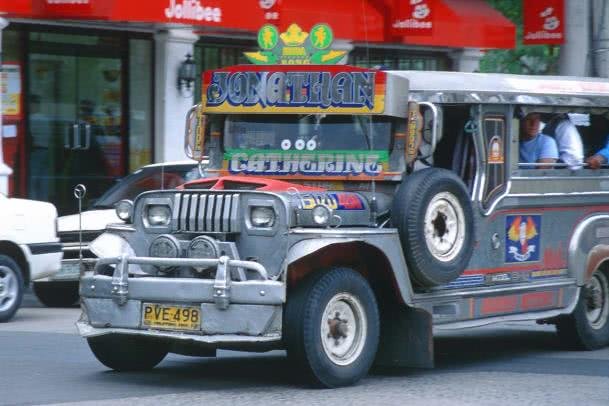 The government has established a plan which includes the change of public utility jeeps
Dominguez as quoted as saying “Today, we embark on something more ambitious and politically challenging. We will try to replace 220,000 aging and inefficient jeepneys nationwide with new vehicles. The replacement vehicles will help clear the air literally, make commuting safer for the public and contribute to a more rational public transport system.”

Dominguez as Land Bank of the Philippines (LandBank) Chairman has signed a memorandum of understanding (MOU) with Secretary Arthur Tugade of the Department of Transportation (DOTr), regarding the upgrades and innovation of the said PUJs program. The signing was witnessed by LandBank president Alex Buenventura and LTFRB Chairman Martin Delgra III. The program aims to reduce the number of vehicular accidents that PUJs may potentially cause
“Do not worry. Trust us that what we are doing is for the development of our country, which is also for your welfare and for the upliftment of the socio-economic status of your respective families,” LTFRB Board Member Aileen Lizada shared.

Based on the MOU, Landbank has established a credit facility, costing P1-billion, to assist PUJ operators in the initial phase of the program. The project will start from 650 PUJs, replacing them with electrical powered vehicles (Euro-4 compliant engine) which estimates around P1.4 million to P1.6 million per unit.

Dominguez further explained “There will be political resistance, no doubt, from those who do not wish change. We will have to conduct effective public diplomacy to raise the acceptance of this program. We must convince the jeepney drivers and operators that this is the way to go. They must understand the financing package will make the shift affordable. It will be an important contribution to fighting climate change. It will help decongest our exhausted roads. It will make commuting a more pleasant activity for our bedraggled commuters.” Landbank has established a credit facility, costing P1-billion, to assist PUJ operators in the initial phase of the program
There are three agencies tasked to run the PUJ phase-out program: the Department of Finance, DOTr and Landbank.

All in all, the PUJs project is only the seed, there is still a lot more of unfolding to be done to determine whether or not this solution is the best solution for the Philippines. Sometimes we have to let time to be the answer.