The Future of Jeepneys in the Philippines: Why it needs an upgrade

Read on to know reasons why jeepney needs an upgrade!

If you’re the average Filipino, then you might have had a chance to take a ride in our iconic mode of public transportation – the jeepney. It has been serving us for so many years now and the government deems it necessary that these jeepneys need an upgrade. You may or may not notice these when you ride this public utility vehicle; but here are the reasons why some people think the jeepney needs to level up from Philkotse.com.

It’s no secret how much pollution there is that comes from every jeepney out there. They are one of the vehicles that populate the streets the most, especially in the province areas. They do a good job of delivering people and goods because of their big bodies and roomy rear cabins.

This is the reason why a lot of drivers use them for business and as public utility vehicles to earn a living. Though there have been incidents of banning jeepneys with overly damaging compositions of exhausted smoke, the punishments were merely a slap on the wrist. Jeepneys are one of the vehicles that populate the streets the most, especially in the province areas

This issue isn’t as big as it is in the provinces of the Philippines as it is in its major capital, Manila. Pollution there is already everywhere, in the land, in the bodies of water and now, jeepney exhaust fumes are making the air pollution worse. After years and years of examining the problem, the government finally came up with a solution. This requires the dissolution of jeepneys permanently.

Jeepneys are one of the vehicles that populate the streets the most, especially in the province areas.

>>> Worth to note: The PUV Modernization Program in the Philippines: Facts You Need to Know

2. Decaying By the Day

When we talk about icons that symbolize the Filipino people, the culture, the way of life; one symbol we can’t really help but utter is the jeepney. It has been with us for years now and it remains one of the greatest symbols that signify our country. However, the “king of the road” as it has always been monikered, is not as symbolic as it was before.

If you take a look at most of the jeepneys that roam the road, you’ll see new shiny ones, but there is definitely a large number of old, worn-out and rusty units that are still used for picking up and dropping off passengers. These are the units that add to the concerns of the government as it endangers the lives of people for the sake of earning for an everyday living. Drivers often neglect minor issues and continue with their goal every day as long as the jeepney is running.

Jeepney has been with us for years now and it remains one of the greatest symbols that signify our country. 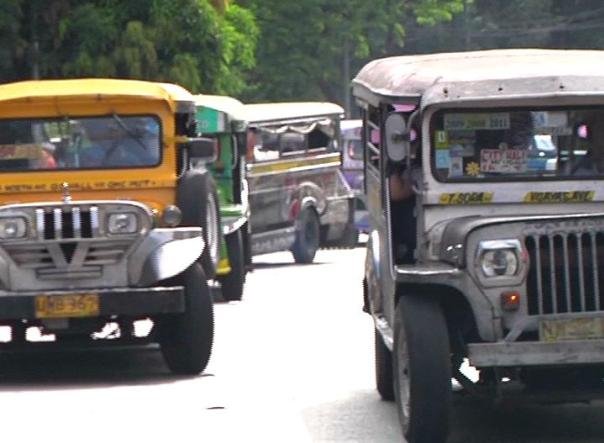 The number of old-fashioned jeepneys grows day by day. This is because unlike other jobs, being a jeepney driver actually comes with good pay. It may not always be rainbows and sunshine but if you’re hard-working enough and luck is on your side, you may take home a sufficient amount of money.

One other reason that there are a lot of people who take into driving jeepneys rather getting jobs is that this job doesn't require a diploma or any college degree. As long as you can drive, has a registered jeepney that you can use for the trips, and a valid driver’s license, you can start taking passengers from point A and get them to wherever they need to be – for the right price.

Because of the simplicity of the process the streets become and more crowded with jeepneys. This leads to tougher competition as drivers who travel the same route trying to race each other in the hopes of getting more passengers. They also extend their service hours to earn more money. Some result to taking illegal drugs like methamphetamine to stay awake so they could accommodate more travelers even in the late hours, where the pay is almost double.

Because of the simplicity of the process the streets become and more crowded with jeepneys. Crime is everywhere; in every alley, in every street and there’s even crime while you’re on the road and in a vehicle. Common crimes that happen almost every day and every minute are cases of theft. The usual scenario wherein one can imagine that petty theft can happen is in cases when you're alone or on an extremely busy street.

However that’s no longer the case these days, there have been numerous and uncountable scenarios where jeepney passengers would fall victims to theft and robbery. Most of the people who execute these acts are non-professionals and are therefore caught most of the time; though the goods and cash are hardly retrievable.

There have been numerous and uncountable scenarios where jeepney passengers would fall victims to theft and robbery. 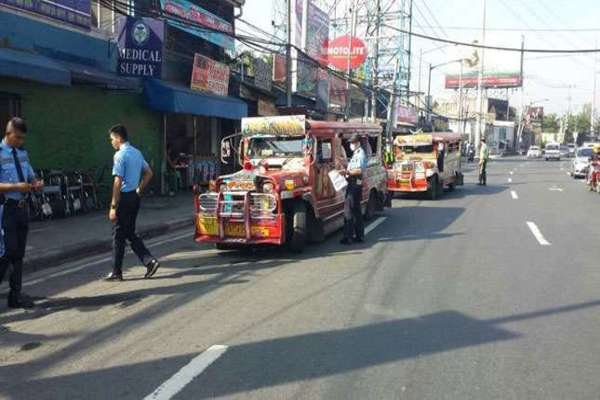 5. No More Hitchers and Jeepney Clingers

Hitchers are those who cling onto the rear side of the jeepney when there’s no more space inside. These are also counted as passengers and they are also obliged to pay the same fare even if they are not seated for the whole trip. Hitching a ride on to a jeepney is dangerous and many have been injured, if not killed, in cases where the jeepney coincidentally got into an accident.

Thieves also disguise as hitchers and cling onto the side of the jeepney’s rear entrance. They often just wait there pretending to need to be somewhere until they find the right timing. This is a usual modus that petty thieves do to stalk their victims. When they feel like the time is right, they grab possessions of other passengers who are close to the rear exit. They usually target those who are comfortably fiddling with their mobile phones, wallets or purses.

Hitchers are those who cling onto the rear side of the jeepney when there’s no more space inside. 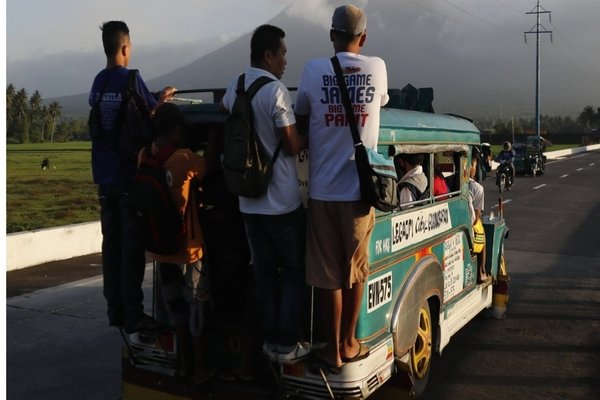 Modernization is being applied everywhere and to everything these days in the belief that it will ease and lighten our way of living. New proposed Jeepneys look nothing like the current “king of the road”, that roams the streets and roads of the Philippines. Many believe that replacing the classic jeepneys with modern ones will completely erase one of our icons and make it just a mere part of history.

There is also a big chunk of the population that agrees with the government with this decision. This is mainly brought by the benefits that it brings to the everyday-traveling Joes and Janes. Think of more comfy seats and no more rubbing elbows with other passengers.

Before, passengers were practically squishing each other to battle for their space, but the modern jeepney is designed to address that issue. There is also a beep card feature so the jokes and stories about how passengers passed bills and coins around inside the jeepney will just be a tale for future generations.

Jeepneys Jeepneys in the Philippines