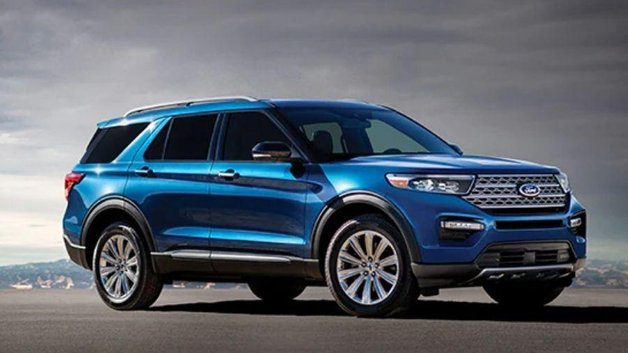 American automotive marque Ford is one of the top car brands in the Philippines that is most preferred by Filipinos when it comes to compact and midsize SUVs. The Ford Explorer is also a premium-looking SUV just like the Expedition, which is priced under Php 3 million. The history of the Ford Explorer traces back to over 20 years since it was launched in the early 1990s. It underwent numerous changes. That includes the recently redesigned platform that transformed it into a midsize crossover from its original body type, which is a midsize SUV. Over the years, the Ford Explorer has significantly grown up and currently offers and provides more for the needs of the Filipinos who are looking for a cross-country adventure. The Ford Explorer, being a midsize crossover, features a body dimension that is locally considered one of the largest in its class. The Ford Explorer maintained its status greatly with its extra masculine looks, tall standing, and a few touches of 21st- century design ideas. The cabin can comfortably accommodate seven occupants with leather seating material, wide moving spaces, and cool connectivity and entertainment features. Ford Philippines offer the Ford Explorer in two engine options, namely 3.5-liter and 2.3-liter EcoBoost engines.

Ford globally introduced the Ford Explorer in the 1990s as the brand’s very first four-door full-size sports utility vehicle. Since then, it maintained its place as one of the best-selling Ford models in its parent country – the United States of America.

At present, Ford Explorer is in its fifth generation and has undergone numerous changes by becoming a bigger, more premium, and a monocoque SUV after replacing its body-on-frame structure, underpinning its previous four generations models.

The exterior features of the Ford Explorer include halogen reflector high beams, LED low beams, LED taillights (V6 variants come with a blacked-out finish, halogen fog lights, a rear spoiler, and an embossed liftgate and chrome roof rails in either black or chrome, depending on the variant.

Some of the technology features equipped in the Ford Explorer includes an eight-inch touchscreen LCD monitor and head unit with navigation and Ford’s SYNC3 system. The sound is transmitted through the Premium Sony sound system composed of 12 speakers with AM/FM radio functionality and MP3 capability.

The cabin also has four 12-volt sockets so passengers can charge their devices and phones while on the road. Two of the sockets are mounted in the front while the other two are designated in the second row and rear cargo area, respectively.

Ford Explorer is a five-door crossover that can comfortably accommodate seven occupants with a length of 5006 mm, a width of 2004 mm, and a wheelbase of 2860 mm. It comes with a new unibody platform with standard rear-wheel drive and longitudinally-mounted engine that mimics the layout of most luxury SUVs. It marks the third significant change to the Ford Explorer's construction. The first four generations were a body-on-frame, truck-based SUV, and the now, the fifth generation Ford Explorer is a transverse-engined crossover.

This American crossover is also equipped with MacPherson struts front suspension and independent multilink rear suspension. Both variants get 20-inch wheels with disc brakes of the same size.

Ford Philippines offer the Ford Explorer with two engine options. The first option is the 2.3L 4-cylinder turbocharged EcoBoost engine, which pumps up 270 horsepower and 408 Newton-meter of torque. The second option is the 3.5L V6 gasoline power plant that produces 365 horsepower and 475 Newton-meter of torque. The two engines are both connected to a six-speed automatic gearbox.

The American crossover has paddle shifters that come as standard. The smaller 2.3L engine delivers power to the front wheels only while the 3.5L mill provides power to all four wheels. Both engines provide excellent performance but low on fuel efficiency.

Does the Ford Explorer come with 5 seats?

No, all variants of the Ford Explorer come with 7 seats.

How many engine options are available for the Ford Explorer in the Philippines?

Is sunroof available on the Ford Explorer?

Yes, sunroof comes as standard on both variants of the Explorer.

The price of the Ford Explorer in the Philippines is not yet available at the moment but will be updated as soon as official pricing details are announced. Make sure to bookmark our 2021 Ford Explorer price list page and come back any time to catch up with the latest pricing changes. 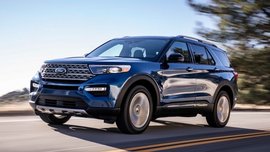 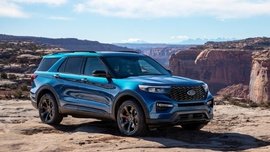 2021 Ford Explorer: Expectations and what we know so far

We hope to see the sporty Explorer ST. 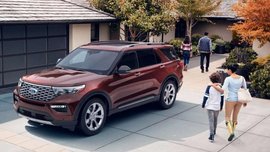 Ford Explorer 2020 launched, showing its biggest upgrades in a decade