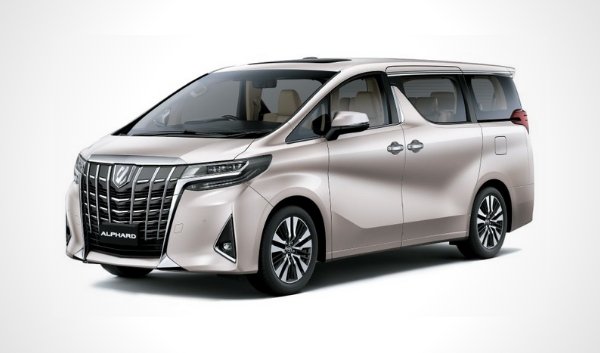 The Toyota Alphard is perfect for those in need of a ride that provides comfort with a bit of luxury. The front end of the Alphard features a large new grille that exudes individuality and luxury with fine lines flowing towards the back part. It makes the vehicle extraordinary. The luxury does not stop there. Inside, the Toyota Alphard features captain seats and leg rest, full-leather interior, touch-screen infotainment system, 16-colored ceiling illumination, eight speakers, and individual aircon vents for each passenger. Aside from the comfort and luxurious style, the Toyota Alphard does not disappoint in terms of engine power. It can take you to your destination as fast as needed. Roaring under the hood of this luxurious van is the 3.5L DOHC 24-valve V6 mill that creates 292 horsepower and 361 Newton-meter of torque. The minivan is equipped with ventilated disc brakes on all corners that handle the vehicle's stopping power.

The current generation Alphard made its debut in 2015, which introduced us to a new architecture featuring a new rear suspension. The Toyota Alphard offered by Toyota Motor Philippines was refreshed on May 16, 2018. It got an even more futuristic and aggressive look than before. But it retained the convenience and luxury features of its predecessor, such as the automatic sliding doors, mood lighting, dual sunroof, and power-adjustable leather captain's chairs.

The Toyota Alphard serves premium minivan offerings of Toyota Motor Philippines in the market. The model has been locally available since 2010, and it has been one of the best choices for car buyers looking for a luxury van or as an executive transport.

The exterior of the Toyota Alphard features a boxy and incredibly unique layout full of busy design elements and a tall nose.
The tall large front grille dominated the front fascia of the vehicle. It is flanked by LED headlights on both sides. The headlights have chrome ornaments, integrated with clearance lamps. LED treatment is also applied to its tail lamps and fog lights. Daytime running lights are also a standard feature in this minivan.

Stepping inside the Toyota Alphard, you will be welcomed by a simple but sophisticated cabin layout. The interior comes in beige color and natural leather, as it is the only seating material option. This minivan also comes with a sunroof, and the front seats are heated and cooled.

The steering wheel of the Toyota Alphard comes in four-spoke leather wrapping with telescopic and tilt adjust function, along with audio controls. Urethane materials are used in the gate-type patterned shifter with silver accents and wood trim. It also comes with manual mode.

The Toyota Alphard's driver seat can be adjusted in six different ways with auto-slide away and memory function. The four-way power-adjustable passenger seat gets a power ottoman option.

Some of the standard safety features of the Toyota Alphard includes hill start assist, vehicle stability control, and anti-lock brakes with EBD. The vehicle’s airbags can be located for the passenger and driver, curtain shield, and near the driver’s knees. The three-point seat belt comes as standard for all the car’s occupants.

The Toyota Alphard is a five-door minivan riding on Toyota’s MC platform assembled in Japan. It is offered in seven and eight-seating configurations. Because of its height of 1,890 mm and long wheelbase of 3,000 mm, the Toyota Alphard is spacious to accommodate up to eight passengers with immense comfort.

The suspension of the Toyota Alphard is handled by the MacPherson struts with stabilizers for the front and the double-wishbone setup for the rear. It provides a plush and soft ride quality.

The stopping power comes from the ventilated disc brakes on all corners of the minivan. The Toyota Alphard offers a ride that is perfectly tuned to its purpose.

In the Philippines, the Toyota Alphard is offered with a single engine option, the 3.5L 2GR-FE V6 Gasoline. This powerplant pumps 292 horsepower and 361 Newton-meter of torque. The petrol engine is mated to its eight-speed automatic gearbox.

Is the Toyota Alphard a good car?

Yes it is. The Alphard has arrived to our shores since 2010, and it has been one of the best choices for car buyers looking for a luxury van or as an executive transport.

Does the Toyota Alphard have 4WD?

Yes, it does. The Toyota Alphard is currently available for sale with only one variant in the local market and it does come with FWD.

Where is the Toyota Alphard made?

The Toyota Alphard is manufactured in its home market Japan.

***Please note that the Toyota Alphard‘s price might differ in some showrooms and should serve as reference only. 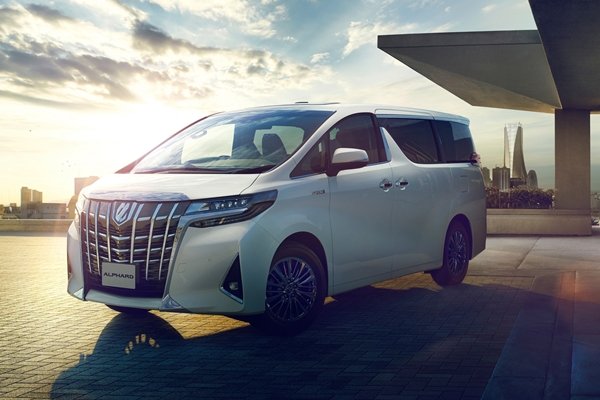 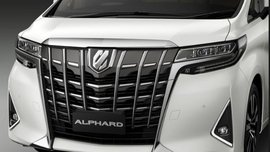 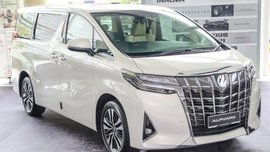 All details of the two MPVs including their equipment, specifications and price are unveiled.