Find out which of the following 5 cheapest sports cars in the Philippines this 2020 can gratify your need for speed.

If the usual family van or compact isn’t enough, maybe get one of the cheap sports cars as a weekend car to kick about in will do. Go on long drives and enjoy what these cars offer.

If driving is your thing and this it for a get-away, why not get one of any cheap sports cars to kick about on the freeway. The need for speed and wind on your face, while driving to Subic or anywhere in the north is the fix you want. These cars are precisely built machines that make driving fast fun and with top-notch sports-tuned components to do that. 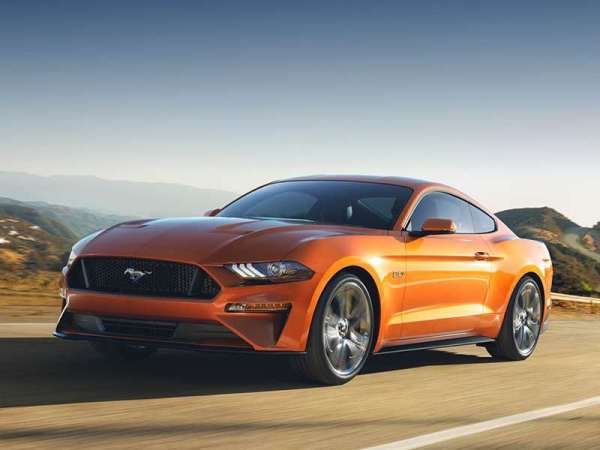 Imagine your sports car ripping the road and with the sun in the eye, wouldn’t it be nice to do?

Compared to other kinds of cars which have fuel economy and are good city slickers, compared to them any sports car begs to be driven fast! Top-spec cars like this are all about driving fun and just the tool to kick away any midlife crisis blues. Getting the expensive ones aren’t required, get cheap sports cars. You’re all set to ride out in style.

Imagine your sports car ripping the road and with the sun in the eye, wouldn’t it be nice to do? Next up is what features should it have and it’s cheap because too cheap will not cut it for anyone. There’s no need to worry because Philkotse.com has got some inexpensive and good options for any buyer.

I. What features to look for in a cheap sports car in the Philippines?

Unlike other kinds of cars, the sports car is made for speed and can be used for everyday driving in the city. Although the usual two-seater that can have a third in the back, not the two. Some sports crossovers that seat more than three people are available too.

It's important to have a high spec engine and drive fast. One of the most exciting options but several factors like style, speed, low-profile and performance are important.

1. Sports cars are fast cars that meant to seen and drooled at while moving in the city or the freeway. Style is the visual element that distinguishes it from the rabble of common cars on the road. Elements of sleek and slashing lines across the body, with the design, incorporates the visual impact as it rockets pass slower compacts.

2. No way that it’s a sports car unless it rips the concrete under it right? This car pleases the lust for moving fast and leaving everyone in the dust. They are made for speed and no other thing else more. 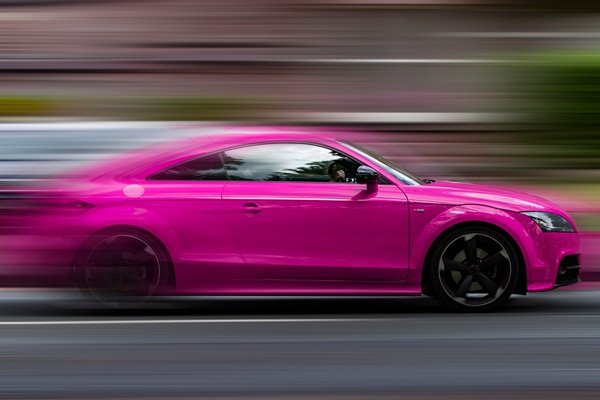 3. A sports car has a low profile, round hugger for less wind resistance though. In the Philippines, higher clearance is needed due to bad roads.

4. Most sports cars Philippines have tuned performance courtesy of engines that deliver power and with features that make it a great car. Both sports-tuned transmission and suspension which work in tandem to allow drivers brisk and easy control when driving.

A specialized breed of auto that delivers on these four factors is what a sports car should be. The prices of these options won’t hit the roof, so it’s okay as well.

>>> Worth to note: FAST 7! What is the best sport car brands in the world and why?

Philkotse.com compiles a list of cheapest sports cars in the Philippines. Not only being more cheapo than other super sports coupes or convertibles, but these workhorses can also be had for a lesser price but packed with everything. Pricing of these options will not go over the two-million-peso mark for reference.

European bred and a top-down with speed and performance to match for an affordable Euro option. For a Sunday drive on the freeway and a smashing euro-styled speed demon for ultimate looks while burning it. A definite head-turner whether in the city or roaring on the freeway that will make anyone glad they got it.

No shortage of horsepower or torque on it and with 6-speed AT then it’s an easier drive too. The front face and the trademark of this Euro brand with a luxurious and powerful drive! 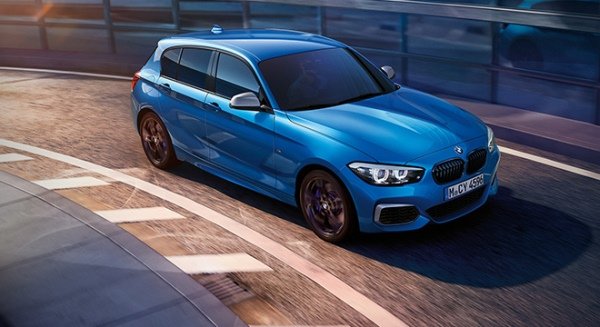 >>> Check out the latest BMW cars price list in the Philippines

The Mazda MX-5 is one of the iconic roadsters for the sporty driver and comes with sleek styling for a speedy ride to get on. A traditional two-seater which hearkens to the classic rides of yesteryear.

The MX5 is the iconic ride of Mazda, which has scored well for many drivers who decided to make this go-to-Sunday car. It’s a small, fast and with a fine lineage to draw on too. Add up its quick and nimble performance as top draws for this iconic roadster. >>> Get the latest price list of Mazda Philippines here

If you’ve heard of Rally cars; then Subaru BRZ comes to mind as one of the best handling cars. A sleek and stylish mean mother of sports car that will fly on concrete. With better traction and a whopping 200 horsepower, it will make the blood boil when driving. It won’t set you back so much and what else do you need for speed. 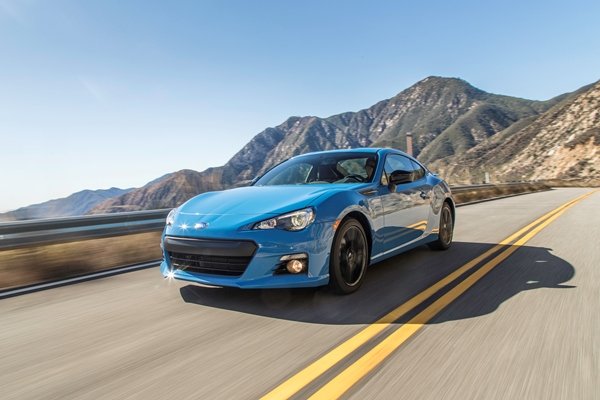 With better traction and a whopping 200 horsepower, it will make the blood boil when driving

If the fast and furious is an inspiration for coupe sports car, get the Toyota 86 which boasts of a bad-ass engine with horsepower and torque to propel it forward. Get shifting with a 6-speed manual to get the gears turning into a top speed of 233 mph which is blazing fast. It has everything for a boyfriend car to bring out on dates and impress the women.

Don’t discount the super sleek and sexy lines on this sporty coupe which is distinct and superlative! All good with this Japanese import that will set the road on fire. The 86 is a cheap sports car in the Philippines

>>> Check out the latest Toyota 86 price list with price installment

Among the options this has the most torque for any option at 353 Nm and 210 horsepower is power for the open road, with a rear-wheel-drive for more traction in the back. A beautiful mass of sculptured metal with a coupe-style and good embellishments outside and inside.

The price is a sporty bargain for anyone with a yen for speed. No need to break the bank because this won’t, so why not get it? A true head-turner that has made a name for itself and a definite must-have too. 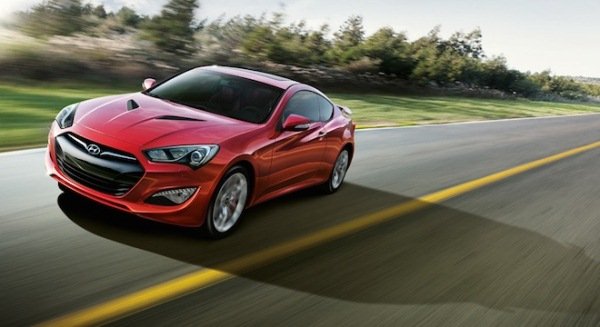 Choosing any of the cheap sports cars in the Philippines to buy is not cheap at all, and you pay quite a bit compared to a compact. A sports car is status for someone who wants a car to reflect them, it has style, speed, performance, and low profiles that attract attention. No need for supercars but these options will please with a good price and everything that other cars don’t have.

The Toyota 86 was born because of the collaboration of two carmaker giants from Japan – Toyota and Subaru. Toyota 86, or referred to as Toyota GT 86 in some markets, is outlined as a sports coupe with a layout that possesses an excellent power-to-weight ratio. It adds up to its well-known high levels of road agility, most notably on the track. In a way, the Toyota GT 86 was the spiritual successor to the first-gen Celica of the 70s and Toyota AE86 of the 80s. It created a deep-rooted impression in the country among car enthusiasts in the Philippines. The Toyota 86 gets aesthetic tweaks featuring new fog lamps, revamped bumper, redesigned tail lights, and a wider grille. Inside this 4-seater sports coupe, it also features a touchscreen head unit with a WiFi-capable smartphone mirror link, and controls mounted in the steering wheels. Under the hood, the Toyota 86 is powered by a 2.0L naturally aspirated 4-cylinder boxer engine derived from Subaru. It produces 197 horsepower and torque of 205 Newton-meter. Toyota 86 is also equipped with a D4-S fuel injection system from Toyota. The power is delivered to the rear wheels via a 6-speed automatic transmission with paddle shifters or 6-speed manual transmission.