Why the Toyota Hilux is extremely popular among Filipino car buyers

A reputation that has endured eight generations of the model.

Toyota has been synonymous with a number of models in the Philippine market: the old Tamaraw AUV (along with its descendants the FX, the Revo, and the current Innova), the best-selling Corolla Altis and Vios sedans, and the Hiace passenger van, among others.

But if one model epitomizes Pinoys’ long-standing love affair with the brand, it would probably be the Toyota Hilux. No surprises there, since the pickup posted sales of 20,846 units in 2019 - one of the highest among other Toyota models in the Philippines, narrowly defeating the Innova and placing second only to the Vios. Filipinos continue to think very highly of the Hilux

Now, understand that the Philippines is either a sedan or an MPV market (again judging by Vios and Innova sales), so the inclusion of the Hilux among Toyota’s top-sellers is nothing short of remarkable.

But is it surprising? Let’s enumerate some of the reasons why a cab and cargo bed stamped with the Toyota logo is popular among Filipino consumers.

It can take on practically anything

Long-time Toyota fans boast about the robustness of the brand’s cars, which speaks volumes about its build quality. Nowhere else does this manifest more clearly than the Hilux.

In fact, the Toyota Hilux has been the vehicle of choice of militant forces in conflict areas for decades; its speed, maneuverability, and indestructible nature making it the perfect choice as an improvised mobile weapons platform. In popular culture, an 18-year-old diesel Hilux that had 190,000 miles on the odometer was put through a torrent of abuse: crashed into a tree, submerged in seawater for five hours, dropped from a height of 10 feet, hit with a wrecking ball, set on fire, and finally buried in a controlled building demolition. Yet it still managed to run without needing spare parts.

Philippine driving conditions are not nearly as extreme, since the most we encounter are bumps and ruts on the road, along with the occasional flash flood (and reckless drivers). But knowing that a Hilux can potentially withstand a lot worse does inspire confidence.

MPVs like the Innova and Avanza have largely assumed the role of the typical family vehicle that can be repurposed for business. But let’s face it: fitting a muddy motorcycle inside the cabin, even with the seats folded down, is a tall order.

No such problems with the Hilux, since an open cargo bed gives you the freedom to stack cargo, even if the stack exceeds the cab’s height. 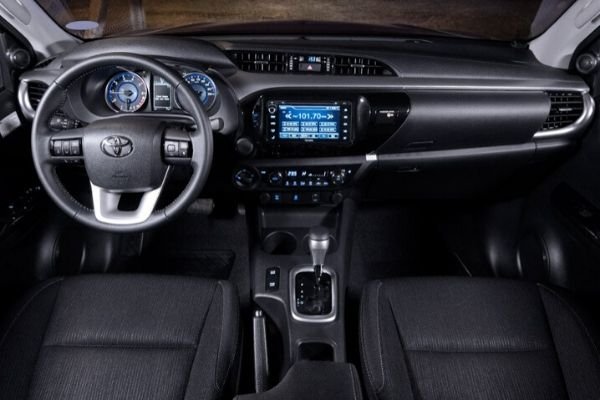 The cabin has generous space for five occupants

Speaking of the cab, it still offers adequate room for up to five passengers (even in the absence of third-row seats). The rear suspension on a Hilux is specially tuned for heavy loads, which means that even when filled to capacity, the rig has less chances of bottoming out compared to a people carrier on hauling duties.

Although the trade-off is one of the stiffest rides in its segment, it’s a concession that many people willingly made as it was outweighed by the pickup’s virtues.

It strikes a balance between power and efficiency

As a modern beast of burden, the Hilux needs grunt to fulfill its duties, and a diesel engine fits the bill nicely. The inherent pull of the oil burner enhanced by variable nozzle turbo technology increases performance while reducing lag, making the Hilux more responsive to driver input. And since the Hilux runs on diesel, it doesn’t use up fuel easily even while idling in terrible city traffic, and is considerably more affordable to fill up at the pumps.

Yes, we know it’s a clichéd and cookie-cutter answer, but the Hilux largely benefits from Toyota’s reputation as a carmaker: outstanding build quality, long-term reliability, and wide availability of parts (both OEM and aftermarket), which translates into ease of maintenance.

And for those who do decide to sell their units eventually, a Hilux, like most Toyotas, holds up pretty well in terms of top cars with high resale value. 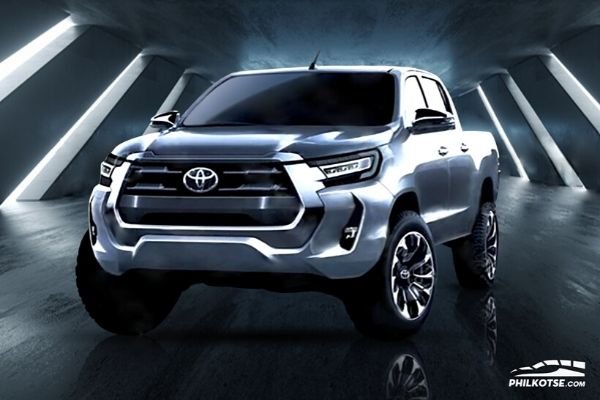 The current-generation Hilux is already midway into its current life cycle, and there have been reports of a facelifted version which could be released for the 2021 model year.

The looks alone could be the next step in the truck’s evolution, and one improvement we’d like to see is the inclusion of the Toyota Safety Sense suite of driver-assist features that enhance passenger protection.

This would be a marked transformation of the Philippine-spec Hilux from merely being a capable beast to a more intelligent class of machine.

“Hilux is synonymous with Toyota... The model has been in our lineup for more than five decades, and proves itself time and again to be the prime example of Toyota’s strength as a manufacturer.” says Elijah Marcial, Toyota Motor Philippines Vice President for Marketing.

With the Hilux building a well-deserved following among Filipinos, it’s quite reasonable to expect that this will be so for the foreseeable future.

Here Philkotse has a wide selection of Toyota Hilux 2012 and other model years for sale at a very competitive price.

See more cars that get your motor running at Philkotse.com.