Filipinos love pickup trucks. That’s a given. We use it to carry heavy loads even on harsh terrain, and many even use it as a capable and reliable family vehicle.

Of course, the bevy of options in the market resulted in one of the greatest rivalries in the Philippine automotive industry: the Toyota Hilux vs the Ford Ranger.

On the Ford side, we have the Ranger. It’s an old nameplate that was used as the name of a Ford F-Series truck from 1965 to 1981. It wasn’t until 2011 when Ford Australia finished designing the T6, which was given the name: Ford Ranger.

On the Toyota side, we have the Hilux. An equally long-lasting model that never left Toyota’s lineup since 1968.

Years after these pickup trucks were introduced, they’re still very popular. And of course, the one or the other has become the go-to vehicle for many who are seeking an off-road capable, 4x4 pickup truck that can take the rigors of Philippine terrain.

So now we’ve come to this question; which is better spec-wise? The Toyota Hilux Conquest 4x4 or the Ford Ranger Wildtrak Biturbo 4x4? Two high-spec models from their model’s variant lineups. The Ranger Wildtrak also has a longer wheelbase at 3,220mm, which is 135 mm longer than the Hilux’s 3,085mm. The Ford model also has 232 mm of ground clearance, whereas the Toyota model has a bit more at 279mm.

When it comes to exterior design, both the Hilux Conquest and the Ranger Wildtrak Biturbo are more rugged looking than their lower spec counterparts. Both models have no chrome making for a darker, sportier look, plus the Conquest even has a totally different grille than the standard Toyota Hilux.

Regardless of how different they are on the outside, these two models are really attractive pickup trucks, each with their own take on each of their respective, tried and true designs. In terms of this high-spec Hilux vs Ranger discussion, we can safely say that they’re pretty much comparable. Both have LED fog lamps and daytime running lamps, and both have LED headlamps. Both also come front fog lamps, a bedliner, power-folding side mirrors, and a sports bar.

The Ranger however, does have rain-sensing wipers, which are absent on the Toyota Hilux Conquest.

Inside, both the Ranger Wildtrak and the Toyota Hilux are very reminiscent of their SUV counterparts: the Ford Everest and the Toyota Fortuner respectively. Both are quite spacious, and can fit five people including the driver. Both also feature well-arranged dashboards as well. Inside the Ford Ranger Wildtrak

Both the Hilux Conquest and the Ranger Wildtrak however come with each of their own automatic climate control systems, auto-dimming rearview mirrors, keyless entry with a push to start button, and automatic headlamps. Both also have six speakers, USB charging ports, and 12-volt charging outlets.

Moreover, both trucks are kitted out with eight-inch touchscreen headunits. These touchscreens both come with Apple CarPlay and Android Auto. Each is then linked up to a six-piece speaker system. A peek inside the Toyota Hilux Conquest's interior

Last but not the least, the Hilux Conquest gets fabric clad seats, whereas the Ranger Wildtrak Biturbo comes with leather seats. Both models do come with leather-wrapped steering wheels.

The Ranger Wildtrak Biturbo 4x4 AT is slightly more powerful than the Hilux Conquest. This is thanks to its 2.0-liter biturbo diesel inline-4, the same engine that the Ford Ranger Raptor uses. Aboard the Ranger Wildtrak, the said engine can make 213 horsepower at 3,750 rpm and 500 Nm of torque at 1,750-2,000 rpm. Power is sent to all four wheels through a 10-speed automatic. The Ranger Wildtrak also comes with a nifty shift-on-the-fly knob and a locking rear differential.

In comparison, the Toyota Hilux Conquest 4x4 AT’s 2.8-liter 1GD-FTV turbo diesel inline-4 can make 204 horsepower at 3,000-3,400 rpm and 500 Nm at 1,600-2,400 rpm. It also has a locking rear differential plus an auto disconnect front differential, but its transmission is a six-speed automatic which means it has shorter legs than the Ranger. Note though that the Hilux Conquest has a manual version and that point cannot be ignored by hardcore off-road people. But, if it comes to top speed, the Ranger Wildtrak biturbo might have the advantage.

The Toyota Hilux Conquest however, does have a panoramic view monitor, which is absent on the Ranger Wildtrak Biturbo.

Apart from those, the Ranger Wildtrak Biturbo also comes with a whole host of driver-assist features which aren’t present on the Toyota Hilux Conquest. These include active parking assist, lane keep assist, lane departure warning, and autonomous emergency braking.

Last but not the least, the Toyota Hilux Conquest has seven airbags, while the Ford Ranger Wildtrak has six airbags.

To conclude this comparison, we can safely say that both of these trucks are more than capable of off-road feats. At the same, both can also function as a comfortable and practical daily driver, or even as a family chariot.

In terms of safety though, it is plain to see that the Ranger Wildtrak does offer a bit more as it comes with a more advanced driver-assist suite. In turn, the Hilux can provide more due to having one more airbag. Which do you think is better-looking from the rear? Use the slider to compare them

So which is better? Well, it depends on your taste. Also, you might want to give each truck a test drive before settling on a final choice.

As a side note, the 2022 Ford Ranger is coming to the Philippine market soon. This is the next-generation version, so some of you might want to wait for this new model.

For a new 2022 Toyota Hilux, new is yet to come out of this from the Japanese brand. Then again, the marque might surprise us in the near future with an all-new version. For now, keep reading here on Philkotse for future updates. 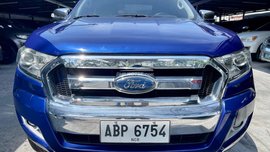 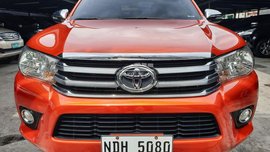