Nissan Terra vs Isuzu Mu-X: Battle of the macho SUVs!

The Nissan Terra vs Isuzu Mu-X. Both are based on pick-up trucks, and both are very excellent SUVs. How will they fare if compared to each? Let's find out!

While it is of no doubt that the leading SUVs here in the Philippines by virtue of sales is the Toyota Fortuner and the Mitsubishi Montero Sport, other manufacturers also have their own entrants to that ever competitive market segment.

For Isuzu, there’s the utilitarian looking Isuzu Mu-X and for Nissan, there’s the powerful new comer; the Terra. These two also have quite the following here in the county and pleasantly enough even for the really new Nissan Terra, it has already spawned several car clubs and groups dedicated to its marque.

As such, we at Philkotse.com are in the opinion that it is the right time to pit the Mu-X and the Terra against each other in terms of specs to further aid you especially if you’re in the market for a new, tough and capable SUV. To help you make your choice so to speak.

>>> Check out some car review videos for your further reference:

While each have their own unique exterior look which make them quintessentially vehicles of their respective brands, both the Mu-x and the Terra have this rugged and tough look to them that emits tons of road presence.

But in terms of size, it is evident from the table above that the Nissan Terra 2019 is a little bit larger than the Mu-x. Appearance of course is always subjective, but that difference in proportions, even miniscule, will mean that the Terra will have a bigger boot space than the Mu-x and the interior space will be much larger. As for actual exterior stuff, the Terra it seems has one upped the Mu-x as it comes with a roof rack which the Mu-X does not have except for the LS-A variants. Here's a rear view of the Terra and the Mu-X

In terms of the interiors of these SUVs, we’ll have to match up their top of the line variants, the Mu-X LS-A and the Terra VL AT.

As per their disparity in sizes, the Terra offers much more room in its second and third row. Both SUVs have really comfortable leather seats, and the dashboard as well as their center consoles are adorned by silver accents. There are still some plastic parts here are there but these appear to be of good quality and are fitted nicely to each other.

For equipment relating to comfort and entertainment, the top of the line Isuzu MU-X has a larger touchscreen display at 8 inches compared to the Terra’s seven inch unit. Both though have USB and AUX ports. The one on the Terra despite being smaller is more advanced as it actually has Apple CarPlay, Android Auto, Wifi, GPS navigation, and video playback. While both variants comes equipped with a rear video screen, the Mu-X does not have front parking sensors.

Also note that the more affordable base model for the Nissan Terra comes with a really good but smaller 6 inch touchscreen display that has the same connectivity options while having video playback functions while the one on the base Mu-x has AUX, Bluetooth, and USB, doesn’t have to ability to play video. >>> In-depth review for each model can be found at:

This is where the Terra plainly beats the Mu-X.

Coming standard across all variants for the Nissan Terra are a whopping six airbags. These are dual front airbags, side airbags, and curtain airbags. In comparison, the Mu-x’s top of the line LS-A only gets two on the front.

For other safety equipment, both the top variants of the Terra and the Mu-X both come with electronic brake distribution, anti-lock braking system, EBD, an engine immobilizer, a security alarm, stability control, and cruise control. The lower spec variants of the Mu-X however doesn’t have EBD nor does it have an engine immobilizer, two things which the base model Terra EL has.

And finally, the Nissan Terra comes with a brilliant blind-spot detection system. The Nissan Terra on the other hand only has one engine option, the YD25DDTi which is simply much more power than any of those three at 190 horsepower and 450 nm of torque. Also the Nissan Terra has a whopping 80 liters of fuel capacity and there are also 4x4 and 4x2 variants.

>>> Go to our Cars for sale section to choose the best deals out there!

6. Nissan Terra vs Mu-X: Variants & prices in the Philippines 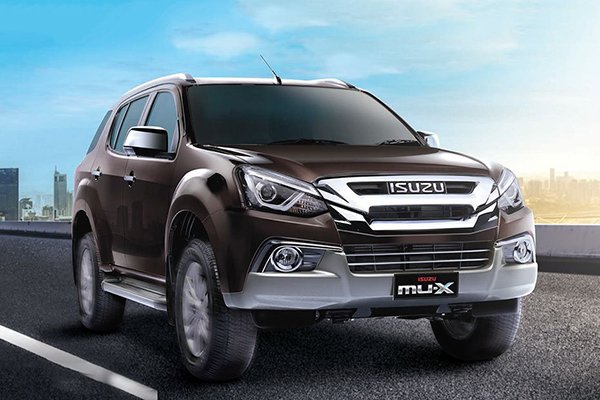 Surprisingly enough, the better equipped top of the line, much more powerful Nissan Terra only costs a couple of thousand pesos more than the top of the line Mu-X.

For the Mu-X though, the Isuzu-made SUV has a LOT of variants in a wide range of prices which of course is quite a huge advantage to the five-variant Terra. While we greatly see the advantage that the Terra has over the Mu-X just by its performance, safety equipment, and on-board entertainment amenities, we also consider that the final choice boils down to you, the buyer. Nissan Terra or Isuzu MU-X? Final choice boils down to you! 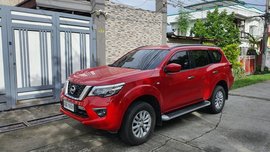