Rejoice! Toyota might be developing a GR Hilux in the near future

Mar 04, 2020 | Same topic: Auto Industry: Latest Updates
Toyota might be developing their next GR vehicle and there's a good chance that it's a Hilux!

It isn’t really confirmed yet but according to a very reliable source, Toyota now has a trademark for the GR Hilux in Australia. This was filed way back in July 2019 with the said request being granted only a few days ago on February 18, 2020.

According to the source, Toyota Australia as of yet, still doesn’t have plans to release a “GR Hilux” at this point in time but it sure isn’t something that they’ll rule out just yet.

Note that the Aussies already have the Hilux GR-Sport but many thought of that as a mere appearance package.

Also, consider that there’s a HUGE interest in high-performance trucks not only in Australia but also for the rest of the world and it would be very wise for Toyota to come up with their own.

Just look outside on Philippine roads. This is a pretty obvious bestseller.

>>> Check out: Toyota Hilux 2020 review: Take a glimpse from the updated Aus-spec version Toyota GR Boss himself is pushing for the GR Hilux

Apart from actual interest from Toyota fans, the Toyota Gazoo boss, Shigeki Tomoyama has actually expressed his interest in developing a GR version of the Toyota Hilux.

Well, it could be developed from the highly successful Dakar-spec Hilux which won last year. It packs a beefy 5-liter V8 and an even beefier fully independent suspension system. Also, the said V8 is mounted in the middle of the truck for balance. 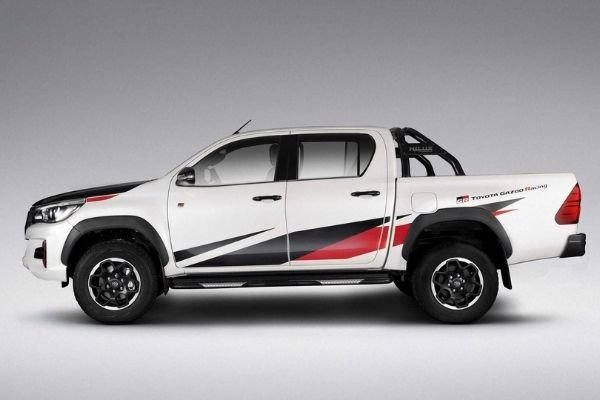 Another truck this future GR Hilux can also be based on is the Toyota Hilux GR Sport which was released in limited numbers and was an Australian exclusive.

While there aren’t any pictures of this future GR model, we can assume that it will either take styling cues from the GR Sport or from the Dakar Hilux and borrowing some technologies and parts from the latter. If we had to guess, Toyota will come up with a concept for the Hilux GR in one or two years.

Are you excited? We know we are!