2021 Subaru WRX STI: Expectations and what we know so far

The next-gen WRX STI model could debut in 2022.

Subaru Philippines has many surprises in store for Filipino car buyers for 2021. And yes, the Japanese carmaker already confirmed the plans for next year.

Subaru midsize crossover, the Subaru Evoltis, will soon be introduced in the country in 2021. It is the largest Subaru ever built by Toyota’s sports division and is expected to rival against the likes of the Hyundai Santa Fe.

Another new contender Subaru will be bringing locally is the Outback. The Subaru Outback is a station wagon that was first introduced in 1994. The two new Subaru vehicles expected to be launched next year are exciting pieces for expanding Subaru’s business network in the country.

Aside from the new releases, Subaru Philippines also confirmed two updates on its vehicles, namely on the XV and BRZ. The 2021 Subaru XV subcompact crossover is confirmed to be launched with a facelift, while the BRZ performance vehicle will be offered in its second-generation version.

Unfortunately for WRX STI fans, Subaru Philippines hasn’t released any statement regarding the plans for it in 2021 despite confirming numerous projects. This means that we could be getting the same WRX STI for next year. However, there is a reported WRX performance concept and a camouflaged rally-inspired next-gen WRX model both speculated to be launched in either 2021 or 2022.

With that being said, let’s take a look at what we can expect for the 2021 Subaru WRX STI and how it could compete in the sporty sedan segment in the local market next year.

Meanwhile, we couldn’t see much on the camouflaged rally-inspired next-generation WRX. Just by the looks of it, the rally-inspired WRX will come with wider proportions courtesy of new larger fenders and wider hood scoop. With that in mind, we expect that no changes will be made for the 2021 PH-spec WRX STI. As such, we could still see the same design cues that it sports since its introduction in 2014. The 2021 WRX STI is expected to come with the same LED headlights with daytime running lights (DRL), pop-up type headlamp washers, and a power sliding sunroof.

At the rear end, the 2021 WRX STI is expected to be designed with the dual twin tail mufflers, side sill spoilers, and rear diffuser that add to its overall rally car appeal. If we look at the current WRX STI, the exterior details seem to still last for the following years.

Inside, the 2021 PH-spec WRX STI is still expected to accommodate drivers and passengers with the same leather seats with red contrast stitching. The driver seat will be equipped with a 10-way power-adjustable function for a more comfortable driving experience. 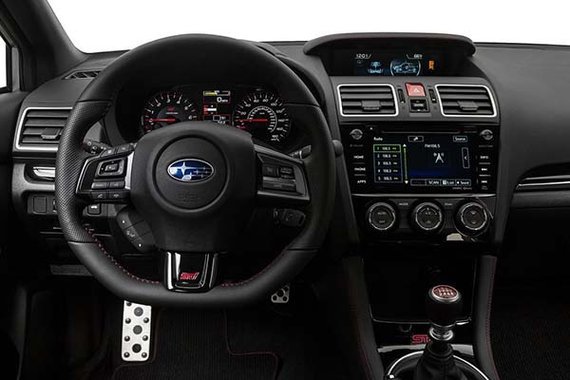 The next-generation performance concept offers a longer wheelbase. As such, we expect it to be more comfortable as compared to the current model since it will offer more legroom and accommodate larger luggage. That may sound promising, but we still have to wait for further announcements from the Subaru.

The engine from the current model is likely to be carried over to the 2021 PH-spec WRX STI. This means that the 2021 model will be using the same 2.5-liter turbocharged boxer engine capable of generating 300 hp and 407 Nm of torque. Since it is a Subaru, it is expected to still come with the brand’s reputable symmetrical all-wheel-drive system and the engine will be paired to a 6-speed manual transmission. These powertrain details provide drivers with a more rally-ready performance.

The only change for the 2021 Subaru WRX in other markets is the addition of filtered keyless entry with push-button start for the WRX sedan as a standard feature. However, the PH-spec WRX STI already has this feature so one can expect that no updates will be made for the on-board tech of the 2021 PH-spec WRX STI. 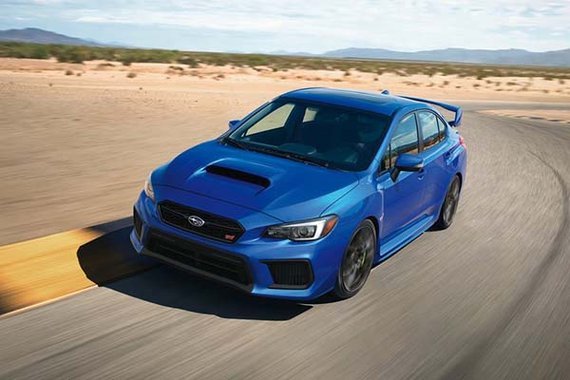 The current Subaru WRX STI offered in the local market

The 2021 PH-spec Subaru WRX STI is still expected to be installed with the same 7-inch infotainment screen that supports both Apple CarPlay and Android Auto. Since it comes with the same center console system, we still expect that it will come with the same dashboard layout as well.

The Subaru WRX STI is known among car enthusiasts thanks to its rich rally history. So despite having no changes for 2021, we can still expect the Subaru WRX STI to still compete fairly in the sporty sedan segment. However, if somehow Subaru pulls a last-minute move and introduces either of the expected next-generation WRXs, then we think that it will further advance Subaru’s name in the local market. Nonetheless, the four confirmed vehicle launches for 2021 would surely help the Japanese car brand in the local market.

The price for the Subaru WRX STI is relatively expensive, retailing at Php 2,848,000. For many Filipino car buyers, they would rather choose other sports cars that come with a lower price point such as its coupe sibling, the BRZ, or the Ford Mustang for that price.

With that being said, one can expect that the 2021 PH-spec WRX STI will still be offered in the same price range as the 2020 model. Besides, no changes are made for the exterior and the interior. Lowering the price would not justify the added performance enhancements on the STI model.

The Subaru WRX STI is the more performance-oriented version of the WRX sports compact sedan. Now that the fifth-gen Subaru WRX is out, the STI version is expected to follow soon. It is available in one variant only which is priced at Php 2,848,000. Powering this vehicle is a 2.0-liter boxer-4 turbocharged engine capable of generating 264 horsepower and 350 Nm of torque. A 6-speed manual transmission is paired with the engine to send power to all wheels (Driver Controlled Center Differential).