Cool cars deserve to be named after something equally awesome after all.

Ever since humans learned to bang rocks and twigs together to make tools, we’ve always been fascinated by animals. We are in awe of their power and form, and so we have given them equally powerful names. Some animals are outright symbols of power

Fast forward to the current internet age, we still admire the power and beauty of many scaly, furry, feathery creatures. This is so evident to the point that we have always given products and entities cool animal names. The same is true of course when it comes to the automotive world.

Do note though, animal naming conventions aren't that common on Japanese brands. Instead, Japanese-made or branded cars bear the name of concepts and ideas. The Americans and Europeans on the other hand, currently have several famous cars named after animals.

The Ford Ranger Raptor is a truck that bears a very cool name. But did you know that apart from referring to that extinct predatory dinosaur, the word Raptor also refers to birds of prey like eagles, hawks, kites, buzzards, owls etc. Regardless of whether its the predatory bird or the dinosaur, the Ranger Raptor is a badass truck

As for the truck, it is definitely as fast as the Raptor dinosaur, and/or the Raptor the bird. Come to think of it, its name can be interpreted as Ford saying that the Ranger Raptor is “preying” on other less powerful trucks. The Ford Mustang's symbol itself is a horse mid-gallop

For many, the Mustang symbolizes limitless possibilities, freedom, heroism, and the romance of roaming and exploring the plains of America.

Before bearing the cool, sleek, and macho Jaguar name, the British carmaker in question was known as the Swallow Sidecar Company. When the said company worked together with Standard Motor Co. they made cars that bore the name Jaguar as a model name. S.S. Cars Limited then took the name later on. If you don’t know what a Jaguar is, it’s a large cat species native to the Americas. Currently, it is one of the top predators living in the Amazon rainforest. It hunts primarily by stalking or ambushing unwary prey.

The midsize Nissan Bluebird that was sold in the Philippines from 1991 to 1993 was named after a group of bird species that live in the Americas. As you might have guessed, all Bluebird species are colored blue. No, the Nissan Bluebird didn't come exclusively in blue

As for the car itself, it was based on the Nissan Cedric and was one of Nissan’s longest-running models. It was however discontinued in 2001, although several variants were sold in China until 2007.

A colt is a young male horse. Just like its name, the Mitsubishi Colt is a small, practical, but maneuverable car that was sold by Mitsubishi since 1962. Later on however, larger vehicles like the L200 pickup truck and the second-generation Delica were also marketed under the Colt name. Currently, the Mitsubishi Colt Plus is the name for a five-door station sold in China. It is based on the smaller Colt models that came before it.

Originally, the Volkswagen Beetle was known as the Volkswagen Type 1. Because it looks like a beetle, many people began to call it the Käfer, the German word for the beetle. In other parts of the world, it was also given the affectionate nickname of “bug.” >>> Related: Brand consciousness: What different car brands are known for?

In automotive nomenclature, the term Spider or Spyder refers to two-seat, open-top sports cars. Note however that most cars that fall into this category are not classified as Spiders or Spyders. So why the arachnid moniker? Well, this dates back to small, lightweight horse-drawn carriages that look like spiders. These also had open tops and were the predecessors to open-top two-door sports cars. Named as the Kijang in its country of origin, the Toyota-made Asian Utility Vehicle bore the name of “Tamaraw” when it was sold here in the Philippines from 1977 to 2002. 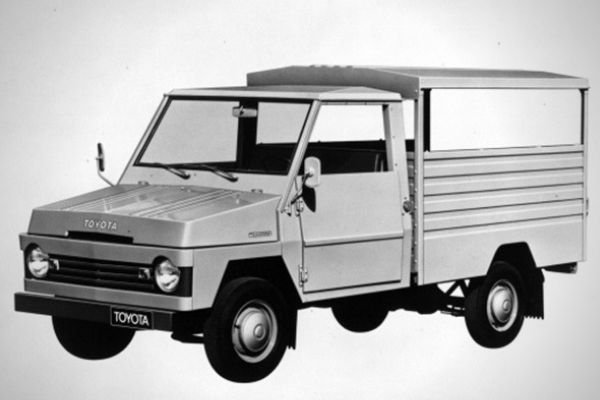 It's rough around the edges, but it certainly is tough

Just like the native species of dwarf buffalo it was named after, it was stout, tough, and reliable. Of note, the Tamaraw vehicle was a bit on the slow side. But you know what they say, slow and steady always wins the race.

The word Cayman is the alternate spelling of Caiman. If you don’t know what a Caiman is, it’s a species of crocodile that inhabits the rivers and lakes of Central and South America. It usually gets to its prey through lightning-fast ambush tactics.

Like the Caiman, the Porsche Cayman for sale is deceptively fast. We say that since many that are unfamiliar with this car will often overlook it in favor of its larger and faster 911 brother. It might be smaller than the 911, but don't underestimate the Porsche Cayman

While Geely didn’t exactly say that the Coolray was named after a marine animal, we would like to think so. That’s because rays are cool animals that are commonly seen gently gliding in many of the world’s oceans. Like the Geely Coolray however, a ray will also wield its sting when provoked. It can, after all, make an impressive 177 horsepower out of a turbocharged 1.5-liter inline-3 engine. Just like actual rays, the Coolray can be powerful whenever it wants to be

For more interesting car related articles like this, keep reading here on Philkotse.com.