10 reasons to buy Japanese cars instead of American

Understand why Japanese cars have become the top choice of auto buyers worldwide from a cheap alternatives.

Since the 1980s, Japanese automobiles have become an important part of everyday life, carrying people to work, school, down the street, on the muddy roads, on weekends or on weekdays.

After decades of booming development, car brands from Japan are providing vehicles with the "golden" standard of reliability, affordability, and durability. How did that happen? Let's check out 10 reasons to buy a Japanese car instead of an American one.

Since the 1960s, Japan has surpassed Germany to be in the top three of the countries with most car brands. From then, the Japanese automotive industry has rapidly developed and well-known worldwide with the Japan car brand list including Toyota, Honda, Mazda, Suzuki, Nissan, Mitsubishi, Subaru, etc.

Japanese car manufacturers have produced some exotic models in the past few years, but most of them focus more on operational performance.

Back in the 70s and 80s, the car brand from Japan pioneered the front-wheel-drive compact car, bringing more space, more fuel efficiency, higher reliability, and lower cost, in comparison with US cars. In the 1990s, automakers such as Subaru and Toyota even spawned the all-wheel-drive system and applied it from hatchback to minivan. Back in the 70s and 80s, the Japanese pioneered the front-wheel-drive compact car

The improvement continues with the interior. Take a look at how Honda designed the cabin space, how Nissan reconfigured the rear compartment with Titan, or how Toyota folded the seat for the Sienna line. These companies continuously keep pursuing the maximization of interior space and the optimum size of the engine.

Which is the first automaker to introduce hybrid engines into the US market in the late 1990s? The answer is Honda alongside Toyota. Today, most automakers have hybrid or EV engines, but in fact, most of them are still behind Japan.

Toyota Prius is a giant in the environmentally-friendly car segment, the Nissan Leaf is a well-known popular EV, and both Toyota and Honda are researching hydrogen engines. While American cars are famous for not consistency, Japanese cars always welcome change. Toyota Prius 2015: The symbol of the hybrid car

The word "interesting" is often overlooked when it comes to minivans or SUVs. However, the Japanese automakers are trying to change that and in the past few years, it seems that Japan cars are better off each generation.

Valves, such as the Toyota Sienna, Nissan Quest, and Honda Odyssey continue to show incredible innovation and flexibility.

Each company owns a sports car with a variety of technologies, attracting unprecedented attention. In the SUV segment, the Mazda CX-9, with its gorgeous looks, is equipped with gadgets that can even surpass more expensive cars. Large, efficient, cheap car models are a great reason why the car brand from Japan succeeded in the United States. 4. Japanese cars being made in the US

According to automobile news sources, the idea of a "Japanese-American" car may sound contradictory, but it does not at all. In order to penetrate American culture, Japanese automakers thought it was time to start producing cars in the United States with Honda “the pioneer” opening the first factory in the United States in 1982. 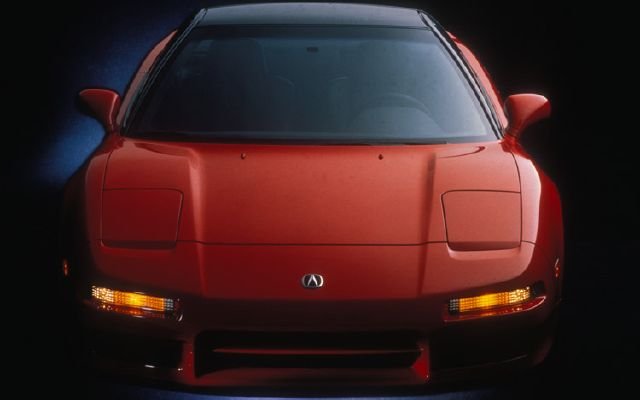 Today, with factory systems locating everywhere in the United States and billions of dollars having been invested, Japanese automakers have cut their shipping costs and won the customer's favor, the ones whose preferences are “USA - Made in America".

Every year, Cars.com looks at cars manufactured in the US and evaluate whether their parts are made in the United States. Of all the firms, Japanese companies took 5 first places in 2016, with the Toyota Camry, followed by the Honda Accord, Toyota Sienna, Honda Odyssey, and Honda Pilot.

>>> Find yourself an affordable Japanese car in our car for sale section.

For many pickup buyers, there is a law among them that says "Must buy American cars ". However, in the 1970s, Japanese companies launched some of the smaller-size pickups that forced many to change their minds.

Many Americans realize that they do not need full-time four-wheel-drive, large payloads, or too wide platforms. Pickups, such as the Datsun 162 and Toyota Truck, have shown that utility does not always come with size. Currently, the Toyota Tacoma TRD Pro has the best terrain-crossing ability on the market

Currently, the Toyota Tacoma TRD Pro has the best terrain-crossing ability on the market. Large cars like the Nissan Titan PRO-4X are equipped with a diesel turbocharged engine and a full-featured cockpit.

Honda continues to approach the technology of pickup trucks with the redesign of the Ridgeline suspension, intelligent capacity-building ideas, and rickshaw vehicles for virtually any type of environment.

In the 1970s, Paul Newman's commitment to Nissan played a big part in legitimizing Japanese cars in the United States. Witnessing an Oscar-nominated actor moving to the racing car was a surprise. Even more surprising, the fact is that he ignored American and European sports cars to choose the lesser-known Datsun line. Years later, models from the early decades of Japanese automobiles in the United States (such as the 510 logos) have quickly become the favorite cars. Examples include the Toyota FJ Land Cruiser, the Honda CRX, and the extremely rare Toyota 2000GT - the first Japanese model to exceed $1 million in sales.

Before being widely recognized, Japanese cars are considered as cheap one-time use. Of course, the Japanese manufacturers also have a few iconic products such as Toyota 2000GT, Honda S600 small and duo Datsun and Mazda.

In 1989, Honda / Acura released a "sensational model" - NSX. As Ferrari's rivals, the Acura NSX is fast, beautiful, relatively affordable, and as reliable as the Accord, according to experienced car dealers. Italian supercar makers have been invited to improve vehicle reliability and quality, and since then the car world has gained a lot of benefits.

Recently, Americans have a fever with all the STI, Evo, Si, GT-R, 86 / BRZ, Miata and more. With vehicles like the all-new NSX and both the Civic Type-R and Supra revived, the Japanese car has never seemed better. With vehicles like the all-new NSX and both the Civic Type-R and Supra revived, Japanese cars have never seemed better

Over the decades, American attention to the revival and collection of classic Japanese cars has exploded. Some are wealthy speculators, looking for collectibles. In spite of this, the majority of Japanese car fans are young and look for another reason: to experience them.

Many iconic vehicles that have never been sold in the United States are now more than 25 years old and can be imported without any fear of governmental exposure. There may be obstacles to overcome if you want to own a Japanese domestic car, but that cannot stop fans from transporting all the classic cars to America from the other side of the Pacific. Over the decades, American attention to the revival and collection of classic Japanese cars has exploded

>>> Also check out: [Philkotse guide] All about Korean car brands in the Philippines

Look at the list of the best engines in 2016. The WardsAuto.com page listed the Honda Accord Hybrid, the Mazda CX-9, and the Infiniti's Q50 dual-turbo V6. All three have an ideal balance between horsepower, torque, corresponding specifications, silencers, fuel consumption, and new technology. Of course, there are also great new candidates.

This year, we have seen Civic Si Booster and Type-R engines. Mazda also has a supercharged diesel engine for the recently refurbished CX-5. And Nissan is confident that its customized compression engine will replace the V6 in the future. The WardsAuto.com listed the Honda Accord Hybrid, the Mazda CX-9, and the Infiniti's Q50 dual-turbo V6 as the best engines in 2016

10. Car brand from Japan: The promise of upcoming models

If the political turmoil clears aside, the future for most Japanese automakers seems very bright. Revenue growth, new car models, and upgraded classic models continue to be favored. Moreover, technological advances and strengths have made people more excited.

Concern for performance comes with the return of the Toyota Supra. Honda's redesigned Odyssey is remarkable. The upcoming Nissan also has twin-turbocharged engines and multiple engine choices.

Meanwhile, the Mazda continues to gain sympathy thanks to the quality and design. Although Mitsubishi is part of the Renault-Nissan Alliance, the Rogue remains one of the best-selling cars in the United States. Video: How Japanese Cars Changed the World: An Insider’s Look

>>> Check out more car tips and advice on Philkotse.com