American Car Brands: All about the history, development & iconic models

American car brands have many iconic models with a deep history behind them. However, with the rise of imported cars, they are not as popular as before.

Americans sure love their cars. When you think of American cars, the first things that come to mind are powerful hulking V8s, drag strips, NASCAR, the Indianapolis 500 and muscle cars. Ever since the first Model T rolled off Henry Ford’s assembly line in 1908, Americans have been obsessed with speed and the call of the open road.

This very fact led President Dwight D. Eisenhower to sign the National Interstate and Defense Highway Act, effectively creating the National Highway System that allowed Americans from all walks of life to take their cars and enjoy the open road across the great United States. From their early beginnings, the Golden Age during the 60s and 70s, to the decline on account of the Arab oil embargo and their eventual rise and restructuring, American cars have experienced a roller coaster ride of ups and downs. Yet they remain standing, poised to stage a renaissance of sorts in the global stage.

So exactly what do we know about the American car brands in general? Why do we have hero cars in movies, and why are these iconic car models American in nature? Let’s do a quick dive into the annals of history and talk about American cars: their past, the impact they've made on us, and their significant contribution to car culture in general.

1. American cars: History of the Tin Lizzie – The People’s Car

A big historical misconception is that Henry Ford invented the first car with the Model T; he might as well have, because even though cars were first introduced in the late 1800s, they were prohibitively expensive and slow, inefficient and, to be quite frank, don’t exactly match up to the horse-drawn carriage that was the popular form of transport at the time.

Because of the impracticality of early cars, they were largely considered a niche product only available to the very wealthy and futurists of the era. That is until Henry Ford arrived at the scene. The Model T made the car available to the masses

He figured that the manufacturing process used in textile production and other industries can make the car more accessible to the masses. By cutting down production costs and streamlining the process, he envisioned cars as the transportation tool of the future.

The first Model T rolled off the assembly line in September 1908, from Ford's Piquette Avenue Plant in Detroit, Michigan. It sold for USD 825, which amounts to roughly USD 23,000 in today’s money, making it accessible to more people.

Some 10,666 Model T units were sold in the first year, reaching more than 15 million units by the end of its product cycle, making it one of the most successful car models ever. The world was never the same and the Americans were leading the charge.

The production of the Model T was a harbinger of things to come for the American auto industry. Cars became increasingly more powerful and their designs streamlined to cater to the growing demand for cars in the domestic market.

Brands such as General Motors, Chevrolet, Chrysler, Dodge, the American Motor Company and many others sprouted out of the woodwork to challenge Ford's motoring might, creating future classic cars of the pre-war era. NASCAR was the most significant outcome of the Prohibition era, a time in American history when alcohol was completely banned for consumption. Enterprising outlaws would soup up their jalopies, blazing the interstates and side roads as they outran the police to deliver their contraband.

When Prohibition ended, these racers decided to go legitimate and established the National Association for Stock Car Racing or NASCAR, becoming an avenue for American car brands to strut their stuff and promote themselves.

As the saying in NASCAR goes: “Win on Sunday, Sell on Monday”; that is, a carmaker can enjoy an uptick in sales as a result of one of their cars winning a race.

This rang true for such classics as the Chevrolet Monte Carlo, Ford Thunderbird, Plymouth Belvedere, Dodge Charger, and the Chevrolet Chevelle, among others. The prohibition saw the birth of tuner car culture

As earlier stated the National Interstate and Defense Highway Act of 1956 was enacted by President Dwight D. Eisenhower as a response to the growing popularity of the automobile in the United States. This enables and empowers the Federal Government to build highways across the United States for people to drive their cars unimpeded to wherever they need or want to go.

To this day, The United States has one of the most successful and streamlined road systems for every red-blooded American to enjoy from The Bay Area to the East Coast. With the popularity of NASCAR and other racing series, came what was known as the “Pony Wars”. Another misconception is that Ford was the one who fired the first shot with the release of the Mustang in 1964, but it was Plymouth with its Barracuda that beat them to the Punch. The Ford Mustang ushered in a new era of Muscle Cars

Ford Mustang created the template of what a pony or muscle car should be: a “sporty” compact car that can carry four people, with a long hood and short deck with open mouth styling, a wide array of customization options, mass-produced, not to mention affordable as it will be aimed at the youth and startup families.

These cars were fitted with relatively economical V6 or small-block V8 engines, which create a lot of torque to amplify the sensation of speed. While Ford eventually dominated the Pony Wars in terms of car sales, it was an era that gave us history’s greatest American cars such as the Pontiac Firebird, AMC Javelin, Dodge Charger and Dodge Challenger, and the Mustang’s bitter rival, the Chevrolet Camaro.

Released in late 1966 for the 1967 model year, the Chevrolet Camaro only had one thing on its sights: the Mustang. Pete Estes, general manager for Chevrolet at the time, defined the Camaro as a small animal that preys on Mustangs.

This was just a PR spin of course, but the hype created around the Camaro was so great, it stood toe-to-toe with the Mustang in the hearts and minds of the public.

4. Car brands from the USA: The Arab Oil Embargo and the Great Decline

The 1973 oil crisis was brought about by the Arab Oil embargo. It was imposed by oil-producing Arab countries as a protest against Western support of the Israel war, also known as the Yom Kippur War.

As a result of the embargo, the price of oil skyrocketed and left many fuel pumps in the US empty. Fuel rationing was in effect, and the sight of miles and miles of cars just to fill up at gas stations was commonplace. Fuel pumps ran dry as a result of the embargo

The event hit American car companies hard; after all, gasoline had always been dirt cheap, to the point where fuel economy was never really major consideration before. Many car companies attempted and ultimately failed, to adapt to the new reality of expensive oil. Lines of cars stretching for miles are commonplace

American automakers scrambled to come up with fuel-efficient and economical cars, releasing models such as the Ford Pinto, Chevrolet Chevette, and AMC Gremlin. Unfortunately, the term “lemon car” originated with these cars because of their general unreliability, which forced the US government to enact a law protecting consumers from substandard and faulty products.

The Truth About American Car Brands, What Went Wrong

Even classic muscle cars felt the changes during this era. The Mustang and Corvette were both introduced with downgraded four-cylinder engines, even switching had the plan to switch from rear-wheel to front-wheel drive.

Many other cars just plain died off, edged out by the arrival of Japanese brands such as Toyota and Honda that offered great, reliable and affordable cars.

This Arab oil embargo ushered in an era where American car companies lost their foothold on the US market, as import cars rose in popularity. Cadillac, Jeep, Dodge, and Chevrolet got involved in mergers and acquisitions, with AMC folding up altogether. The shifts resulted in a US market now dominated by the Big Three automakers. You have the Ford Motor Company which holds ownership over Ford and Lincoln. The company today largely makes SUVs and trucks, but still retains the iconic Mustang. They have been in the business ever since the inception of the Model T, and are one of the largest corporations in the United States. 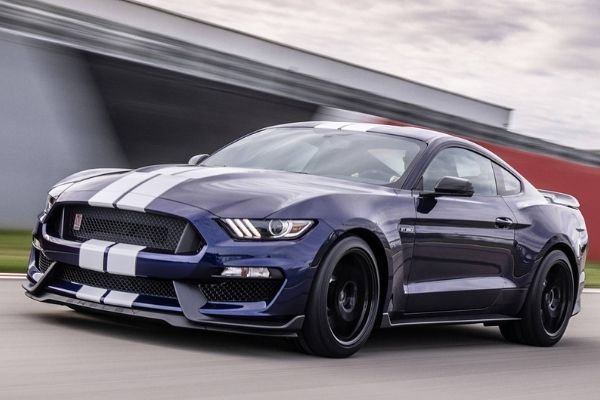 General Motors currently counts Chevrolet, Cadillac Buick, and GMC as part of its roster. It previously other brands such as Saturn, Plymouth, Hummer and Pontiac under its wing, but financial restructuring and economic setbacks have now made these iconic car brands defunct. 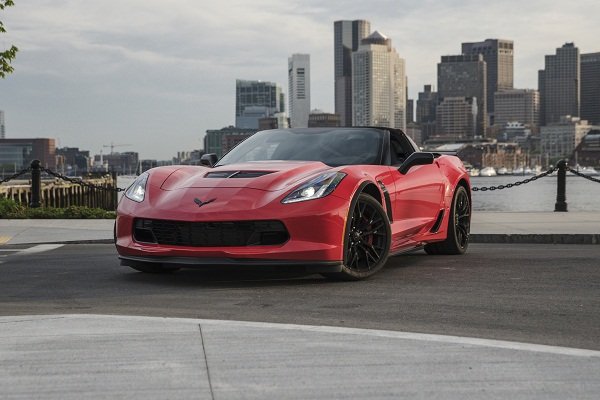 While General Motors can brag about the companies it has taken under its wing, Fiat Chrysler Automobiles can give it a run for its money. Chrysler, Dodge, Jeep, and RAM, with Chrysler, are the US car brands now controlled by Fiat. They're no longer a pure American-owned brand in the wake of its merger with Italian carmaker Fiat.

>>> Related post: The proposed Fiat Chrysler - Renault merger: What we know so far 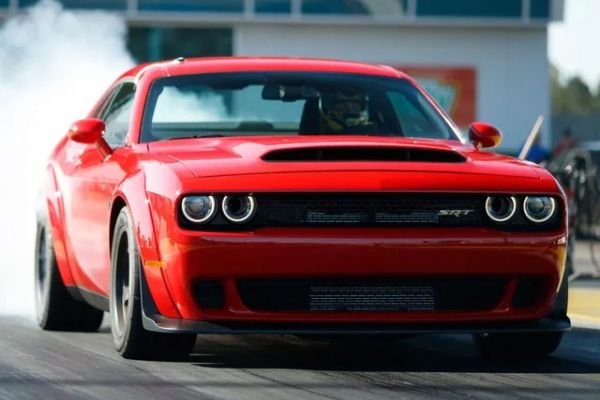 Is an American car brand like a Ford or Chevrolet in your list of cars to buy? Head on over to cars for sale listing section to find the best deals on both new and pre-owned cars.

6. American car brands: The Road Ahead

The era of American muscle cars may be over, but American car companies are now experiencing a renaissance of sorts. The Big Three, with their features and quirks, are still top of mind, but independent brands such as Karma Automotive, Rossion, Panoz, Anteros, Hennessey, and most especially Tesla, have been making strides in the automotive market as well. Other American carmakers, such as Karma Automotive, are beginning to blaze their own trails

Tesla deserves special mention as it has been making its mark in the US car market, promoting its fully electric cars and spearheading the push towards autonomous or driver-less motoring. The company's success has led to many other companies using them as a benchmark for their own electric vehicles. Tesla is one of the hottest car companies, thanks to the epic marketing of their electric cars

Many people say that American car companies are on life support, with the proliferation of cheaper and more reliable import brands from Japan, South Korea, and even China, but don’t count the Yanks out just yet.

Current offerings such as the Dodge Demon, the all-new rear-engined Corvette, the Ford Mustang and an army of trucks and SUVs, along with the Uber-popular Tesla (pun intended) holding the fort well enough for them to make an eventual return to glory. American cars are up for a major comeback

Do you think American car companies still have what it takes to stage a comeback? Drop us a comment down below and tell us what you think about American cars, and we hope to hear from you!