Japanese, Korean, European or American cars: Which to buy?

Are you in favor of which automotive industry?

In the competitive auto world, each brand has its own strategy as well as special features. Everyone has their own perceptions about which country produces the best vehicles. As a matter of fact, the most favorite models are from Japan, Korea, Europe and America. Now the question is: car from which brand is better these days? Let’s find out you own answer. 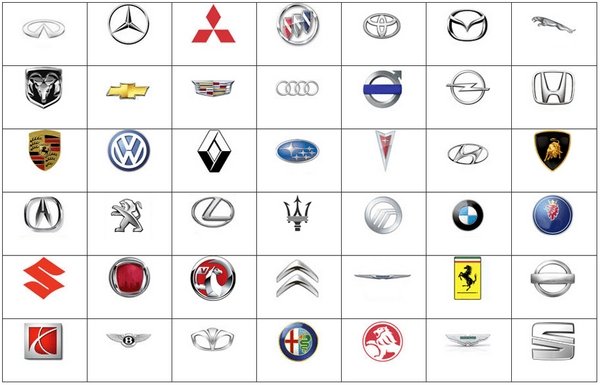 Japanese, Korean, European or American cars: Which to buy?

Japanese cars are mostly popular among middle-aged customers. At this age, they think "comfort is better than pride." Yes, they prefer stability and Japanese automobiles can meet their need. To cite an example, if you buy a brand new Japanese vehicle, you can run it within 10 years without spending much on repair costs. All you need to do is just to follow a regular car maintenance schedule. Replacing parts is likewise very simple for Japanese cars.

Toyota, Honda and Nissan are the most well-known Japanese car marques in the world today.

>>> Read also: 5 most favorite Toyota cars in the Philippines

If you’re a young Pinoy driver who enjoys the dynamism and exciting adventures or you’re merely a car enthusiast who loves the youthfulness, the eye-catching design of Korean cars will definitely be right up your street. Particularly, the interior of a Korean car is unquestionably superior to that of a Japanese model at the same price bucket.

One more plus point of Korean automobiles is a plethora of options. For example, the Hyundai Accent – a Korean player in the B segment comes fitted with a bevy of goodies including automatic headlights with LED daytime running lights, a sound system with 6 speakers, an up-to-the-minute infotainment system and even a sunroof. Putting the durability aside, Korean car’s buyers will be attracted to its design and gadgets at first sight.

In fact, the solidity of Korean automobiles has nowadays been far enhanced, but when compared to those from the Land of the Rising Sun, they just stand in a subsidiary position.

Hyundai, Kia and Ssangyong are the three best Korean brands in the auto realm.

>>> Must read: [Philkotse guide] All about Korean car brands in the Philippines

If you are willing to pay for a vehicle from a European or American brand, it goes without saying that you want to enjoy real utilities and money is just a bed of roses.

Not to mention charming appearance, European/American cars are loaded with a heightened level of features inside as well as a smooth ride that Japanese or Koreans vehicles could not catch up with.

These cars, however are not durable, guzzle too much fuel and notably, their maintenance costs are stiff. Another minus point of European/American workhorses is that they have a lower resale value comparable to Japanese/Korean rivals.

In Europe, BMW, Audi, Volkswagen, Mercedes-Benz are among big names while in American, Chevrolet, Ford get most fame.

So, which is better after all? Japanese, Korean or European/American vehicles? While Japanese cars appear to have more trust, Korean vehicles are functional and good-looking, and European/American models have something to offer as well, we know it’s hard to give yourself the answer immediately. But anyway, only you can decide which car brand suits you best.

If you want to get more useful tips and advice on car buying and selling, car maintenance as well as safe driving on Philkotse, click here.