What's the top speed of the Ford Ranger Raptor?

How will the Raptor do performance-wise?

You probably have heard by now that Ford pulled out its sedan production and shifted its focus primarily on manufacturing crossovers, pickup trucks, and SUVs.

With that being said, we can expect the American car brand to greatly enhance its big vehicles to fill in the massive hole from its ambitious decision. Just take a look at the Ford Ranger Raptor. It is the dream car for many Filipinos due to its sporty design and undeniable presence on the road. Plus, it offers outstanding off-road capabilities that have to be its strongest selling point.

Let’s start off with the engine. The Ford Ranger Raptor is powered by a 2.0-liter bi-turbo diesel engine. Yes, a diesel engine – which means that the Raptor would have a slightly hard time pulling itself up to high speeds. This makes the Ford Ranger Raptor the most powerful pickup truck available in the Philippines. The closest to its power output is the Chevrolet Colorado with almost similar figures.

The Ranger Raptor’s engine is mated to a 10-speed automatic transmission. There are also large paddle shifters if you are planning to do shifting by yourself.

And since it has longer legs with 10 gears at disposal, the Ranger Raptor is relatively thrifty, clocking in 7.4 km/L in the city and 14.6 km/L on highways. Good numbers for a vehicle of this size. 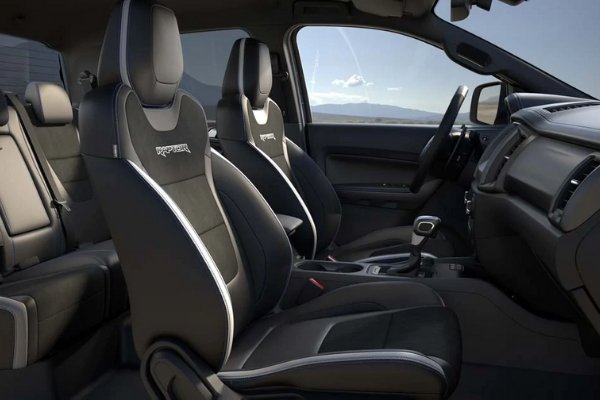 It comes with bucket seats for a sporty feel

To complement those performance numbers, the Ford Ranger Raptor comes with six driving modes that were made to optimize your drive on a specific road condition. Considering all the features mentioned above, we can conclude that the power-to-weight ratio is not as good as it seems. A lot of the features were more suitable off-roads than it is on highways. Either way, it is still a superior pickup truck that is dominating its segment in the Philippines.

The Ford Ranger Raptor can run from 0 to 100 in 10.5 seconds – which is sort of expected with its diesel engine. 0 to 160 in 32.3 seconds. After the 130 km/h mark, the Ranger Raptor will have a hard time pulling its speed up especially with the weight and drag it is carrying. 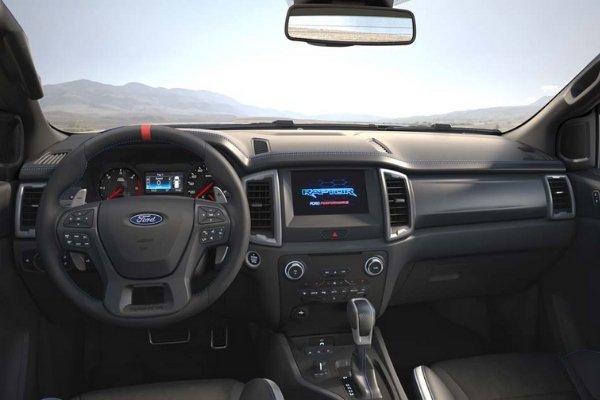 The Raptor is equipped with dual color 4.2-inch cluster screens and an 8-inch color touch screen

Sport mode and a four-wheel drive are advised if you are planning to do high-speed runs. The Ford Ranger Raptor's top speed is at a factory limited 175 km/h.

Some reports claim that speeds higher than 180 km/h can cause severe damage to its large all-terrain tires so you might want to take your foot off the pedal a little bit. If you are driving a pickup truck, top speeds don’t really matter.

At least, the Ranger Raptor is considered one of the best off-roader choices in the country so that is still a win.