2021 Ford Ranger Raptor: Expectations and what we know so far

Will the PH-spec Ranger Raptor get a 3.0-liter turbo-diesel engine?

There are reports online about the things that could come with the 2021 Ford Ranger Raptor. Australian automotive websites are looking forward and optimistic that Ford will be launching a new Ranger Raptor.

*Disclaimer: This video is the current Ford Ranger Raptor available in the market. Check out for your reference!

Despite the high hopes for the pickup truck, it is highly expected that the upcoming Ford Ranger Raptor will largely be a carryover. This means that the Ranger Raptor is expected to be running with the same ruggedness the current model already has. 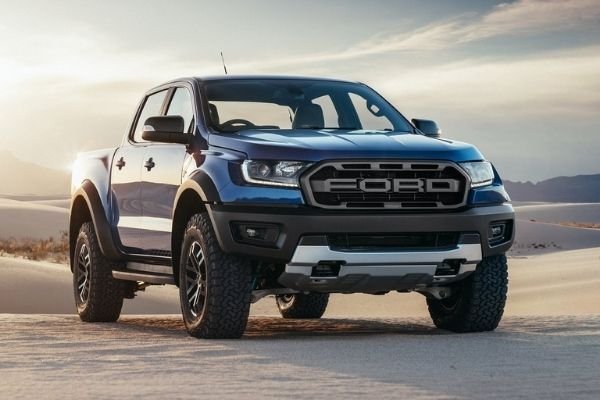 The 2021 version could have a carryover exterior and interior design, and changes wouldn’t be that drastic. This is in accordance with the early reports we got from multiple Australian automotive sites.

The reports added that due to the COVID-19 pandemic, the details about the 2021 Ranger Raptor were postponed until further notice. Nonetheless, the potential updates in the more aggressive and sturdier Ford Ranger Raptor are something to look out for in the following days.

As of this writing, Ford Philippines has yet to announce any word regarding the plans for the PH-spec Raptor Ranger. But this is understandable as the American carmaker is probably eyeing the debut of the facelifted Ford Ranger in the local market around the first or second quarter of 2021.

As said earlier, the upcoming Ford Ranger Raptor could largely be a carryover in terms of design. The Ranger Raptor flaunts a commanding presence on the road

The same idea goes for the interior. The interior of the upcoming Ranger Raptor could be similar to the current model available.

The Ford Ranger Raptor could feature the same high-quality materials such as plush leather, Raptor contrast stitching, soft-touch, and a few hard plastics. The interior view of the Ford Ranger Raptor

As for the on-board tech, the Ford Ranger Raptor is expected to still use the 8-inch touchscreen infotainment screen that supports both Android Auto and Apple CarPlay. This system is also integrated with the brand’s renowned SNYC 3 Voice Connectivity System.

Pickup trucks in the country are mostly sold with a diesel engine just like the Ford Ranger, Toyota Hilux, and Isuzu D-Max. A 5.0-liter gasoline engine would sound ambitious for the sturdy Ranger Raptor but is not practical in the local market.

Meanwhile, both the Australian market and the Asian market are reportedly getting a 3.0-liter V6 turbo-diesel engine. The engine is capable of generating 255 hp and 600 Nm of torque and is mated to a 10-speed automatic transmission. As for the current model, the PH-spec Ford Ranger Raptor is offered with one engine option only, namely the 2.0 Biturbo diesel engine paired to a 10-speed automatic transmission. The engine can produce 210 hp and a whopping 500 Nm of torque.

Ford recently released a facelifted Ford Ranger in Thailand, and it looks like it is heading in the right direction. This could somehow indicate that the American marque is on a mission to update its vehicles just like what Toyota recently did in its lineup. Unfortunately, as much as we want to see a new and bolder Ford Ranger Raptor, the chances of seeing it in 2021 could be little.

The local market comes with a more competitive pickup segment due to the introduction of a facelifted Nissan Navara and Toyota Hilux. Both the Nissan Navara and Hilux have been updated to offer customers a pickup truck that not only offers a powerful engine, but also a stylish finish from inside and out. Isuzu is also stepping up its game as the Japanese carmaker confirmed that it will be releasing the next-gen Isuzu D-Max in the Philippines next year, while new versions of the Mazda BT-50 are expected to go head-to-head with the sophisticated-looking Ford Ranger Raptor.

This means that Ford Philippines should step up its game to stay afloat in the midsize pickup truck competition. Launching the facelifted Ranger is a great start for Ford Philippines. Then, the Ranger Raptor could follow afterwards.