2021 Ford Ranger: Expectations and what we know so far

The Ford Ranger gets a facelift yet again.

When our neighboring countries such as Thailand release a facelifted model, it is normally expected that it will arrive in the country sooner or later. Fortunately for Ranger fans, Ford Thailand has unveiled the facelifted model of the said midsize pickup truck.

To date, the new Ranger is already the 3rd facelift model of the fourth-generation Ford pickup truck. In fact, the current Ranger that Ford Philippines is selling now first made its official debut nine years ago. But, it seems that Ford has no plans as of yet to release an all-new Ranger.

As such, the facelifted Ford Ranger comes with subtle design changes. However, it comes with a new variant called the XL Street in Thailand. Regardless of the minor changes, it is still expected to be one of the best-sellers in its segment.

While waiting for its official local launch, let’s take a look at what we can expect from the new facelifted Ford Ranger and see what exactly can offer in the local market.

The most recognizable change in the 2021 Ford Ranger, especially in the Wildtrak variant, is the new trapezoidal grille. However, we are already familiar with this grille as we have seen it in the local Ford Ranger FX4 variant. The new blacked-out trapezoidal grille brings ruggedness, enhancing its pickup truck appeal.

The door handles, roof rails, and side mirrors are also blacked-out that complements well with the new trapezoidal grille. The Ford Ranger is also equipped with new blacked-out alloy wheels. Overall, all the black trims on the Ford Ranger adds sportiness to its visuals.

Ford Thailand brought the heat with the new XL Street variant. The best part about this new variant is that it comes with 2-doors only and the rear passenger gets smaller space. That may not sound the best change for most, but it could be for those who need a more stylish pickup truck. The Ford Ranger XL Street variant comes with different color options such as lightning blue, aluminum metallic, arctic white, and absolute black. Despite having better exterior styling, the Ford Ranger will still have a hard time competing in the local pickup segment especially now that Nissan leveled up its game with the facelifted Navara pickup truck. Moreover, Isuzu has also launched a new version of the D-Max while Toyota has the refreshed Hilux.

Considering the Ford Ranger just underwent a facelift, not much has changed. It still comes with the same seat and dashboard layout. The top-of-the-line Ford Ranger Wildtrak variant is still offered with contrast stitching for an added premium feel inside. Despite not having changes inside, the Ford Ranger is still expected to be a tough competitor in its segment. The exterior changes alone like the added black trims and new grille can deliver a new and better impression to Filipino car buyers.

The Thai-spec Ford Ranger is still running with the same on-board tech. It is equipped with an 8-inch color touch screen that supports both Apple CarPlay and Android Auto. As for safety, the Ford Ranger still comes with standard safety features such as anti-lock braking assist (ABS) with electronic brakeforce distribution (EBD), traction control, while the top-spec Wildtrak gets adaptive cruise control, active park assist, lane-keeping system, and more. 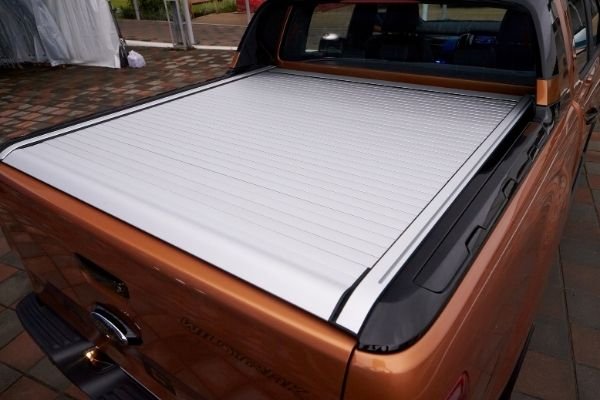 In consideration of the third facelift, it seems like we will not be getting major changes on the interior and on-board tech until Ford releases a fifth-generation model of the Ranger. We can all agree that the Ford Ranger does not come with outdated features and styling so carrying them over is not a bad idea at all.

The same goes for the engine. The Ford Ranger is still powered by the same engine options. It is available with a 2.0-liter turbodiesel that makes 178 hp and 420 Nm. On the other hand, Ford’s midsize pickup can also be powered by a 2.2-liter turbodiesel engine which is said to be utilized by the new XL Street variant. This engine makes 158 hp and 385 Nm of torque. Lastly, the 2021 Ranger can have a 2.0-liter bi-turbo diesel that makes 210 hp and a whopping 500 Nm of torque. 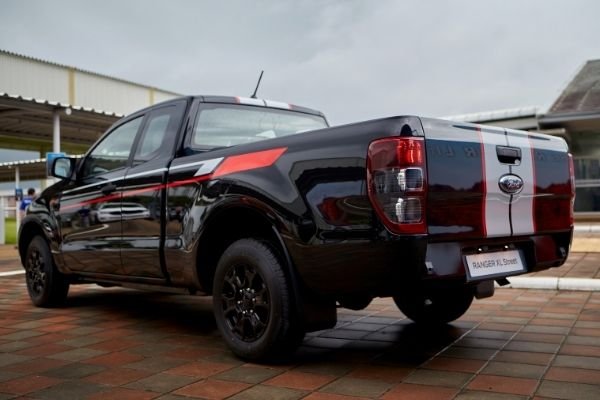 The Ranger pickup truck is known to be offered with numerous variants to address the different needs of customers. If all variants in the Thai-spec Ranger will be launched in the country, we can expect the pickup truck to expand its sales network as the variants show relatively huge differences from each other. The current Ford Ranger Wildtrak offered in the local market

As of this writing, Ford Philippines hasn’t released any statement regarding the launching of the new Ford Ranger. However, if all goes well, Ford Philippines could launch the Ranger before the year ends. If not, we could expect that it will make its local debut sometime in the first or second quarter of 2021. One thing is for sure, the facelifted Ford Ranger will soon be launched in the country. Why so? Well, Ford Philippines needs to do it soon since its competitors such as Toyota has already debuted the new Hilux. Moreover, Isuzu Philippines has confirmed that the new D-Max will arrive next year. 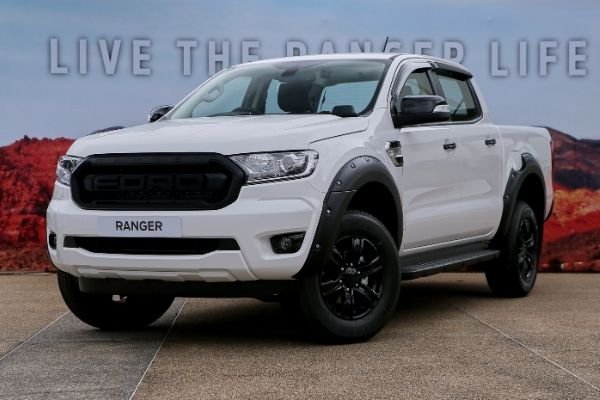 A more aggressive and off-road-ready looking Ranger, the XLT variant

With that being said, an increase in the price range is highly expected. However, this is not a new notion in the auto scene as most new generations or facelifted models do come with a higher price as compared to their predecessors.

The Ford Ranger received numerous facets and practicality and is one of the long-running in the segment of pickup trucks. Still, it has changed a lot in recent years, and today, it is equipped with proper SUV features, truck muscularity, spacious cabin, car drivability, and the like. The sport-themed oriented urban truck was intended for the buyer's active lifestyle. Hence, the Ford Ranger is also utilized as a lifestyle 'weekend' SUV aside from being just a pickup car. The robust and multi-talented platform is common for both Ford Ranger and Everest, the latter is considered one of the leading SUVs in its respective segment. The Ford Ranger is equipped with 2.5-litre and 3.0-litre Dura TORQ TCDi diesel engines that supply high values of power and torque as well as better mileage. The Ford Ranger features enough room and additional space at the back for either business or personal purposes. The double cabin pickup truck comes with on-road agility, together with its competent handling and reasonable off-roading capability with a 4x4 mechanism. Moreover, the Ford Ranger features top-class safety features and competes with the types of Isuzu D-Max, Toyota Hilux, Chevrolet Colorado and, Mitsubishi Strada. Furthermore, it is showcased in a total of seven exterior paint options.