2021 Honda Civic: Expectations and what we know so far

Details are slim, but here’s what we know of the next Honda Civic

Introduced back in 2016, the current tenth-generation Honda Civic has been in the market for a good five years now. That said, the 2019 model of the US version has received a facelift. After that, it was also revealed that the 11th-generation 2021 Civic was supposedly going to make its appearance at the Detroit Auto Show. The said event however was canceled due to COVID-19.

2020 Honda Civic 1.8 Review Philippines: Is it a perfect compact car?

*Disclaimer: This video is the current Honda Civic available in the market. Check out for your reference!

But how about the Philippine-spec 2021 Honda Civic? Well, newer generation versions of models will typically take its sweet time getting to the Philippine market.

So the PH-spec Civic for the 2021 model year will most likely be la carry-over from the version currently available right now. It might have a few new exterior changes like a new set of wheels, new color choices, etc. Apart from that? It’s going to the same Civic version. 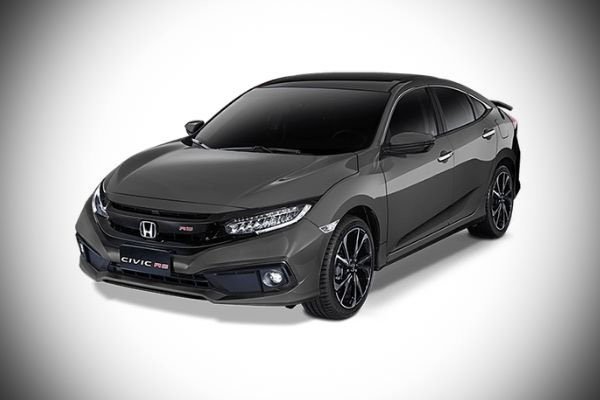 What about that 11th-gen 2021 Honda Civic we’ve mentioned earlier? What can we expect from that?

Thanks to the CivicXI.com forum, we get to see what this new Civic will look like. Note however that these are just patent images, so the production version might not look exactly like these pictures. 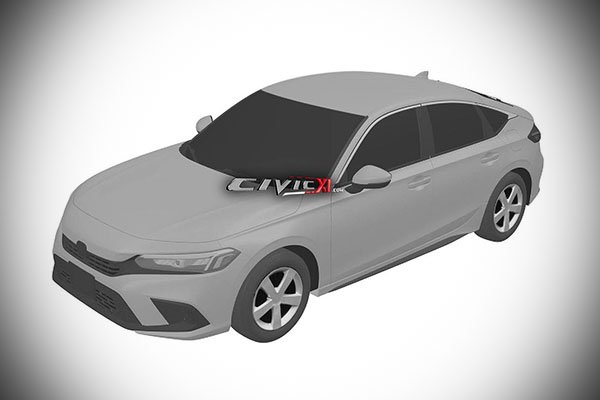 Note the lack of sharp angles and lines [Photo: CivicXI.com]

From the get go, we can see a few design tweaks. The body lines are less angular and less sharp, and the creases found on the corners of the car are more rounded. Up front, the headlights are noticeably wider. The same goes for the new tail lamps.

As for the overall roofline, the shape of the windows, and the pillars, they look unchanged. The hatch-style design sloping towards the rear also makes a return.

For now, there isn’t much information about the interior of the upcoming Honda Civic. If we consider recent trends however, then we’re predicting that the 11th-gen Civic might be given a plusher, more luxurious interior. However, upon considering that the overall shape of the car didn’t change, we’re also guessing that the amount of interior space will have the same volume. 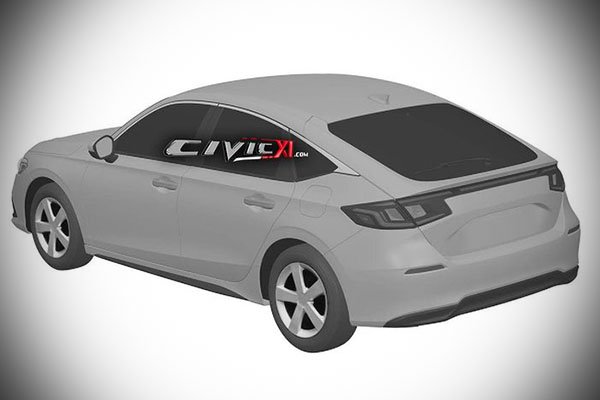 The rear of the 2021 Honda Civic patent image

As for on-board tech, we’re expecting the new Civic to come with a better touchscreen than the seven-inch unit currently available on the Honda Civic RS Turbo. Maybe scale its size up a bit? Apart from that, we’re also hoping that the useful amenities equipped on the top variant make its way to the mid-range variant. These include the rain-sensing wipers, as well as the automatic headlamps.

Maybe Honda can even give the upcoming Civic a power liftgate for even more usability.

>>> Related: Modified Honda Civic: Tips & tricks to get the chicks

For now, Honda is being tight lipped with regards to the mechanical bits of this new Civic. Currently, however, the Honda Civic that we have locally has two engine options. There’s the naturally aspirated 1.8-liter and the turbocharged 1.5-liter. Both are linked to a continuously variable transmission, which puts it very far from the once sporty identity the previous Civic versions were known for. 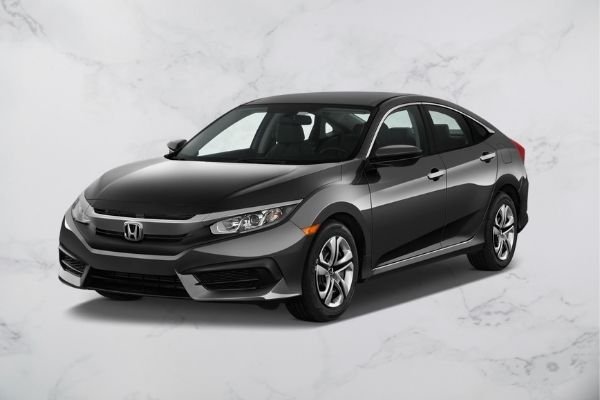 Guess what though, the current U.S. market version has several manual transmissions. That said, we’re sure that many Filipinos are also clamoring for a manual version of the Civic. So maybe Honda can come up with something that can sit in-between the Civic RS and the Honda Civic Type R in terms of pricing and specs?

Perhaps give this theoretical version of the 2021 Civic a naturally aspirated version of the Civic Type R’s K20C1 inline-4 engine just like the American market?

Last year in 2019, Honda gave the Civic a facelift. Along with this, the Japanese car brand also gave the US market version of this Civic the Honda Sensing safety suit. For the benefit of those who don’t know what that is, it’s a collection of very useful driver assist features. This includes lane departure warning, adaptive cruise control, traffic sign recognition, and many other features.

That said, we would want to see the Honda Sensing safety suit on the future Philippine-spec version of the 2021 Honda Civic.

Unlike the bygone years of the 1990’s, the current development of the Honda Civic is tied to the American market. Over there, the Yanks are indeed still buying significant quantities of the Sedan versions of the Civic. On the other hand, the Civic Coupe is slowly losing traction. This was revealed by Honda USA itself, when it confirmed that it was indeed launching the new version in 2022. This coincides with the closure of the Civic hatchback’s UK plant in Swindon. That said, it is highly unlikely that the Philippine market will ever get to see the likes of the Civic Si, or any kind of Civic coupe for that matter. In short, all of the Philippine-spec 2021 Civic variants will come in a sedan form just like the current one.

If you want to learn more about the upcoming 2021 Honda Civic, then keep reading here on Philkotse.com. As soon as Honda releases anything about this car, we’ll be here to talk about it.