2021 Toyota Rush: Expectations and what we know so far

The Rush could come with more aggressive exterior styling.

*Disclaimer: This video is the current Toyota Rush available in the market. Check out for your reference!

The common denominator among the updated Toyota models is that their exterior features are purposely redesigned to provide a sporty feel to them. Even the Toyota Vios subcompact sedan is fitted with a sportier front fascia that sets it apart from the outgoing model.

Toyota is currently the leading car brand in the country thanks to its best-sellers such as the Vios, Fortuner, Hilux, and Innova. Although it is at the top of the competition, Toyota never stopped to find ways to further expand its presence in the country whether in its lineup, after-sales services, and more.

One can expect that Toyota Motor Philippines (TMP) will continuously introduce facelifts and new generations for the rest of its local lineup. We have already covered the expectations for the upcoming Toyota Innova. With that said, the Japanese carmaker is expected to introduce a facelift for its 7th best-selling vehicle, the Toyota Rush, and here are our expectations.

Despite its affordable pricing, the Toyota Rush is known to come with a ladder-type chassis frame, which technically makes it an SUV. In consideration of the current design of the Rush, you would not instantly think it is an SUV, but rather an MPV. 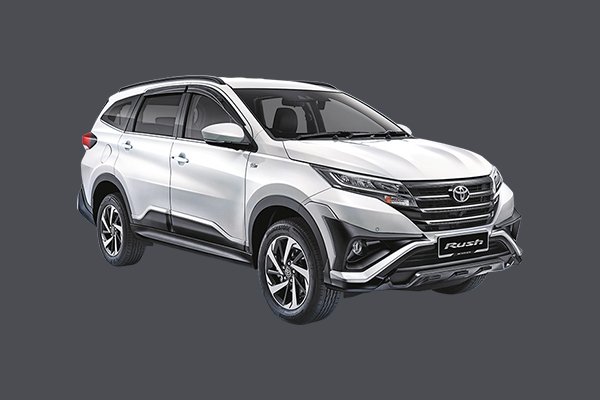 The expected final look for the 2021 PH-spec Toyota Rush

To make it look more like a rugged SUV, Toyota is expected to slightly revamp the Rush. Adding larger fender flare claddings would be a good start for the intention. More black trims on the front fascia are also a good design update to incorporate to make the Rush look more rugged and sturdy.

The overall dimension of the Toyota Rush would probably be not touched as it is already decent on its own. The rated ground clearance at 220mm is also expected to be carried over for the 2021 model. TMP could be adding a new alloy wheel design for the G variant that looks better for off-roading.

Inside, however, we expect that the Toyota Rush will still have the same interior layout as the current model. It is currently packed with hard plastics which is acceptable due to its price point. 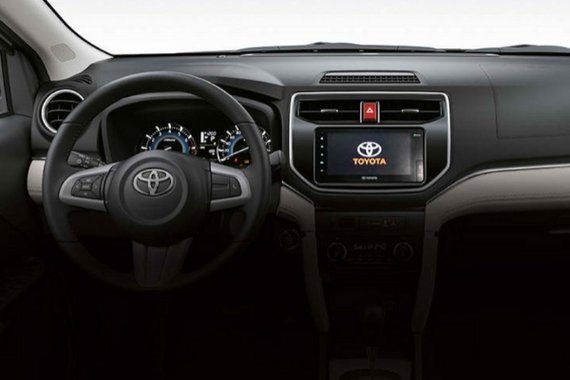 The current interior which is expected to be carried over

If there is a change inside, it would probably be additional color trims on the doors and dashboard. The current model comes with white trims that add a bit of sophistication to the interior. TMP could be offering at least two more color options for the color trim to at least show versatility.

Just like the interior, one can expect that the 2021 Toyota Rush will still be running with the same features. The current Rush is equipped with a 7-inch infotainment screen available for all of the variants. It comes with Weblink connectivity for both Android and IOS.

Toyota’s own Toyota Safety Sense could also be equipped for the 2021 Rush. However, if that happens, there’s a high probability that the Rush’s price will have a significant increase.

The Toyota Rush is continuously gaining momentum in the local market despite being introduced only last year. This means that TMP could toy the Rush a bit more with more features without imposing a risk of significantly reducing its sales figures.

With that being said, there is a slight chance that we can see a diesel variant for the 2021 model. The Indian market will be getting the Toyota Rush next year and it is speculated to come with a 1.4-liter diesel engine found in the Indian-spec Corolla Altis and Etios model. 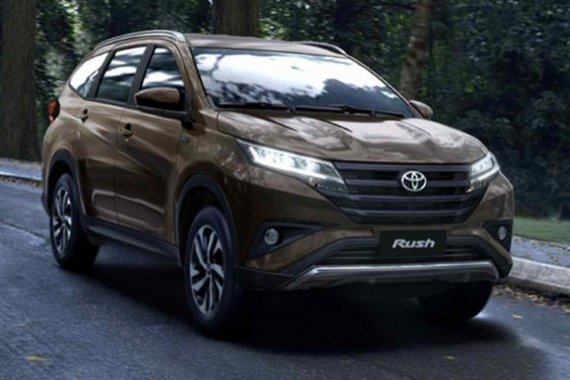 If TMP will offer a diesel option, even if it is unlikely, that will complement the ladder-type frame chassis of the Toyota Rush. The addition of a 4WD option would also be a good feature to indicate the Rush’s SUV nature. The Toyota Rush is currently utilizing a rear-wheel-drive layout.

The current 1.5-liter gasoline engine of the Toyota Rush is expected to be carried over to the 2021 model. This engine is capable of making 102 hp and 134 Nm of torque, and can be paired to either a 4-speed automatic transmission or a 5-speed manual trasmission.

>>> Related: Which 2021 Toyota Rush variant should you buy? [Comparison Guide]

A more aggressive and more rugged SUV look, this is what we expect the Toyota Rush to be for the 2021 model. This type of design principle seems to work drastically in the local market as it is the likely trend for the new car releases. 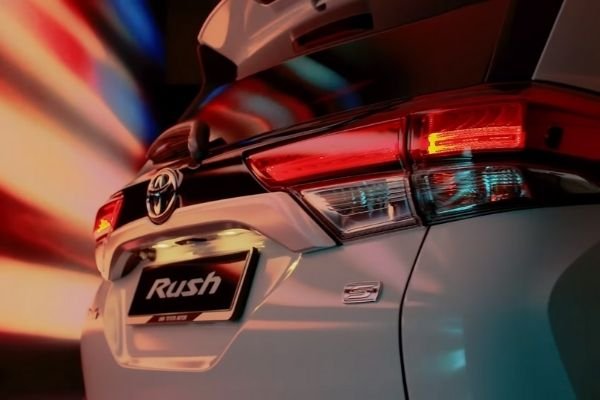 Unfortunately, TMP hasn’t released any statement regarding the plans for the 2021 Toyota Rush. However, there is a new Rush offered in the Malaysian market that comes with more aggressive body lines, more black trims, and chrome trims. 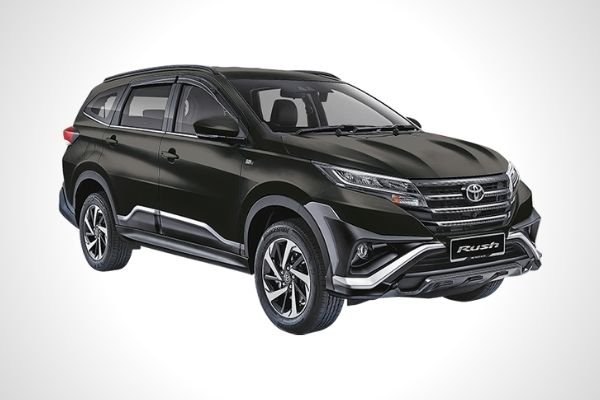 In consideration of the price bumps we got from the new Vios, Hilux, Wigo, and Fortuner, we can also expect the Toyota Rush to have a price increase once the new model debuts in the Philippines.

<p>The Toyota Rush is Toyota Motor Philippines (TMP)&rsquo;s entry to the local competitive multi-purpose vehicle (MPV) segment. Considering its relatively large size and affordable pricing, the MPV is regarded by some as an entry-level SUV to the Japanese car brand.&nbsp;</p> <p>Thanks to the collaboration between Toyota and Daihatsu, the Toyota MPV is introduced in 2006 as a rebadged Daihatsu Terios. And in 2018, the Japanese carmaker introduced the model in the country which instantly became a hit among Filipino car buyers until this day.</p> <p>There are many SUV-like features that the <strong><a href="https://philkotse.com/toyota-rush-price-philippines" title="Toyota Rush Philkotse Car Guide">Toyota Rush</a></strong> offers such as a relatively high ground clearance rated at 220 mm and its new seating configuration that makes seven as standard across all variants. TMP still offers the same three variants that marketed for various car consumers.</p> <p>Just like most MPVs competing in the country, the 7-seater Toyota small SUV uses a 1.5-liter gasoline engine which can be paired to 5-speed manual or 4-speed automatic transmission. It is considered as one of the best value for money especially for those who wish for a reliable family car.</p>