Which is the better macho-looking MPV?

Since the beginning, MPVs with high seating capacities were always a hot item here in the Philippines. In a bid to make them more attractive, several car companies produced MPVs with SUV-like styling cues. A year ago Toyota introduced the Toyota Rush.

A few months ago, Mitsubishi locally released the Mitsubishi Xpander Cross. Both of these are very macho looking, high riding MPVs. And as we’ve said, they undoubtedly caught the attention of automotive consumers.

But which is better on paper? The Toyota Rush G, or the Mitsubishi Xpander Cross? Let's find out which MPV has the better specs 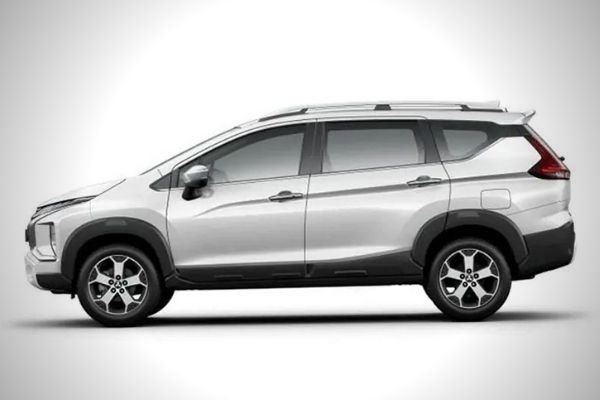 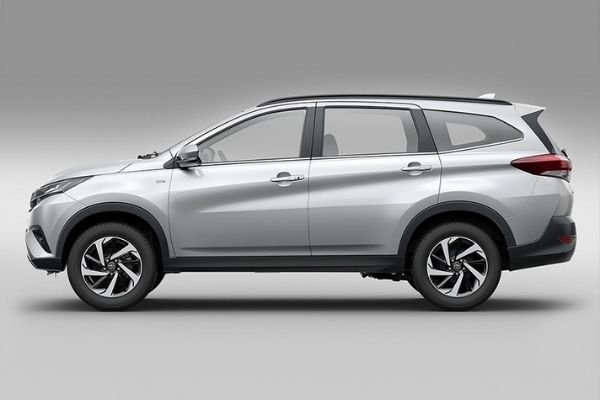 Compare the Xpander Cross (left), and the Rush (right) with this slider. 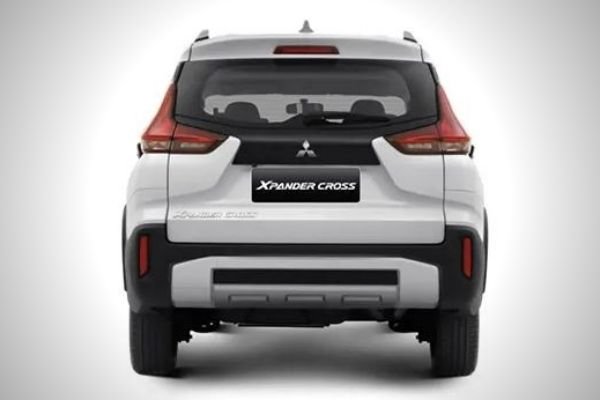 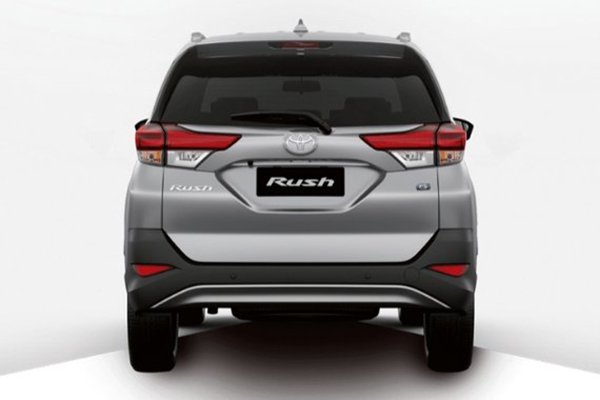 Inside, the Xpander Cross and the Rush G are pretty comfortable. Both can fit up to seven passengers including the driver, and both of their seats can be tumbled down for more cargo space.

Both MPVs also have to charge outlets for every row. Note though that Rush uses an automatic air-conditioning system, while the Xpander Cross has a manual AC. Both do have rear vents.

Their entertainment systems are also similar. Both are linked up to an eight-piece speaker system and can connect via smartphone linking feature, through USB, or aux-in. They even have the same size at seven inches. However, the entertainment system aboard the Xpander Cross is slightly better as it can handle offline navigation. 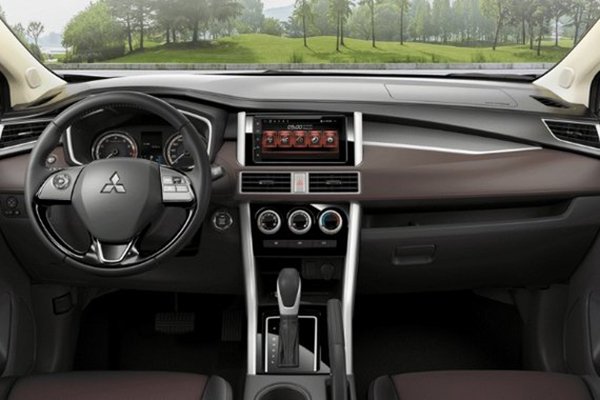 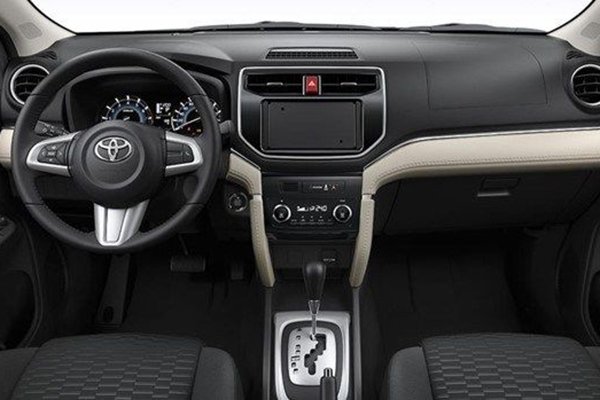 Turning to driver amenities, both the Xpander Cross and the Rush supplies a driver with steering mounted audio controls. The Mitsubishi made MPV however does have cruise control, while the Toyota one does not.

Both of these vehicles come with a push to start button, and both are equipped with a keyless entry system. And lastly, the Rush G’s steering can only tilt, while the Xpander Cross’s steering wheel can be adjusted telescopically and for tilt.

It is also worth noting that the Xpander Cross provides a much flatter surface with the seats folded compared to the Rush G.

Under the hood, both the Xpander Cross and the Rush G are powered by a 1.5-liter inline-4 gasoline engine. Both also have a four-speed automatic transmission. The engine on the Mitsubishi MPV however is slightly more powerful. It makes 103 horsepower and 141 Nm of torque. The Toyota Rush G’s inline-4, on the other hand, can produce 102 horsepower and 134 Nm of torque.

While the power difference between the two isn’t that significant, their drivetrains are totally different. The Xpander Cross uses a front-wheel-drive layout, while the Toyota Rush sends its power to its rear wheels.

And lastly, the Rush rides on a ladder frame, while the Xpander Cross uses a unibody chassis.

For safety, both the Xpander Cross and the Rush G are equipped with anti-lock braking with electronic brake distribution, an engine immobilizer with security alarm, rear parking sensors, emergency stop signal, stability control, hill start assist, ISOFIX tether points, and childproof door locks. While the Xpander Cross has the usual dual front airbags, the Rush is equipped with a front side airbag, as well as a curtain shield airbag.

>>> Find Mitsubishi dealerships near you

Let’s face it, the normal car consumer will always put the look of a car high in their list of considerations. And while we’ve said before that looks are subjective, there’s no denying that the Xpander Cross is the more striking looking vehicle of the two.

Another point of contention between the Rush G and the Xpander Cross is their interior space. The latter after all is far larger than Rush G.

That means that it might provide you with more elbow room and legroom. And as we’ve said earlier, the Mitsubishi MPV’s seats fold flatter than the Toyota’s, allowing for better space optimization. 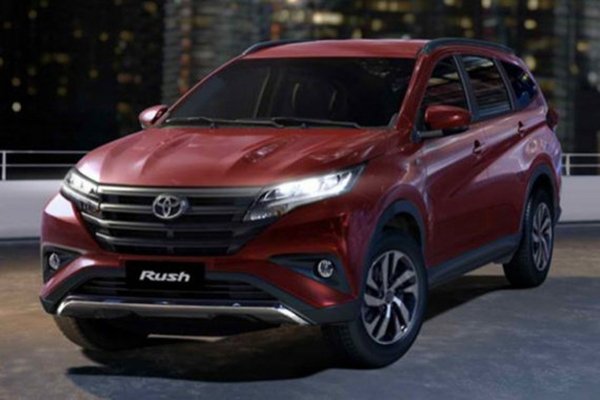 Do you prefer the simpler, but still very macho looking front end of the Rush?

Do note though that the Rush is popular for a reason. It is based on the already proven Avanza. It even shares the same 2NR-VE engine found on its smaller brother.

On top of that, there are also some people who will prefer RWD cars over FWD cars. Also, Rush has an actual ladder-style chassis. This is of course far more robust than the unibody chassis of the Xpander Cross.

Next up is the price. The Rush G is significantly more affordable than the Xpander Cross. This difference however becomes obvious when comparing the two’s interiors.

The Mitsubishi MPV provides leather seats and more space, while the top-of-the-line Rush G comes with a lot of hard plastic surfaces and fabric seats. 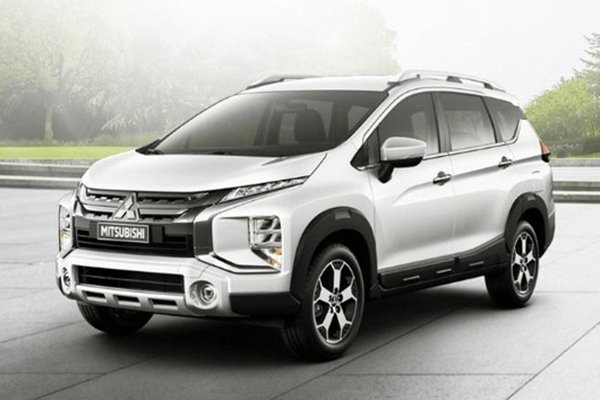 Or do you like the more intricate and futuristic looking front end of the Xpander Cross?

So which MPV is better in terms of specs? Well, if you care about having RWD, a ladder frame, but with a less fancy interior, then the Rush G might be your thing. If you care about space, a flat cargo area, and a flashier looking car overall, then the Xpander Cross might suit your needs better. 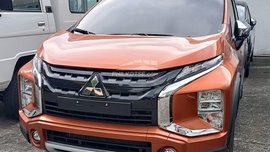