What’s new on the next-gen Ranger?

Ford Philippines just launched the next-gen 2023 Ranger pickup truck in the local market. It follows the new model's global premiere which was held last year. Now that it has made available in the country, let's see what are the new features of the rugged-looking pickup truck and how it differs from the outgoing model. As a new generation model, the 2023 Ranger looks vastly different from the old model. The largest change however is found on its front end.

On the old outgoing model, the Ranger headlamps assume a sharp, but conventional shape. On the new one, it gets stretched out vertically and the separation between the separate LED lights are now much apparent, with one position over the other. The entire headlamp cluster is then surrounded by larger C-shaped running lights. 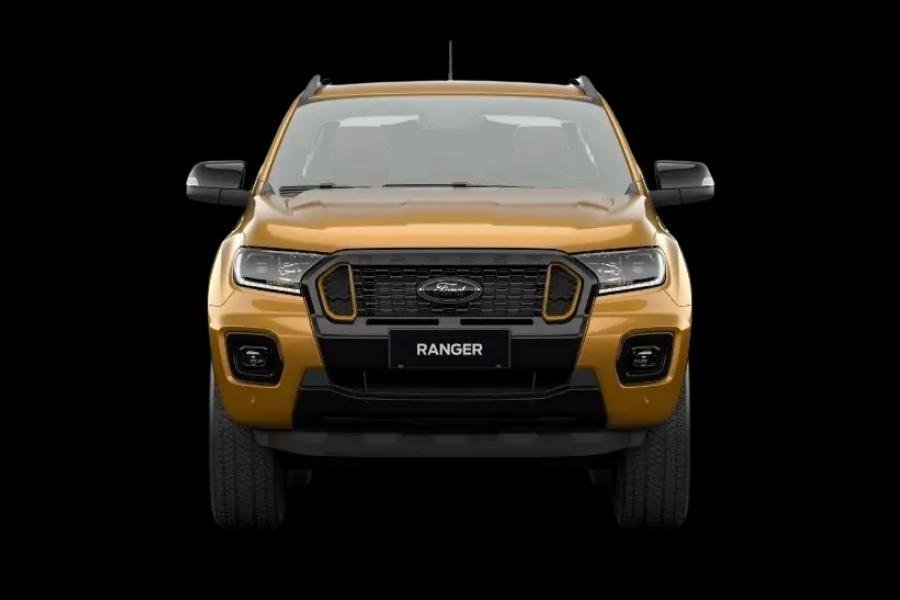 The new one also gets a dual-bar bisecting the front of the vehicle while holding the Ford logo. The grille shape is also slightly different as it now assumes a more rectangular shape, instead of the hexagonal one on the older Ranger.

Down below, the lower bumper is more angular, and the lower air intake appears larger than before. The fog lamp housing also looks like it is connected to the center of the truck, instead of being separated. The new Ford Ranger from the side

The side of the new Ranger also gets a deeper character line running from the rear of the front wheel arch to the rear doors. The new model also features a straighter beltline. The rear then gets a pair of new taillights, which look more compact compared to the older model. The current Ranger's (FX4 Max) side The interior of the 2023 Ford Ranger

The seats themselves were also given design changes by way of more contours and deeper bolstering. Both the front and rear rows still have elbow rests, but the rear door’s windows are now more squared up, thanks to the smaller kink on the new truck’s slimmer-looking C-pillar. Inside the old Ranger (FX4 Max)

Probably the biggest change to the interior is the new headunit. On the top-spec 2023 Ranger Wildtrak, the dashboard is now dominated by a huge 12-inch touchscreen that stretches down to the center stack. It then gets Ford’s latest SYNC4 in-vehicle communications and entertainment system, as well as wireless Apple CarPlay and Android Auto. All of which come standard across the range. The said screen is of course much larger than the eight-inch headunit on the old, top-spec Ranger’s eight-inch touchscreen. It is also complemented by Type A and C USB ports, a wireless charger, a windscreen-mounted USB port, and six speakers for the higher-end trims. Moving on to engines, the new 2023 PH-spec Ford Ranger isn't getting the V6 engine made available in other markets. This means that the truck gets the same 2.0-liter single turbodiesel engine and 2.0-liter bi-turbo diesel power unit. The former makes 170 horsepower and 405 Nm of torque, while the latter is capable of generating 210 horsepower and 500 Nm of torque. The new Ranger from the rear For the front suspension, the pickup truck uses a double wishbone with coil spring and anti-roll bar. Ford said that they have been moved outward to provide more comfort even when fully loaded. The wider stance of the new truck also means more stability during off-road use.

If you want to catch more news about the new 2023 Ford Ranger, keep it here on Philkotse.