Top 10 affordable cars with panoramic sunroof to buy in 2021

Panoramic sunroofs are great features to let natural light in the interior.

Not all manufacturers install a sunroof as it will increase the production cost of a vehicle since it will be installed with a glass pane and actuators.

However, due to the advancement of the automotive industry, car manufacturers have come up with different ways to keep their vehicles relatively affordable despite installing a sunroof. Interior of the Subaru Forester GT

With that being said, let’s take a look at the vehicles with panoramic sunroof available in the local market. We have not included luxurious cars with relatively high price tags since a sunroof feature is generally a given already for them.

When the Geely Azkarra came into the local automotive market in 2020, Filipino car buyers were surprised by its loaded features. One of which includes a panoramic sunroof feature. This feature helps the premium looking interior of the Azkarra to look even more sophisticated.

Sojitz G Auto Philippines (SGAP), the official distributor of Geely vehicles in the country, offers three vehicles in the local market, namely the Coolray, Azkarra, and the newly-introduced Okavango. Both the Coolray and Azkarra were praised for their sunroof feature. Meanwhile, the Okavango surprised many car buyers since it is the only Geely vehicle in the country without a sunroof. 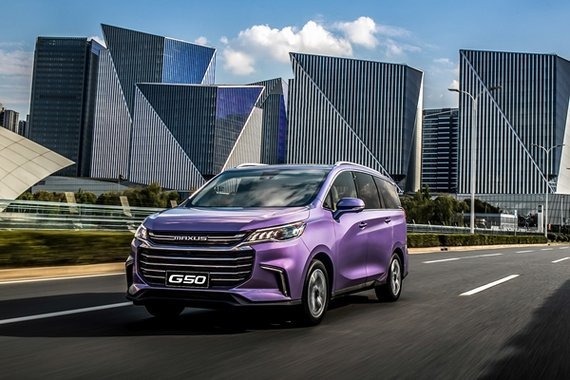 Most MPVs come with aircon vents located on their ceiling before the second-row seats. With that being said, installing a sunroof would be a challenge for some car manufacturers. Luckily, the Maxus came up with a way to install one in the G50 MPV.

The facelift version of the Honda CR-V released last October 2020 comes with a clean-looking panoramic sunroof which helped the update look fresh. The panoramic sunroof in the new CR-V runs across all the way to the second row and can be retracted easily using a switch above the driver’s side. 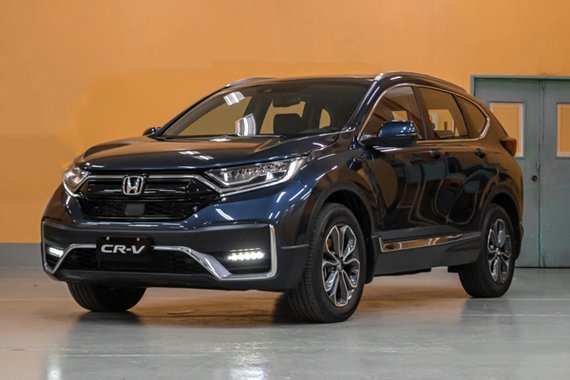 The CR-V is offered with gasoline and diesel variants

>>> Related: Upcoming cars in 2021 in the Philippines: Some confirmed, others rumored

One of the most affordable vehicles you can get that offers a panoramic sunroof feature is the MG RX5. The MG 5 is currently competing in the local compact crossover segment against the likes of the Hyundai Tucson and Subaru Forester. Most of its competitors come with a panoramic sunroof, if not then a standard sunroof. 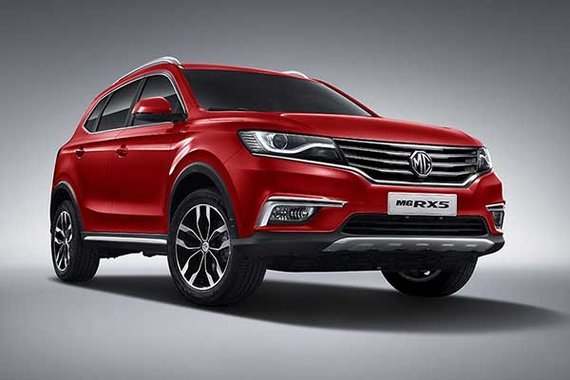 It is also good to note that all MG vehicles offered in the country offer a sunroof.  These MG vehicles include the 6 sporty sedan, ZS subcompact crossover, and 5 subcompact sedan. The British-bred MG did a great job in installing a sunroof feature in all of its vehicles while keeping an affordable price tag.

The Ford Territory is the American marque’s latest addition to the local lineup. It is a compact crossover that comes with a sleek design courtesy of the body character lines, wheels, LED headlamps, LED taillights, and a sunroof feature. 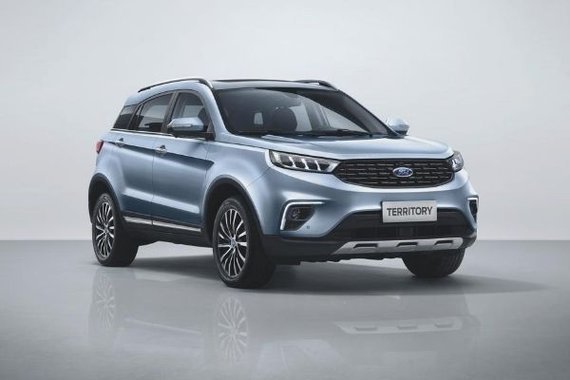 The Territory compact crossover is a promising new vehicle from Ford

However, the Ford Territory is marketed as a compact crossover with a panoramic moonroof. In case you haven’t heard, a moon roof is just another type of sunroof. A moon roof is more tinted as compared to other types which can be perfect even driving in the morning. Inside, the driver gets to benefit from an 8-way power-adjustable seat that can be configured depending on the desired driving position. The Forester also offers the driver a leather-wrapped telescopic steering wheel and a high-grade multi-function display.

One of the many 7-seater family vehicles available in the local market that comes with a panoramic sunroof is the Nissan X-Trail. With the X-Trail’s sunroof feature, passengers can have natural lighting whenever desired that can light up even for those passengers seated in the third row. The Nissan X-Trail doesn’t compromise when it comes to safety features thanks to its Nissan Intelligent Mobility. This equips the X-Trail crossover with safety features such as forward collision braking and warning, around view monitor, blindspot warning system, and more.

Japanese car brand Mazda has been winning the design game in the industry thanks to its award-winning Kodo design language. This type of design language provides Mazda vehicles a contemporary and subtle finishes both for the exterior and the interior. 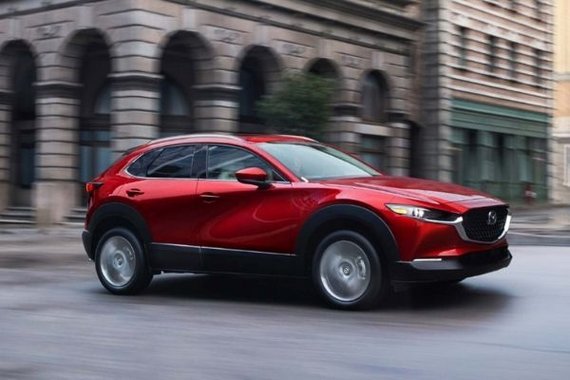 The Mazda CX-30 is a stylish vehicle inside and out

Complementing the Mazda CX-30’s eye candy design is its sunroof feature. This helps the CX-30 crossover to maximize the design potential on the outside and highlights the sophisticated finish in the interior especially in broad daylight.

>>> Related: Moonroof vs Sunroof: What is the difference?

Another Chinese car off this list is the Chery Tiggo 8 marketed to compete in the local midsize crossover segment. The Chery Tiggo 8 is the most premium model of the Chinese car brand currently offered today. It comes with a sleek and purposeful exterior design that helps it stand out on the road. 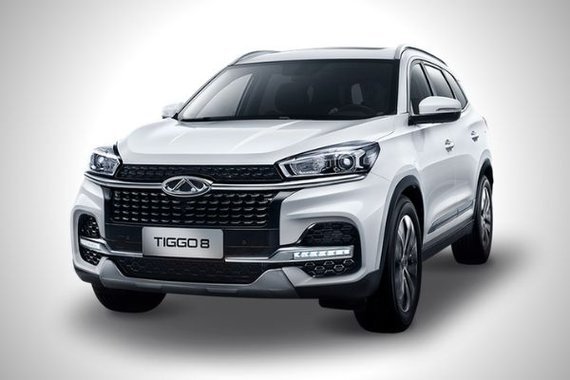 Inside the Chery Tiggo 8, there are loads of features including a panoramic sunroof with an anti-pinch function. Other technology features include a 10.25-inch infotainment system, an 8-inch LDC A/C touchscreen, and a Chery Smartwatch that can be used for remote functions.

The design of the Toyota RAV4 has been significantly improving every generation. Now on its fifth-gen, the RAV4 comes with a contemporary design language with sharp-looking character lines. Adding to the RAV4’s sharp design is its panoramic moon roof that helps natural light to come in. 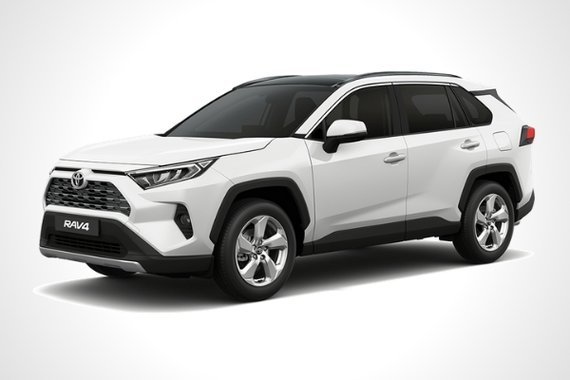 As for the other interior features of the RAV4, it comes with 8-way electrically adjustable seats for the comfort of the driver, front seat heaters, reclinable second-row back seats, soft leather seats, wireless charging pad, dual-zone air conditioning, and more.

The Geely Azkarra is a five-seater compact crossover with a mild hybrid system. This model supports the brand’s vision of coming out with a vehicle that promotes cleaner technology. The 2020 version is an overhaul of its first-generation version that was launched in 2016. It comes in two variants which are the Premium and Luxury models. Both of which run on a 1.5-liter 3-cylinder turbocharged gasoline engine. Maximizing its powerful engine, the vehicle comes with a drive mode selector in the form of a dial. The hybrid system is incorporated through a 48V Energy Management System that stores energy from the engine to add more power to the vehicle. It can also be used to place the vehicle on electric-only mode during short drives. The Azkarra is one of Geely’s premium vehicles that combines a sophisticated aesthetic with exciting new technology that provides extended safety, entertainment, and convenience.