Moonroof vs Sunroof: What is the difference?

Updated Oct 20, 2020 | Same topic: Technical Car Terms to Know
Read to find out the difference between moon roof and sunroof.

Today, aesthetics plays an important key to almost everything and that includes cars. Sometimes, it is no longer enough to have that bad-ass car in a hefty price tag. The make and model of a vehicle is no longer just the only consideration but there are those who weigh the overall look of the car just from the outside. This is an outrageous fact but as the saying goes, "different strokes for different folks!"

This is where the idea of sunroofs and moonroofs come into play. They make the car look better emitting a unique attitude and the riding experience more fun. From the naked eye, a moonroof can be synonymous to a sunroof. With very limited car knowledge, a sunroof and/or moonroof it is just an opening that is strategically placed on top of the car roof. It lets in natural light and air. It is considered a car accessory and not really a standard feature of most cars.
Sunroof and moonroof. It is being used interchangeably and again, they look the same so most likely its purpose is the same too right?

It is true that this two-car accessory is almost the same but note that they are also different. Some refer it as a sunroof while others call it a moonroof. Which is which? And which is more suitable for you? This article from Philkotse.com will help you decide.

The sunroof in layman's term is a panel installed on the car's roof that will allow sunlight, air, or both to go inside the vehicle. Yes, it is a refreshing and natural alternative to air conditioning. Normally, a sunroof has two kinds of panels with the first one being made of metal or of the same material used as the vehicle's ceiling.

This initial panel can then be retracted to expose and make way for the glass panel. This glass panel is the second layer which can be opened slightly by tilting it or by completely retracting it and removing that panel which gives that open roof atmosphere and looks. Sunroof is a refreshing and natural alternative to air conditioning

There are two general kinds of sunroofs based on how it is opened. The first kind is the tilt-up sunroof whereby the name itself, it only tilts up a little and provides a small opening for a small amount of air to go inside and just a limited dose of sunshine. This is the recommended kind and this accessory is normally joint in the front so the opening and closing happen in the rear side of the roof. 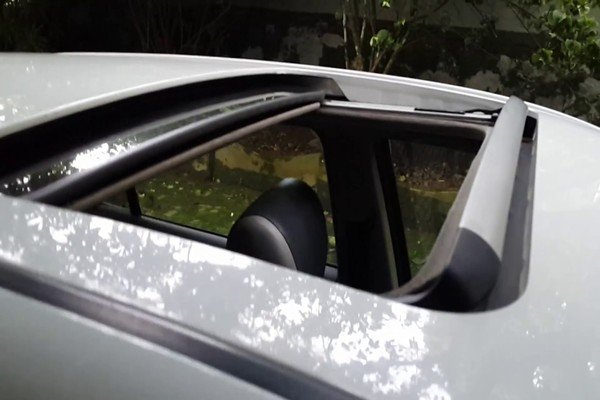 There are two general kinds of sunroofs based on how it is opened.  It can either be an inner sliding sunroof or an outer sliding roof.

Sunroofs can be operated either manually or automatically. The way it opens may be based on the make and model of the car and on how this accessory was installed or incorporated. It also comes in various sizes, styles, and even shapes. Getting a sunroof installed on your car can be a freeing experience. It provides a feeling of openness and openness and is the next best thing to convertibles.

Since it allows air inside the vehicle, the ventilation as expected is better although it might just provide a lower ceiling due to the window panels that are installed between the roof and the car ceiling. Sunroofs can be operated either manually or automatically

Overall, a sunroof adds value to the car and has a lot of pros so many are opting and considering this for that added oomph. It pops up and can be slid atop the car roof. It also provides you with full freedom given that it doesn't have any barrier or net between the passengers and the outside.

Now the moonroof is easily being mistaken as a sunroof because it is also a glass panel however, this is a glass panel inbuilt the sunroof. Most cars today technically has a built-in moonroof. It is usually of a tinted glass much to the purpose of having an extra window on top of the car to let in fresh air. To make it simpler, a moonroof is another variety of a sunroof. It will allow light inside the vehicle regardless if it is closed or not. 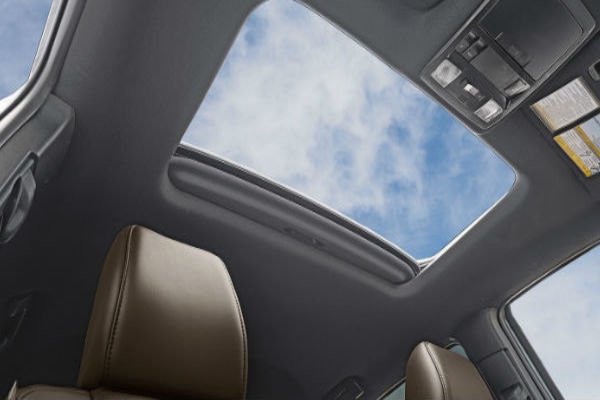 A moonroof is another variety of a sunroof

Unlike sunroofs, moonroofs don't open automatically. It will have a sliding or a lifting functionality that is incorporated in the vehicle to make it work although car manufacturers are surely in the works in getting this easier with a press of a button. Aside from that, since moonroofs are generally fixed, it can't be removed or moved as needed. Sunroofs can be regulated since it can be adjusted as deem necessary for factors like extreme weather temperature.

They instead simply slide into the built-in pocket of the car frame. With this, there is an actual physical barrier between the passengers and the outside even if the moonroof is open which can be found as beneficial as it can keep the bugs and the leaves out of the car while still having the natural sunlight and air in. 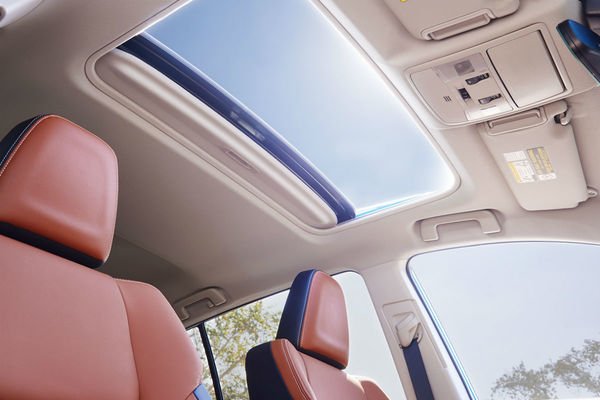 When it comes to safety, sunroofs are generally considered a winner for overall protection. Moonroofs, as mentioned, is typically made of tinted glass and it can easily break with a single hammer shot with just the right amount of pressure. Sunroofs are made of metal or of the same material as the vehicle itself so it would be more challenging to cause damage.

Overall, both can prove to be that added attractiveness to your car and regardless if it is a sunroof or a moonroof, the mere thought of being able to enjoy natural light and air while driving is enough reason to consider installing one. It will make the driving experience better and more enjoyable.

It doesn't matter if it is day or night or if it is the sun or the moon that is out. Bottom line is, you can enjoy and savor nature at its finest with a sunroof or a moonroof incorporated in your awesome car!