Upcoming cars in 2021 in the Philippines: Some confirmed, others rumored

Expect a total of 33 new cars next year.

This year has relatively been tough for the Philippine automotive industry. The threat brought upon by the COVID-19 virus has put the local market behind the ropes. But that didn’t stop local car brands from finding new ways to reach potential clients and keep the industry alive.

The most evident strategy shift made by local car brands was to maximize the digital platform by revamping its respective websites. Through this, car brands can connect with their potential clients online.

Aside from revamped websites, local car brands have also changed the way of launching a new car. The local market was immersed in several virtual car launches throughout 2020. Indeed, 2020 is a peculiar year but it has opened new possibilities. GAC is looking to introduce two new models in the Philippines next year. First is the 2021 GS4 crossover that comes with a restyled exterior design featuring a more aggressive front end and a sleek rear.

The other car that GAC Philippines could launch in 2021 is the GM8 luxury MPV. The 2021 GM8 is fitted with a new fascia in its home market China, and it looks more distinctive than ever. The Chinese carmaker is offering two variants for the new GM8, namely the Master and Leader Series. Isuzu Philippines is locked and loaded for 2021 as it has confirmed the arrival of the new D-Max and the mu-X. Isuzu PH said that the new D-Max is scheduled to make its local launch next year but did not specify an exact date. But, we’re expecting the new D-Max to debut during the first half of 2021. On the other hand, the new and better-styled mu-X is also confirmed to make its debut in the Philippines next year. Fans of the seven-seater SUV could expect the new mu-X to arrive in the second half of 2021. 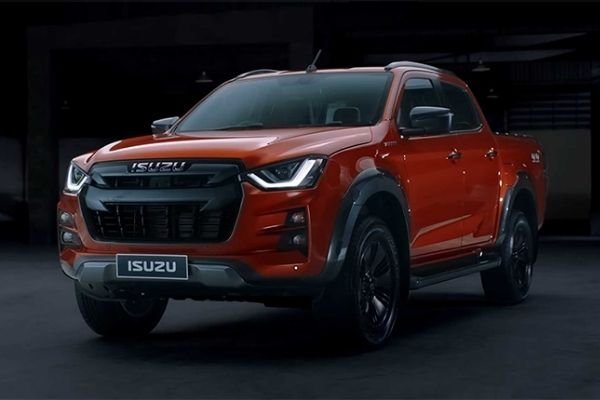 Hyundai Philippines announced that it will be bringing four new models in 2021. This news was confirmed at the first virtual Manila International Auto Show (MIAS). The all-new Tucson is included in Hyundai PH’s new model launches for next year. As a review, the Tucson is arguably the most striking-looking crossover SUV in Hyundai’s current global lineup. Hyundai PH also confirmed that the local market should expect to see the new Santa Fe, Starex, and Kona in 2021. Kia Philippines is also one of the local car brands that are locked and loaded for 2021. Though not confirmed yet as of this writing, Kia PH could bring in the new Picanto, Sorento, Rio, and Carnival next year.

If you ask us, Kia PH should launch the facelifted Picanto next year to be able to slug it out with the new Toyota Wigo. On the other hand, the 2021 Sorento could also be coming to the Philippines next year. Of note, the 2021 Sorento got a five-star safety rating from Australasian New Car Assessment Program (ANCAP) and the Euro NCAP. Mazda Philippines will be launching the all-new BT-50 next year. It’s based on the new Isuzu D-Max pickup truck, but it features Mazda’s Kodo design language. As such, the Mazda BT-50 has never looked this good. Moreover, the Mazda BT-50 could have a better fighting chance in battling it out with its segment rivals especially when you consider how its exterior and interior design looks. Maxus Philippines is set to expand its model lineup yet again with the D60. The Maxus D60 is a seven-seater crossover that packs an aggressive exterior and a stylish interior. It also managed to get a five-star safety rating in the China New Car Assessment Program (C-NCAP) garnering a cumulative score of 88.9 percent.

At launch, we expect that the Maxus D60 will be offered with a 1.5L turbo gasoline engine, the same one powering the G50 MPV with 166 hp and 250 Nm of torque. Power is sent to the front wheels through a 7-speed dual-clutch gearbox. Another car brand that has big plans for 2021 is MG Philippines as it plans to launch new models such as the RX8, 5, ZS, and Pilot. MG PH has already confirmed that it will be launching the RX8 next year. Marketed under the Roewe badge in China, the RX8 is available in either five- or seven-seat variants there, although It’s unclear which variant will find its way here.

However, we think that MG PH will be offering the seven-seat variants rather than the five-seater. If that happens, the RX8 will go up against the likes of the Toyota Fortuner, Mitsubishi Montero Sport, Ford Everest, among others. If there’s one car brand that could be busy next year, it would be Nissan Philippines. Why so? Well, there are many possibilities for Nissan PH in 2021. Relatively, the brand has been a bit quiet in the local market in 2020.

However, that could not be the case next year as the local market could expect the launch of the new Navara, Terra, Kicks, X-Trail, Sylphy, and Almera. Now that’s a lot of models. But realistically, we could expect Nissan to launch a new subcompact crossover, the Kicks. Peugeot Philippines is looking to join the new car launch craze in 2021. From the looks of it, the brand could introduce the new 3008 compact crossover as well as the 5008 seven-seater SUV. The design of the facelifted 3008 was revealed last September 2020. It looks stunning and it comes with a frameless grille design. Subaru Philippines is set to have a busy 2021 as it confirmed several new model launches that include the XV, Evoltis, and BRZ. The facelifted XV is all set to make its debut in the Philippines in the first half of 2021.

Meanwhile, the seven-seater Evoltis will also be launched in the first half of 2021, and it will be priced below Php 4 million. However, Subaru PH has yet to confirm the final pricing of the Evoltis. Lastly, the new BRZ is coming to PH in the last quarter of 2021. The need for mobility has significantly increased due to the threat brought upon by COVID-19. As such, Suzuki Philippines plan to capitalize on this as it plans to introduce the new Swift Dzire in 2021. The Swift Dzire is a subcompact sedan that could be a reliable daily driver.

Toyota Motor Philippines (TMP) is arguably the busiest car brand in 2020. It has launched one new model after another such as the Wigo, Vios, Corolla Cross, Hilux, and Fortuner. In fact, before Christmas, TMP announced the availability of the new Yaris hatchback. Now, TMP is not yet showing signs of slowing down as it plans to launch another new model in 2021. That model is the facelifted Innova. So, there you have it - the list of upcoming cars in the Philippines this 2021. In total, you could expect 33 new cars to be launched in the local market. Undoubtedly, the Philippine automotive industry will be busy next year.