2021 Mitsubishi Strada: Expectations and what we know so far

The Strada could come with better smartphone integration

2021 Mitsubishi Strada: What we know so far

*Disclaimer: This video is the current Mitsubishi Strada available in the market. Check out for your reference!

In 2019, Mitsubishi gave the Strada a significant facelift. It now has the recognizable dynamic-shield grille, and a front fascia similar to the one on the current PH-spec Montero Sport and Xpander. A few months ago, Mitsubishi also released the tough and sporty looking Strada Athlete. That said, we’re fairly certain that the current PH-spec Strada still has a lot going for it. As such, it’ll remain as Mitsubishi’s entrant to the Philippine pickup truck market for the next model year. So what can we expect from a PH-spec Strada for 2021?

As we’ve said, the current Strada remains to be one of the most recognizable pickup trucks in the market. This is thanks to the 2019 facelift, which elevated the Japanese branded truck’s look into what we can describe as “very modern.”

Mitsubishi Motors Philippines Corporation (MMPC) even took it up a notch with the release of the Strada Athlete which features black-out trim pieces, a set of black colored wheels, and aggressive body graphics. 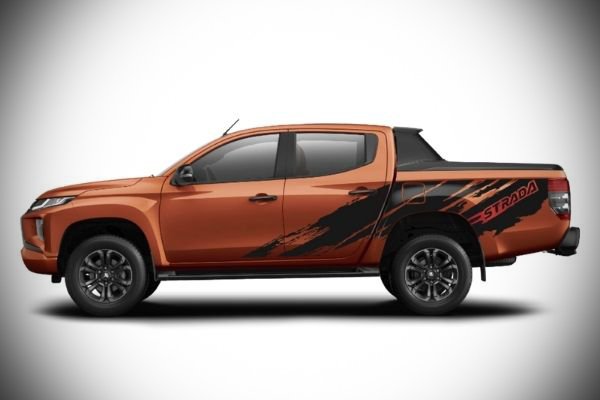 Note the graphics on the Strada Athlete's sides

For the PH-spec 2021 Strada, Mitsubishi might come with another exciting variant. Overall though, next year’s Strada is still going to be the fifth-gen model that we’re familiar with. As such, it’ll have the same exterior amenities and the same dimensions as the currently available one.

Typically, a car model’s interior only comes with drastic changes whenever the said model moves on towards a new generation. As such, we’re certain that the 2021 Mitsubishi Strada will still have the same interior layout and features as the current model.

Do note however, that the fifth-gen Strada offers one of the best looking cabins currently available in the Philippine pickup truck segment. This is especially true with the Athlete variant with its orange stitching and interior accents. 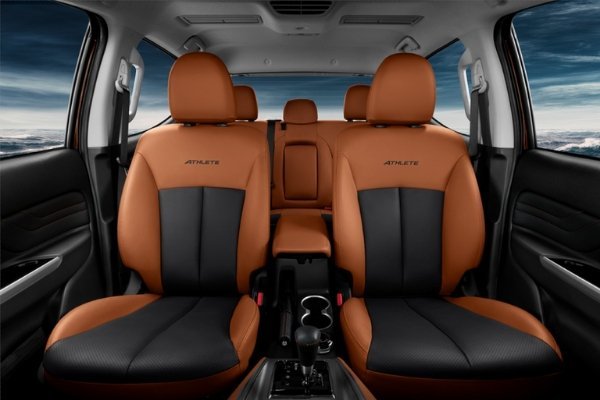 When it comes to connectivity however, we’re wishing that Mitsubishi can improve on this. Sure, the current top-spec Strada already has cool stuff like automatic climate control, leather seats, cruise control, a push to start button, etc. However, its touchscreen unit only has iPod connectivity, Bluetooth, Aux, and USB. As such, MMPC would do well to update the 2021 Strada’s headunit with Apple CarPlay and Android Auto. Currently, all the variants of the Philippine-spec Strada use the 2.4-liter 4N15 inline-4 turbo diesel engine. It can churn out up to 178 horsepower and 430 Nm of torque.

The said engine is either paired to a six-speed manual or a six-speed automatic. Power is sent to the rear wheels, or to all wheels through the Super Select 4WD-II system.

Overall, the mechanical specifications of the current Strada are capable and versatile. Combined with its double-wishbone front and rigid elliptic leaf rear suspension, the Strada not only provides a comfortable ride, but it can also carry up to 945 kg of cargo.

The Super Select that the Mitsubishi-made truck uses is also one of the better 4WD systems currently available today. As such, we hope that it remains available to the Strada for years to come.

Mind you, this 4WD system alone has its set of passionate fans so the company might want to keep that system around even for the next-gen version. Not unless the Super Select II’s successor is just around the corner and Mitsubishi is just being discreet about it.

>>> Related: List of pickup trucks to choose from in the Philippines today 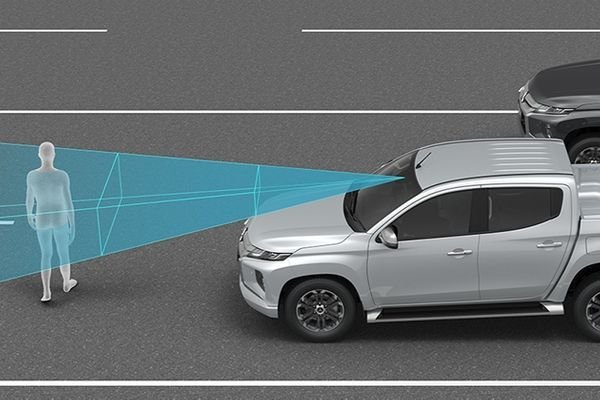 To further improve the Strada in terms of safety, we’re hoping that MMPC adds the 360-degree view camera that’s already available on the Australian-spec Strada. It might drive the future 2021 Strada’s prices up, but note that this feature is already available in one of the Strada’s local competitors – the Nissan Navara.

As we’ve said above, there’s a good chance that MMPC will be carrying over the current Strada for the model year 2021.

As per news of a next-gen version though, it has been confirmed by Ashwani Gupta, the Nissan Chief Operating Officer, that the next-gen Mitsubishi Strada will be sharing a platform with the next-gen Navara.

This new Strada however, won’t come out until 2022 or 2023 according to a report by carsguide.com.au. What do you think the next Strada will look like?

How about a Strada that could compete against the Ford Ranger Raptor? According to the same report from Australia, Mitsubishi is considering developing a range-topping Strada/Triton that could match Ford’s performance truck.

This however is tied with the development of the next-gen Strada/Triton, so it won’t be happening anytime soon.

If MMPC decided to add the 360-degree view camera, as well as the Apple CarPlay to the 2021 Strada, we can expect the said model’s prices to go up a bit.