Hard to believe it’s only been two years since MG Philippines started making waves in the local market, resulting in the brand’s fast-rising status among the new players here.

Its growth has been largely fueled by the ZS subcompact crossover, comprising 56 percent of the 2,854 total unit sales MG has reported for 2020 so far. Chalk it up to the efforts of The Covenant Car Company Inc. (TCCCI), which previously announced that it’s bringing in five new Chevrolet models led by the 2021 Corvette Stingray.

Now, if you’ve been salivating at the sight of MG’s China releases such as the new MG5 and the Pilot, fret not. At a recent online press conference, TCCCI has good news for fans of the marque: four new MG models will be arriving for Filipino customers by next year. 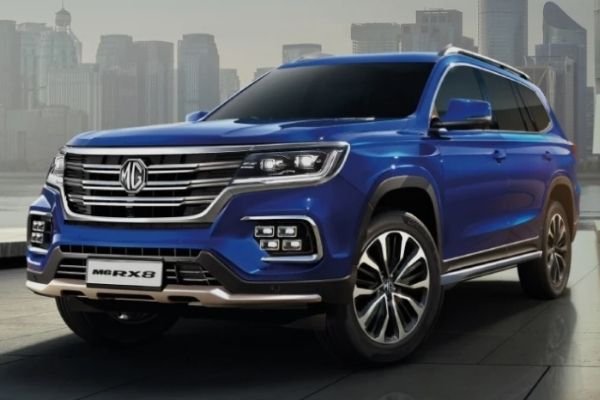 MG’s current range consists of the ZS, the RX5 compact SUV, the MG6 fastback, and the MG5 sedan. The expanded model lineup will include a new multi-purpose vehicle (MPV), a new SUV, and another sedan, apart from a preview of the ZS crossover’s fully electric version, the eZS.

TCCCI has yet to release details on the three upcoming models, but it did talk about another model that’s joining the new arrivals – the RX8 midsize SUV.

Jokes about being named after a certain sports car aside, the RX8 is nothing short of massive, spanning 4,923mm long, 1,930mm wide, and with a wheelbase of 2,850mm.

It’s also the first MG sold here with an honest-to-goodness truck chassis, the same one used by the bigger MG Gloster in India. Marketed under the Roewe badge in China, the RX8 is available in either five- or seven-seat variants there, although It’s unclear which variant will find its way here. >>> Related: Here is how MG cars are created in its Advanced London Design Studio

The China-spec RX8 also packs a 2.0L turbocharged gasoline mill good for 218 hp and 360 Nm of torque, mated to a six-speed automatic gearbox. Having a truck-based platform enables the RX8 to use a rear-wheel drivetrain, with the option of a four-wheel-drive variant.

The 202mm ground clearance isn’t going to sound very impressive compared to most rival SUVs (and even MPVs), but MG claims that the RX8 can wade through 800mm of water. A spacious leather-clad cabin accompanies the trademark flat-bottom steering wheel, with a 10-inch touchscreen featuring Apple CarPlay and Android Auto taking pride of place at the center of the dashboard.

TCCCI hasn’t disclosed pricing and other final details, but it would be safe to expect the RX8 by the first half of 2021.

We go big in bringing you updates on upcoming releases at Philkotse.com.