Updated Aug 28, 2020 | Same topic: Car Sneak Peeks, Teasers, & Rumors
The carmaker only says that it’s an SUV and a sleek one at that.

There’s something cooking in the MG kitchen, at least for its home market of China. And from the looks of it, another SUV will be joining its roster soon. 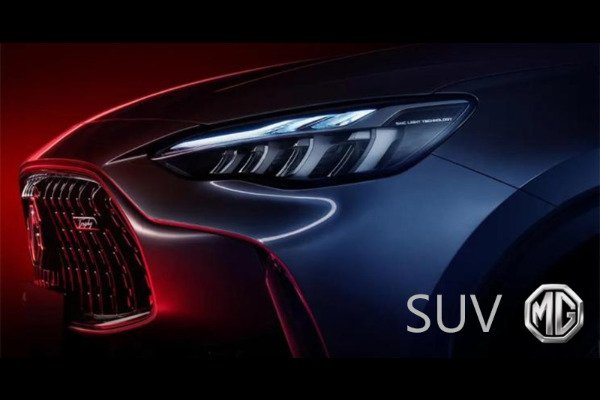 That grille is reminiscent of a particular Italian luxury brand, without the trident

Thai website Headlight Magazine posted teaser photos courtesy of MG’s mother company SAIC Motor, showing closely-cropped front and rear shots of the mystery model carrying MG’s new design language. One angle shows a side view of the fascia which, as far as we can tell, is equipped with a pair of LED headlamps. The ‘SAIC Light Technology’ branding near the edge of the LED daytime running lights proclaims that this specific feature was developed in-house.

Then there’s the familiar-yet-novel Stardust grille (or at least that’s what we’re calling it until MG says otherwise). The trademark MG octagon can just barely be seen mounted front and center, accompanied by the Trophy badging, which hints at the model being a top-of-the-line variant. Apart from the revised angle, what’s striking about the grille is the vertical orientation of the slats. This has drawn comparisons with the 2021 MG 5’s own gaping intake and how the design cue was seemingly taken from Maserati, although this new model more closely resembles the Italian marque, albeit with serrated edges. 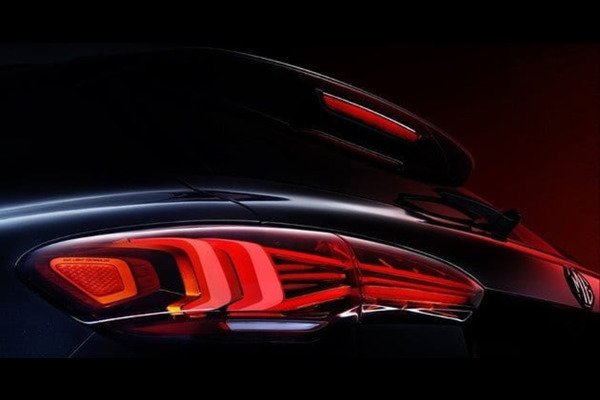 Those LED tail lamps are pretty breathtaking in the dark

The leading edge of the shark-nose hood terminates in what looks like vertical fins near the fenders, suggesting integrated intakes that divert air to the front brakes.

As for the rear, it clearly shows a liftgate despite the tight shot, surrounded by LED tail lamps that are unlike anything that MG currently offers in its lineup here. There’s a high-mount third brake lamp mounted on the roof spoiler, but no other details are shown. 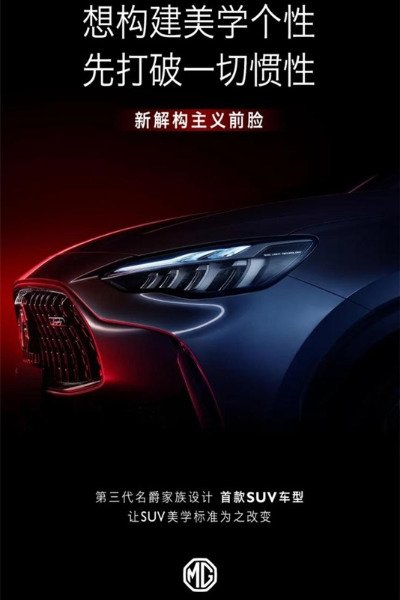 MG has yet to release more details, other than to say it's an SUV

Speculation has been rife concerning this mystery vehicle, which could either be the facelifted MG HS or an entry for a new market segment altogether. More rumors indicate that the model might pack either a 1.5 or 2.0L turbocharged gasoline engine, both of which the carmaker is already using in its lineup. As this model will be presumably launched in the Chinese market within a few months, more updates are forthcoming, and we’ll be updating this space once we get hold of them.

Get the latest news on your favorite car brands with Philkotse.com.