How the Ford Ranger has changed since 1998

May 22, 2020 | Same topic: Evolution of Cars
It’s been quite a journey since the first iteration.

The current Ford Ranger marks a decade of existence this year, having been introduced in October of 2010. Although the name was originally used on three separate Ford model lines, the Ranger as we know it in our market started out as a Japanese make in 1998.

If you think it’s a bit confusing, we’ll lay down a timeline to track how much the Ranger has changed.

In 1972, Ford sold its Courier line of compact pickups as a rebadged Mazda B-Series, wanting to cash in on the popularity of similar offerings from Toyota and Nissan/Datsun.

This continued until the second generation in 1983 when the Courier was replaced by the Ford Ranger in North America yet would live on in international markets for another 15 years. 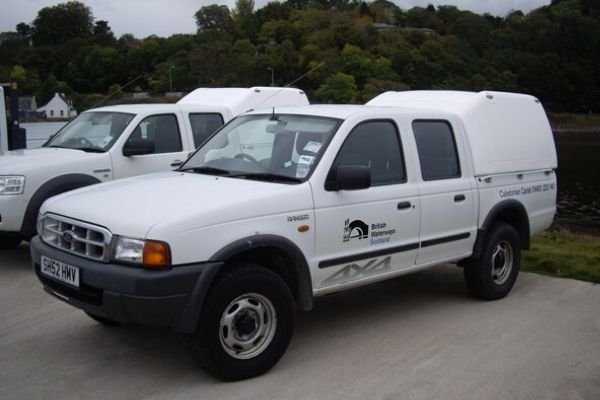 First-generation Rangers were built on the Mazda B-Series platform

In 1998, the fifth-generation Mazda B-Series began to be sold as the first-generation Ford Ranger for customers in Europe and Asia, with the Philippines even commencing local production.

As a rebadged model, it shared the rounded edges of its B2500 donor, as well as a 2.5L inline-four diesel engine or its turbocharged equivalent, with a 4x2 or 4x4 drivetrain.

Sporting a four-door double cab body, the B-Series-based Ranger found favor with customers looking for Japanese reliability with the prestige of an American nameplate, and was sold for eight years. A mid-cycle refresh in 2004 gave the Ranger a revised grille and larger headlamps

In 2006, Mazda retired the B-Series in favor of the BT-50, which served as the platform for the second-generation Ranger. Again, both the Ranger and BT-50 shared the same body and 2.5L Duratorq/3.0L diesel inline-4 engines, with common rail direct injection technology. The grille was replaced with bigger slats bookended by larger headlamps. The new platform also raised the Ranger’s ride height, apart from giving it a more muscular stance with wider fenders. Cargo bed capacity was also increased, improving the Ranger’s cargo capability. A 2009 facelift gave the Ranger an even wider grille with swept-back headlamps.

The third-generation Ranger was unveiled in 2011, now designed and engineered by Ford in Australia, sporting its own T6 platform for the first time.

The dimensions were increased even further, placing the Ranger into the midsize pickup category. A slimmer three-bar grille sits on the fascia, placed between wraparound headlamps. 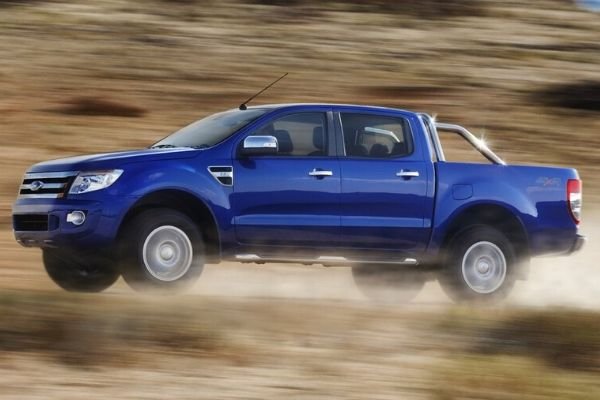 The new Ranger’s sleeker and more dynamic look, punctuated by large yet subtle fenders, was an engineering feat that improved aerodynamics, with a drag coefficient of .399 Cd, impressive for its class.

A double-cab body was still the default, coming in a choice of three variants (XL, XLT, Wildtrak) and two engines (2.2L and 3.2L Duratorq turbodiesels), mated to either a six-speed manual or six-speed automatic, with 4x2 and 4x4 drivetrains.

Bigger measurements meant best-in-class interiors for this generation, while a higher ground clearance and raised air intake contributed to the class-leading wading depth of 800mm.

The present Ranger is a 2015 refresh still riding on the T6 platform which, in an interesting twist, is now adopted by the current Mazda BT-50. Elements of Ford’s Kinetic Design language can be seen on the fascia, which features a revised trapezoidal grille, redesigned hood, and slimmer headlamps. The current Ranger boasts more power than before

Retuned springs and dampers improve handling and cargo payload, while the hydraulic steering has been upgraded to a new electric power assist (EPAS) system for agility and fuel economy.

Transmission choices and drivetrain options remain the same, with engine output receiving a power boost for the 2.2L engine (158 hp and 385 Nm of torque). Meanwhile, the 3.2L power plant still makes 197 hp and 470 Nm, but with peak torque coming later in the powerband (2,000 rpm from 1,750). The Ranger started out on a Japanese chassis

It even serves as the platform for the more lifestyle-oriented Ranger Raptor, which somewhat compromises on payload capacity in exchange for a FOX sport suspension setup, underbody bash plates, and a more powerful 2.0L bi-turbo diesel generating 210 hp and 500 Nm of twist.

The Ranger has indeed come quite a long way from its Japanese roots. Judging by the public’s continued patronage of the nameplate, we can expect further iterations of the Ranger to take our breath away.

Relive the history of your favorite rides with Philkotse.com.