Updated Jun 11, 2020 | Same topic: Nostalgia: Cars We Miss
The Tamaraw. Sold and designed by a Japanese brand, yet very Filipino.

Known as the Kijang in its home country of Indonesia, the Qualis in India and Nepal, the Unser in Malaysia, and the Stallion in Africa, this boxy unassuming looking hunk of metal is probably the most influential car for Toyota, and for a lot of lives during the '70s to the '90s.

It had many names, and was famous worldwide, sure. But here in the Philippines to this day, it holds a special place for many Pinoys and just hearing its name, the Toyota Tamaraw, will invoke a lot of memories of a time when things were simple, a lot more analog, and arguably…a lot more fun. 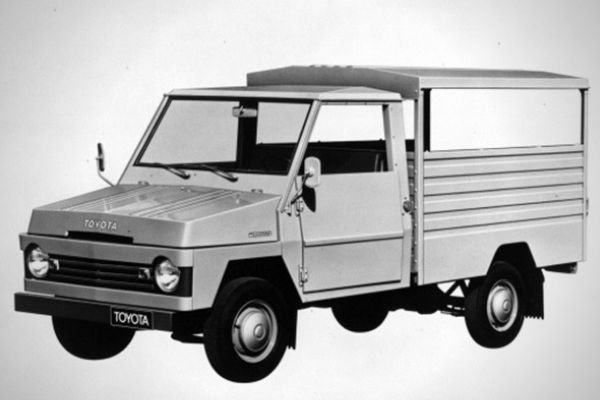 For experienced business people who started their enterprises back in the ’80s, it’s probably one of the first vehicles that they’ve owned. For many of you working now, you probably rode a Toyota Tamaraw FX to and from your first job interview. Some of you or your tatays might have even bought and used one as your family’s first car.

As such, it’s high time to talk about it. So sit back, relax, and let us regale you on the tale of the Tamaraw.

The Toyota Tamaraw was sold here in the Philippines in December 1976, several months earlier than its June 1977 release. So despite being designed by a Japanese guy, Osamu Ohta, and its prototype named after the Indonesian word (Kijiang), the Tamaraw is very much a Pinoy icon. It is, after all, named after a small species of buffalo endemic to Mindoro, but more than that, it practically became a symbol of mobility and transport for a lot of Filipinos. Now, why is that? Well, regardless of generation, the Tamaraw was always affordable, always mechanically simple, and was probably the most robust vehicle in Toyota’s lineup back when it was available. Sure, the Hilux was there, but back then, the Tamaraw had more space for passengers and cargo.

The KF10 version of the Tamaraw also followed the “jeepney” configuration meaning it was a two-box design with a roof, and two rows of parallel, longitudinal bench seats. This meant that unlike a pickup truck, the Tamaraw could shield one’s cargo from the elements. And boy, if you were a rice farmer, you would not want your un-milled rice to get soaked with rain, right?

As we’ve said, the first generation of the Toyota Tamaraw was sold here in the country in 1981. It was then followed by a more powerful version in 1981, the Tamaraw FX passenger wagon in 1993, and the less boxy Toyota Tamaraw/Revo in 1997. When the third-gen was released in 1993, a new market for the Tamaraw emerged. This was because, for the first time in its history, the Tamaraw now had three rows and air-conditioning. This made for the perfect platform for the GT Express, which is now known as the UV Express.

Later on, however, the Tamaraw FX had to compete with larger AUV models like the Mitsubishi Hi-Lander, and even vans like the Nissan Urvan and the Toyota Hiace for UV Express dominance.

In 1998, Toyota Philippines introduced the Tamaraw FX Revo, or simply, the Revo. Now unlike the older Tamaraw FX models, this version shared a platform with the Hilux. It also had the largest engine option for the Tamaraw line, which was a 2.4-liter diesel engine.

The said engine however was revised because like one of your uncles, it was an avid smoke belcher. On top of the more powerful engine, the Tamaraw Revo FX was also a more spacious and more premium feel, but alas, it lost the angular boxy design that its previous brothers had. The final form of the Tamaraw line; the Toyota Tamaraw Revo FX

Just like its earlier versions, the Toyota Tamaraw Revo FX was a hit, and thus Toyota updated the said model with the F81 in 2000, the F82 in 2003 to 2005. It was then discontinued in that year to make way for the Toyota IMV platform, and probably because of the tightening of emissions laws back then.

As we’ve said, the Tamaraw was replaced by several vehicles developed under the Toyota IMV platform. Despite the change, these vehicles still carry the principles and characteristics that made the Tamaraw such a smash hit. They were simple, robust, and could carry a lot even through sub-optimal terrain. Just take the Toyota Avanza, the Innova, and the Hilux for a test drive, and better yet, go through their specs and take a peek on their under chassis. What’ll you’ll find is a simple but effective platform that’ll last you for years just like the Tamaraw. Some examples are still in use today

Unsurprisingly, the Tamaraw, even some first-generation versions, are pretty much still a common sight today. As a UV Express vehicle, however, the Tamaraw’s Euro II can no longer meet the Euro IV requirement set by the Land Transportation Franchising and Regulatory Board. So today, the most common models being used as a UV are the Mitsubishi Adventure, Isuzu Crosswind, Nissan Urvan, and the Toyota Hiace. The Tamaraw's chassis, or its 3K engine or even restored examples are still being used as PUJ's in some Philippine provinces

In the provinces, however, some are even using refurbished, or even restored versions of the Tamaraw as public utility jeepneys. So yes, the Tamaraw is very much still a common sight today, and if it’s up to its driver’s, surviving examples may very well exist to ply Philippine roads for years to come. Hey, one can even say it’s practically immortal right?

So, like us, do you miss the Tamaraw? Did you have the opportunity to own one or ride on one back in the day? Are you still driving one?

For more nostalgia-filled articles like this, keep reading here on Philkotse.com.