Let’s reminisce about the Hilux 5th-gen and learn why it's so tough.

In the 1980s, the Philippines was certainly a very different place. In Quezon City, Commonwealth Avenue’s sides were dominated by trees. Moreover, the roads leading in and out of the provinces were little more than bulldozed dirt pathways that were occasionally reinforced with a sprinkling of limestone.

With that said, majority of Filipinos needed tough vehicles to go about their day. At that time, there were of course the several examples of Asian Utility Vehicles (AUV). But then again, the Toyota Hilux entered the scene, and so we got a taste of the car that cemented itself as immortal.

Back in the 1980s, Toyota models were sold by Delta Motors Corporation. However, the said company shuttered down in 1988 and was then replaced by the Toyota Motor Philippines Corporation (TMPC). At that time, TMPC introduced the fifth-generation Hilux.

Toyota’s formal entry into the country via TMPC made the Hilux a household name. The fifth-gen model of Toyota’s midsize pickup truck is also the second longest running Hilux model. It was offered from 1988 to 1998. 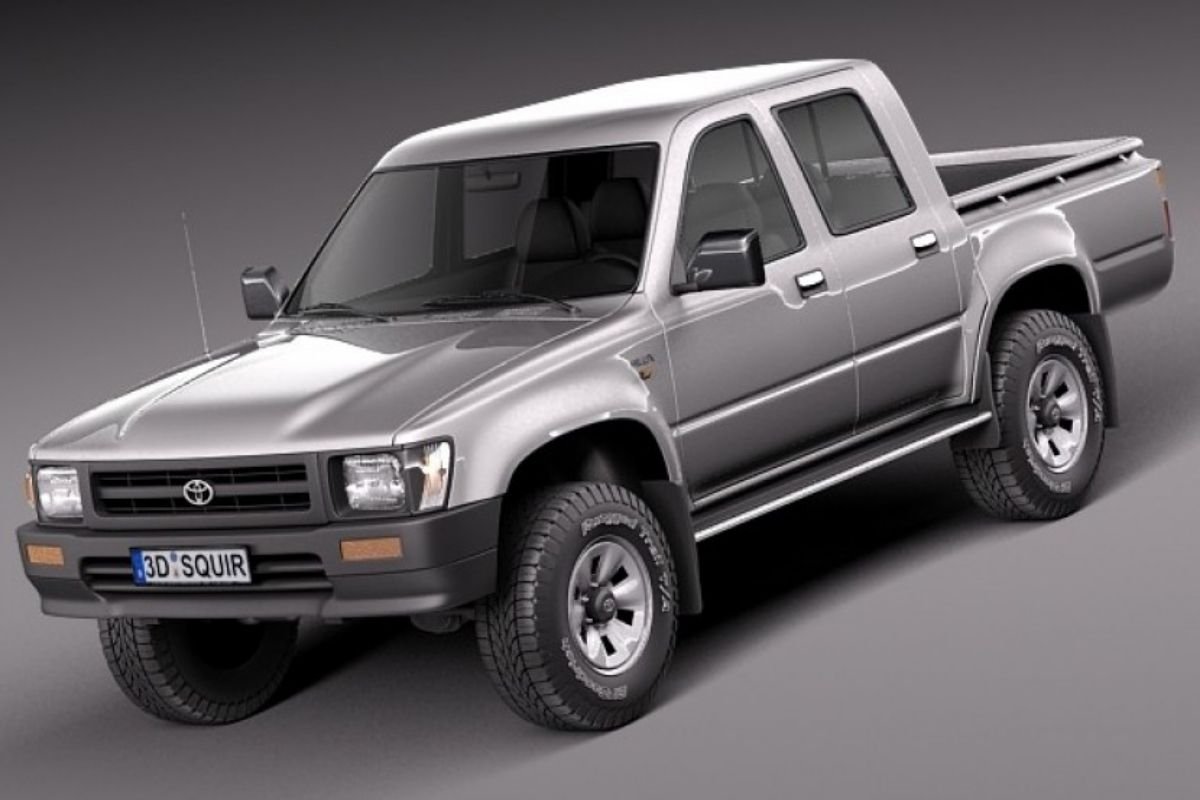 The 5th-gen Hilux looks boxy, and doesn't have much flair

So, what’s so special about the fifth-gen Toyota Hilux? Well, it wasn’t fast or sporty, but it was definitely a tough nut to crack. Current and previous owners of the truck also say that it was easy to maintain and fix.

This is of course, evident from the fact that the said model used the same diesel-sipping 2.4-liter 2L-II engine that powered the equally robust Toyota Tamaraw FX. The Toyota-made truck was also available in 4x4, and even from the factory, it had enough ground clearance to handle what the Philippine islands could throw at it.

The 2L-II engine was available throughout the fifth-gen Hilux’s lifetime, but it wasn’t that particularly strong output-wise. At the most, it can churn out up to 89 horsepower and 167 Nm of torque.

The said engine was paired to a five-speed, four-speed manual, or four-speed automatic depending on the variant and market. But then again, it was more than enough for what the Hilux was designed for, a workhorse vehicle. here was also the 2.0-liter 3L engine, which made 90 horsepower and 188 Nm of torque, as well as a bunch of gasoline engines. In the United States, their version of the fifth-gen Hilux was propelled by the 3.0-liter V6 capable of making up to 150 horsepower.

Then there’s the world-famous 2.4-liter 22R-E inline-4 gasoline engine, which many Toyota-heads argue as the most reliable gasoline engine Toyota ever made. Like the diesel engines though, this engine could only make 113 horsepower and 192 Nm of torque. But yes, there are records that it could reach more than a million kilometers on its odometer.

The most important thing about the Hilux however, is its boxed body-on-frame chassis. Other ladder-on-frame trucks at the time used a C-frame, which is called as such due to having a “c” shaped cross-section. The Hilux instead uses a fully-boxed frame which doesn’t have an open-ended channel at all. Sure, the C-channel type frames are cheaper to manufacture, more flexible, and lighter, but the fully boxed frame is just plain stronger. This is the key reason as to why the Hilux is so tough. Due to the aforementioned frame, it could be argued that the Hilux could carry heavier loads, on trickier terrain, for longer periods of time.

Today, the Hilux seventh-generation and the currently available eight-generation models are still using the boxed frame. This means that they have the tough credentials of their predecessors. In the US market however, Toyota replaced the fifth-gen Hilux with the larger Toyota Tacoma in 1997.

For the most part, the Hilux ended its stint in the US due to hefty import taxes, changing safety regulations, among others. The Tacoma and the Tundra also did away with the boxed frame chassis since the latter was found to be susceptible to rust. The interior of the 5th-gen Hilux. (Australia-spec shown)

As for the crude part, the interior of the fifth-gen Hilux didn’t have much to it. Most of its models didn’t have AC, and they didn't have any airbags. Its 4x4 system even used manual locking hubs, so you had to stop the truck, get out, and finagle with the hubs to engage 4x4. Again, it’s spartan, but it worked.

Toyota Hilux 5th-gen: You want one? Then read this

Being a work truck, surviving examples of the 5th-gen Hilux are mostly in rough shape aesthetically. Moreover, despite its strong chassis, even the Hilux’s mechanicals can suffer if abused. So, if you ever want to buy one, take note of the condition of its chassis and engine leaks.

Also, the 1988 to 1998 Hilux came under the radar of avid off-roaders due to its capability of taking the punishment from rough terrain. Off-roading is particularly stressful to any vehicle, even the Hilux.

If it wasn’t taken care of properly, it might have hidden mechanical problems that even the previous owner wasn’t aware of. As such, we advise that you bring a mechanic or another set of mechanically inclined eyes with you when checking out used Hilux units from this era. And lastly, watch out for haphazardly installed modifications as that might mean more trouble for you in the future. Overall though, the aftermarket support for older Hiluxes including the fifth-gen Hilux is still very much alive. And yes, there are countless mechanics operating nowadays who can fix the Hilux’s engine and transmission. They’re just that easy to repair.

You can view our car for sale section for the 1988-1998 Toyota Hilux and find one for yourself. For more nostalgic articles like this, keep reading here on Philkotse.com.