Learning about the leading causes of car accidents in the Philippines as well as the latest statistic is valuable for all citizens. Check out now!

Accidents happen anytime and anywhere but the road is among the most common places where they happen. Among the highest contributor to the rising number of accidents are developing countries. With that being said, let us take a closer look at car accidents in the Philippines. How common is it in the country?

Accidents happen not only because there is a high number of different vehicles running, but also because there are people and/or animals crossing, buildings around, infrastructures within the road and on the sidewalk, and more. What are the common causes of road accidents?  By knowing all of those in our following articles from Philkotse.com, we can become responsible drivers, crossers, and by-standers, or a better citizen in general. Let's get started!

1. Car accident in the Philippines: Overview

The Department of Health tags road accidents as one of the leading causes of death among children, overpowering other deadly diseases, including dengue. In fact, in Metro Manila alone, about two children die daily due to road accidents.

In relation to that, according to the car accidents Philippines report from the Metro Manila Accident Reporting and Analysis System, there are 394 fatalities (both adults and children) due to road-related accidents in the Metro.

This is somewhat lower than the 2017 data, which is a good thing. In totality, there are 14,553 road accident deaths and injuries involving passengers, drivers, and pedestrians. This gives us an average of 40 individuals per day. Road safety Philippines is in an alarming situation

>>> Also check out: Be Well-Informed: Facts About Road Accidents in the Philippines

In fact, according to data released by the World Health Organization (WHO), there are 1.35M lives taken due to road accidents in 2018. And statistics in the Philippines is recorded that 12,000 Filipinos die on the road every year.

With the high number of road accidents not just in the Philippines but around the world, concerned government and non-government institutions in the country are committed to finding ways to lower, if not zero out, the cases.

Some examples are the passing of the Child Safety in Motor Vehicles Act and Anti-Distracted Driving Act, as well as the strict implementation of wearing helmets, jaywalking, and other traffic rules.

Another is the celebration of the National Kids Safety Week and Road Safety Month which both promotes driver's awareness of the road safety Philippines. With such a situation, though, the MMDA is planning to lower speed limits and improve the roadworthiness of vehicles. In other cities, they have started towing illegally parked cars to ensure that the road has the right width to accommodate motor vehicles.

>>> For further reference: Republic act 8750 on seat belt law in the Philippines: Know it, Follow it

3. 5 common causes of road accidents in the Philippines

There are many factors related to road accidents such as the weather and road problems in the Philippines as well as the foot and vehicle traffic. With that in mind, here are the five most common causes of road accidents in the country. Exceeding the speed limit is also one of the common causes of road-related deaths and injuries in the Philippines. Not only is it because there are no designated officers to catch over-speeders, but also because some drivers are not really aware of the standard Speed Limit Law Philippines.

Some drivers might also over speed because of the traffic issues in the Philippines. With the heavy traffic and long hours in the road, drivers become impatient and once they have the opportunity to drive faster to reach their destination on time, they do so.

Driving Under the Influence of Alcohol

Drinking alcohol with friends, relatives, and co-workers is among the most common pastime and bonding moments of Filipinos; that maybe the reason it is one of the top causes of road-related accidents in the country. 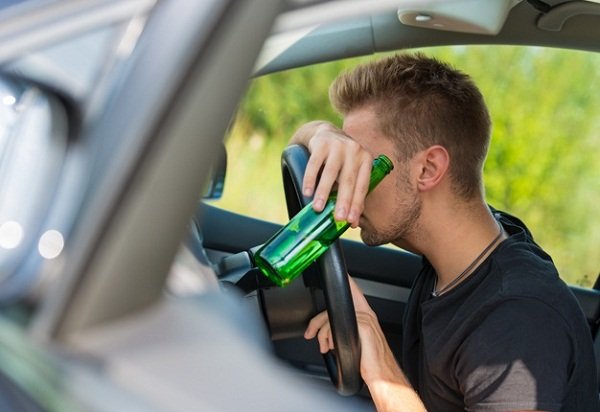 DUI Is Not Just Dangerous, It’s Also Against the Law

Alcoholic beverages are the so-called “downers”, which means you will have a lower level of alertness and focus.

Thus, if you plan on drinking, it is better to have someone to drive for you, commute, or at least limit your alcohol intake and take some time to drink water or coffee before you start driving. But of course, it is always best not to drink and then drive.

>>> Must read: Republic Act 10586 on Anti drunk driving Philippines: All you need to know

If you’ve been driving for years and long-distance, you might have come to a point where you’ve seen road accidents due to bad overtaking or near-death situations because the driver overtaking almost collided with a bus or another car.

This is a common scenario in the country because of failure to estimate the distance and time when overtaking. Again, some fail to give the right signal to the driver in front of them, as well as those at their back.

Always Overtake Properly and with Caution

Let’s admit it: most drivers in the Philippines are not so fond of using the turn signal light, or we use it but it is already too late. We might all, at some point in our lives, be guilty of this.

The recommendation is to switch the turn signal light on at least 30 yards before the turning point. This way, you will give the car at your back a chance to slow down at a proper distance. Failing to do so will cause collision; worst: the collision of multiple cars!

>>> Worth your reading: Reckless Driving in the Philippines: All about its consequences, penalty & more

Of course, road accidents happen not just because of motorists but also because of individuals on foot. Jaywalking is the number one reason people are hit with cars. Instead of using the overpass and proceeding to designated pedestrians, people just choose to cross anywhere. Jaywalking can cost your life

4. Where to Update with the Latest Accident News Philippines 2019

Why is it important for you to read or watch the latest news on road accidents in the country? As a driver and non-motorist, when you know where accidents happen frequently, you would be more careful.

For the real-time update of road accident situations in the Philippines, click here.

If you want more updates with the latest news about the car accident as well as the road safety in the Philippines, here are some suggested news sites:

5. Road accidents in the Philippines: Be aware!!!

A car accident in the Philippines is common. The growing number of cases plus deaths and injuries caused by such, despite the efforts of officials, is alarming.

Also, with the causes of accidents, it is clear that whether you are a driver or not, you should follow traffic rules and regulations in order to help lower or zero out the number of injuries, deaths, and damages due to road accidents in the Philippines.

That is all you need to know regarding car accidents in the Philippines. For more useful articles like this, please visit Philkotse.com.