10 Most Common Traffic Violations in the Philippines & Respective Fines

Remember to avoid all of these 10 traffic violation if you don't want to pay any peso for the police.

In 2016, there have been recorded a total of 209,830 incidents of traffic violation in the National Capital Region alone. This means that if there are 468,521 registered motor vehicles in the NCR, almost half of those had committed traffic violations.

According to the Metro Manila Accident Recording and Analysis System (MMARAS), the recurring traffic violations may be attributed to human error.

This entails different types of physical distractions or challenges and even negligence that a driver usually faces, which cause traffic woes. Whatever the causes may be, below is the list of most common traffic violations in the Philippines, compiled by Philkotse.com.

The DTS violation meaning is defined as all the activities of drivers disregarding traffics signs while driving on road.

The DTS violation fee 2021 carries Php 150.00 for the first, second and third violations. The DTS violation fee 2021 carries Php 150.00 for the first, second and third violations Obstruction carries a penalty of Php 150.00 for the first, second and third offenses

This violation is also known as the Unified Vehicle Volume Reduction Program (UVVRP), which aims to diminish traffic congestion especially during peak hours. This scheme restricts the utilization of major public roads by motor vehicles on the basis of the last digit of their plate numbers.

This violation carries with it a penalty of Php 300 for the first, second, and third violations.

>>> Click here to understand how the coding scheme works Number coding penalty in the Philippines is announced at Php 300 for the first, second, and third violations

Under MMDA Resolution 02-33, an illegally parked vehicle means those that are parked in zones prohibited by ordinance or existing law for parking purposes. It also includes those areas designated by local government units or authority as NO PARKING zones or areas. >>> For further reference: Illegal Parking Laws in the Philippines: How not to be a Parking Jerk

This violation pertains to the use of any vehicle or even its attachments on public road, thoroughfare, or street and deemed to be incapable of proceeding through its own motive power. This includes junked or dilapidated motor vehicles in Metro Manila.

The MMDA record in 2016 showed 7,568 cases of this violation. It warrants a penalty of Php 200 for the first, second, and third violations.

In EDSA alone, 11,888 cases of loading/unloading in prohibited zones have been recorded in 2017. This violation carries a penalty of Php 150 for the first, second, and third violations. In EDSA alone, 11,888 cases of loading/unloading in prohibited zones have been recorded in 2017

According to the Truck Ban Ordinance of MMDA, cargo trucks are prohibited to pass along some designated public roads (e.g. E. Rodriguez Avenue, Taft Avenue, España Street) at a given period of time and days of the week. A violation of this ordinance warrants a penalty of Php 2000.

On the other hand, cargo trucks are also totally prohibited to traverse, except on holidays and Sundays, along EDSA. Otherwise, the driver will be fined Php 500 for the first, second, and third offense. Cargo trucks are also totally prohibited to traverse, except on holidays and Sundays, along EDSA

This traffic violation refers to the act of driving dangerously, disregarding the rules of traffic, or even driving and causing accident and damage to person or property.

Among common violations, reckless driving penalty in the Philippines imposes Php 500 for first offense, Php 750 for second offense and suspension of driver’s license and finally for third offense, a revocation of driver's license and a fine of Php 1000. This is without prejudice to the possible filing of criminal charge against the erring driver. 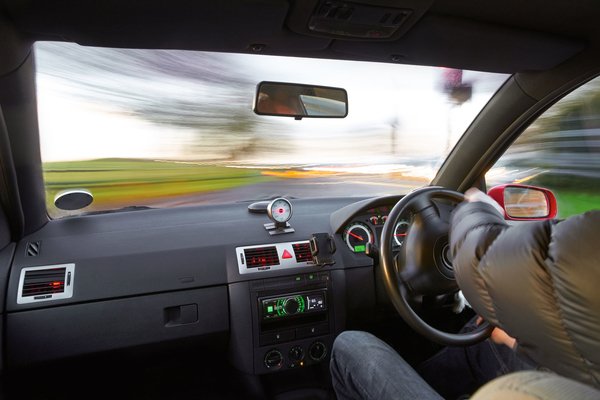 It should be noted that this is not only motorcycle lane violations but also includes those cases when motorcycle riders do not wear their proper riding gear (e.g. not wearing prescribed helmet, no side mirrors, riders wearing slippers or shorts).

In 2016, the MMDA recorded a total of 6,370 cases of this traffic violaion. A penalty of Php 500 for first, second, and third violations are imposed against erring drivers. Motorcycle-related accidents have skyrocketed over the years

This traffic violation is usually committed during rush hours as drivers tend to look for faster way to go home or just merely to avoid heavy traffic. This carries a penalty of Php 2000 for first offense and a suspension of driver’s license.

With those voluminous vehicles traversing our busy streets, one must be reminded that our behavior as motorists contributes to the aggravation of traffic problems in our country. If we try to observe the foregoing violations in the Philippines, most of it do not have such a big impact on the pockets of motorists.

Perhaps, this is one of the reasons why drivers tend to break the law just so they could drive according to their whim. That is the reason why one of MMDA’s proposal to curtail the growing number of apprehensions each year is to double the penalty for every traffic violation.