Know everything about the Anti Distracted Driving Act to protect yourself and other road users.

One of the recent laws enacted is the Anti-Distracted Driving Act in the Philippines. Accidents caused by texting and other activities have forced this law into existence. It will penalize all drivers guilty of distracted driving on the road.

Look though our post to equip yourself with implementing rules and regulations of R.A 10913.

For those driving in the Metro or any places in the Philippines, this is very relevant, and it isn’t enough to stress that it will cost a ticket for going against it!

Yes, that’s right; and no one is exempted from it. With everyone having their noses buried into their mobiles; the jeopardy of driver distraction increases hundred-fold too. Of course, many would belly ache and complain that it isn’t relevant that the Republic Act 10913 or the Anti-Distracted Driving Act should be given that much importance.

Words to the wise would dictate that eyes be glued to the road; but may drivers forget that when a phone call is picked up! Significantly the split-second loss of attention is a recipe for disaster. The problem isn’t only texting or calling while driving but the time needed to react to avoid an accident is almost nil!

By the way, the R.A. 10913 or Republic Act no. 10913 covers all manner of transport conceivable that uses any kind of public street, even horse-drawn carriages as a matter of fact! Other features of this edict are that operators of PUVs and commercial vehicles aren’t exempted from it, all tickets incurred will reflect on their organization or company.

No one is excluded, and that is an equalizing factor for everyone. It’s because of that very chance that the Act was formulated as a countermeasure for drivers who are simply bull-headed. This bull-headedness about controlled and regulated use of mobiles; while driving is meant to prevent an accident.

But the argument is that nothing has happened to justify the anti-distracted driving act is simply lacking. Bullish or not; the law says no mobile use while in any moving vehicle and that can’t be argued against!

Seriously, implementing those rules and regulations is difficult without enough information on what is allowed or not! The implementation does work both ways, and even enforcers should know all the rules of the Act make apprehensions as lawful as possible. It goes both ways for the Anti Distracted Driving Law to work; both law-abiding drivers and enforcers are needed, it's not a one-way street!

It is imperative that the MMDA should apply this law fairly and not allow it as an avenue for parvenuism. Only through proper dispensing and implementation can the Anti-Distracted Driving Act be a success.

>>> Read more: Lemon Law in the Philippines: 10 most FAQs of Filipino car owners

2. How much will the Anti Distracted Driving Act cost offenders?

Before anything else? Every motorist should know what it would cost him or her to be willfully ignorant or just be unaware of the existence Republic Act 10913. Seriously, many choose this path to justify their blissful ignorance and reason their way out of it. But, common sense will say not to get any call or text while driving!

Here’s the rundown of how much ignorance or just not giving any heed will cost the offending driver:

Please note that enforcers or those tasked will be trained to properly apprehend and give tickets to such deserving drivers, even with heavy tinted windows (training will be given to officers for apprehension procedures and methods, and tinted windows will be subject to rules and regulations). The MMDA has a lot to lose by mistaken ticketing, and even a heavily tinted car window is not a solution to texting or calling on the sly.

It seems that implementing rules and regulations of R.A. 10913 is a necessity; even if the perception of the R.A. 10913 Anti-Distracted Driving Act is against it. Drivers have no choice, but to follow the edict. If drivers are fined; that’s secondary to the keeping them safe behind the wheel.

3. Prohibited activities which are covered by Anti Distracted Driving Law

Now, here are activities using a mobile phone which are covered by the Law. Here’s everything that a motorist should avoid; that the distracted driving law implicitly prohibits and there’s no way around it. Any impunity when caught will just compound simple ticket writing or something worse. To be fore-armed is well armed which is the best defense to avoiding such inconveniences. Generally, these activities are still tied to the Act; and some will still be willfully ignorant and commit these offences. Just because they are not calling or texting which is a deadly misconception; can earn anyone a ticket. This one of the trickiest parts of what to avoid and that’s rather understandable.

When the Law is learned the painful way; it can be avoided just by learning what is covered by it!

It’s not all doom and gloom because the Anti Distracted Law does provide exceptions for use of mobiles, but only for receiving and making calls not when listening to music which classifies as a major distraction! Make a mistake and getting caught while listening to music isn’t a smart play and it just increases distraction more. There are other exemptions that are allowed; this is something that we should know as well. 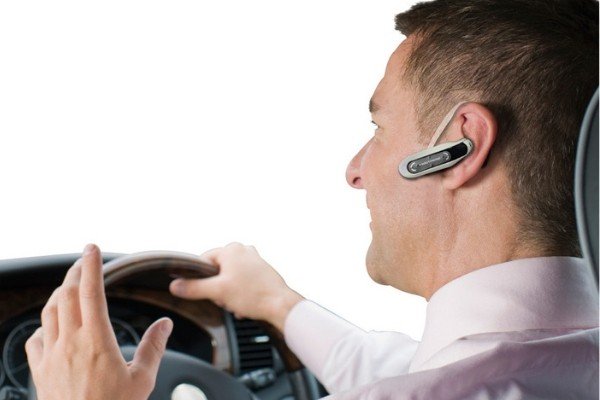 Hand-free earphones are encouraged to use while driving

Avoid placing any devices in the line of sight

The rule is not illogical but provides practical and useful rules that regulate mobile device use better. Nay-sayers can complain; but until accidents caused by distracted driving stops. The MMDA has a right to enforce it legally and fairly in the interest of public safety, regardless of negative opinions.

5. Who are deputized to apprehend all violators?

It is in the best interest of all concerned to know who will enforce the implementation of the R.A. 10913. It is tasked by the Land Transportation Office (LTO) to implement the R.A. 10913; only it can authorize the MMDA, PNP, and LGUs as enforcers of this law. Any other entity should have written and publicly declared permission to enforce it.

So, technically any place is subject to this edict where any authority is present! This would clarify further this technical aspect of the Act for further reading. Information is power and ignorance will be a way to be taken advantage of without further research.

6. What the Anti Distracted Driving Law bodes for everyone

The R.A. 10913 has far-reaching repercussions for motorists who take distracted driving for granted! As of this writing; the Republic Act no. 10913 or the Anti-Distracted Driving Act has been in place nationwide since May 18, 2017. It’s not easy to say how effective or not it is, but it aims to protect drivers and pedestrians as well! It can’t be avoided, but it has good intentions that can’t be ignored as it goes.