Toyota Philippines is launching another model on September 12

And you probably already know what it is.

Toyota Motor Philippines (TMP) is on a roll this year as it launched the new Wigo, the facelifted Vios, the Hiace Cargo, and the all-new Corolla Cross. Along with the new model launch, TMP also introduced the Kinto car leasing program. Now, the Japanese marque is launching a new model yet again, and it’s more likely to be the Hilux.

On a more global scale, Toyota has already launched new versions of its best-selling Hilux in other Asian markets. A few weeks ago, we even reported on the facelifted Toyota Hilux’s unofficial list of variants and prices for the Philippine market. The said report says that the Philippine-spec Hilux facelift will be getting 11 variants with prices ranging from Php 843,000 to Php 1,830,000. The facelifted Toyota Hilux is a macho looking pickup-truck isn't it?

As such, it seems the Toyota hype-train isn’t keen on stopping soon. This is because the company has recently revealed that it will be launching a new model on September 12, 2020. It is another digital launch, and as we’ve said we’re guessing that this is the digital launch of the facelifted Toyota Hilux.

Toyota PH is yet to confirm that it is indeed for the new version of its pickup truck model. We can expect more information to come out through the company’s official Facebook page in the coming days. 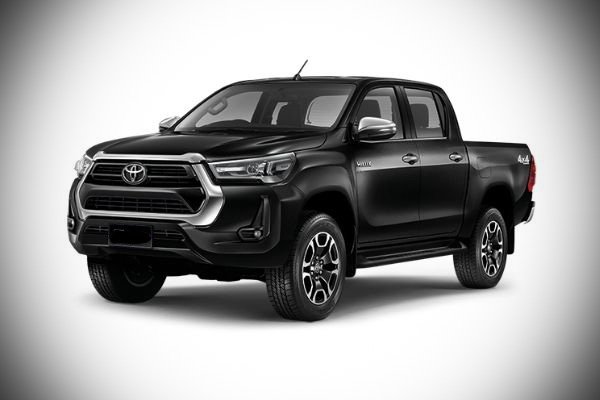 If Toyota PH is indeed launching the facelifted Hilux, will it look like the Thai-spec ones? Let's wait and see

As for the new Toyota Hilux itself, the report says that its top-of-the-line variant will be getting 18-inch wheels, LED taillights, LED headlights, and an infotainment system that has Android Auto and Apple CarPlay. It was also reported that Toyota will be dropping the 4x4 G and the 4x4 E 2.4-liter models while adding two new variants.

Are you excited about the Philippine launch of the new Toyota Hilux? Be assured that Philkotse.com will be monitoring the digital launch event. So if you want to be among the first to know, keep monitoring our news section.