It is as clear as daylight that Toyota Motor Philippines (TMP) is on a roll this year. This 2020, the Japanese marque has introduced the facelifted Wigo, facelifted Vios, and Corolla Cross in the local market. Now, TMP will be adding the refreshed Toyota Hilux in its lineup.

TMP will launch the facelifted Hilux next month as stated in a report by Autoindustriya.com. The facelifted Hilux will provide a more muscular and robust look. The top-spec Hilux Conquest will feature LED headlamps, LED taillights, 18-inch machine-finished wheels, and infotainment that supports both Apple CarPlay and Android Auto. 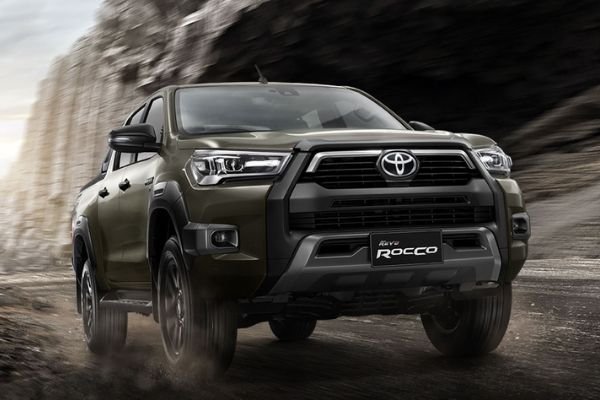 The facelifted Hilux sure looks like a promising vehicle

For this year, TMP is focusing most of the changes in the Toyota Hilux’s model range. The Hilux 4x4 G models will reportedly be discontinued according to Autoindustriya.com’s sources, as well as the Hilux 4x4 E 2.4L models.

TMP will reportedly add two new Hilux variants. The first one is a cargo version of the Hilux similar to the current Hilux FX while the other is a 2.4 4x4 J MT variant. Both of these new reported variants have no official specifications just yet. Design-wise, can the new Hilux be the new favorite pickup truck?

TMP hasn’t confirmed any details of the upcoming facelifted Hilux. For the meantime, here are the unofficial variants and prices soon to be offered in the facelifted Toyota Hilux: