Proudly Philippine-made: Toyota Vios is the symbol of Filipino mobility

When it comes to gauging a car model’s performance, reliability, and overall value, numbers are still largely considered the overall barometer. Toyota has always had a distinct advantage on that front, being the country’s sales leader for the past 18 consecutive years. And with the country still being primarily a sedan market, the Vios subcompact stands out among its local offerings. The Vios has become the heir to the Corolla's legacy of practical, affordable, and reliable mobility

Time was when the Toyota Corolla lorded it over as the Toyota to have in the minds of Pinoy car buyers. It served as the brand’s torch-bearer, the benchmark of what the ideal sedan was for the Filipino household – practical, trustworthy, affordable, the hallmarks of an ideal Toyota. As with the drivers and their families who spent so many memorable journeys inside the cabin of one, the Corolla grew up and became more refined, more upscale. Not that it was a bad thing in and of itself, but that meant it was moving on to greater things from its role as a family car. It was time for an heir to the throne.

Enter the Vios in 2002. It was the younger iteration of Toyota’s flagship model, sporting the same functionality in a more space-efficient package, and that centrally-mounted instrument panel added a dose of quirkiness. It didn’t take long for customers to take to the new model, and soon the Vios became a mainstay in our streets, serving multiple roles as private vehicles, corporate service cars, and transport fleet workhorses. By the time the second-generation model came around, Toyota recognized that the local market needed to have greater access to the Toyota Vios and its components. From importing the Vios overseas, Toyota began producing the model locally at its Santa Rosa facility in 2007.

This resulted in having a shorter turnaround time when it came to the necessary components, as well as quicker indent orders, since the assembly is all done here. Since then, over 300,000 units have rolled off the assembly line. For what it’s worth, the Vios is the closest thing the market has to a Filipino-made car. The Pinoy driver's fondness for the Vios extended to the second-generation model which earned the nickname, "Batman"

The Vios Cup one-make race series launched in 2014 served to promote the Vios even more aggressively among car buyers. This cemented the model’s reputation as a capable everyday car that can also be exciting to drive, with staggering sales figures of over a million units since 2002.

When the government embarked on the Comprehensive Automotive Resurgence Strategy (CARS) Program in 2015 to capitalize on consumer demand and restart the local auto industry, Toyota was one of those who answered the call. By this time, the Vios became the standard against which all other Toyotas would be measured, and was readily fielded as the company’s entry with a commitment to produce 200,000 units in six years. But beyond just selling cars to customers and taking care of its bottom line, Toyota’s participation in the program has been key to sustaining the livelihood of its on-site employees and workers, its network of dealerships all over the country, as well as its trusted lineup of parts suppliers. 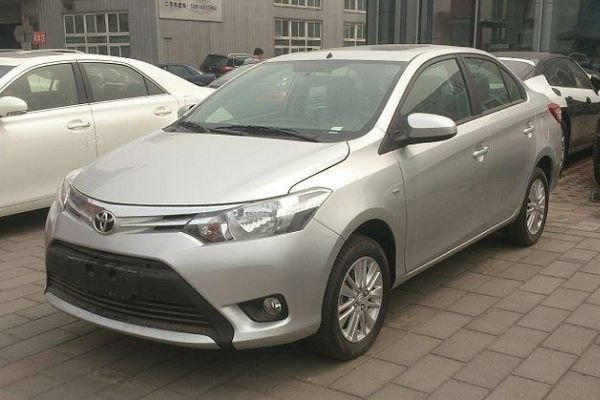 By the third generation, the Vios had truly come into its own

From its beginnings almost two decades ago, the Vios has certainly come a long way in symbolizing Filipino mobility. But the journey is far from over, with more opportunities on the road ahead for future generations of motorists to experience the satisfaction of driving a car that embodies the spirit of Toyota, diligently and confidently put together with Filipino hands.

Know more about the new facelifted Toyota Vios at toyota.com.ph/vios.

This story was produced in partnership with Toyota Motor Philippines.